In the annals of baseless, unprovoked Internet attacks, few have approached the temerity of today’s Slate anti-grapefruit screed. To writer Katy Waldman, the grapefruit is “unwieldy, disgusting, and in some cases dangerous to eat. It is indisputably the worst fruit anyone has ever put on a plate.” As someone who eats grapefruit on a near-daily basis and finds them absolutely delicious, allow me to defend this unfairly maligned fruit, which, because it is a fruit, lacks the ability to defend itself (though that hardly mattered to Waldman).

Waldman’s first gripe about the grapefruit is that it is “impossible to eat” — not to mention, hazardously squirt-prone. However, this is because she eats a grapefruit with a spoon. Of course it’s difficult to eat with a spoon. It’s also difficult to eat ice cream with an egg beater. So eat grapefruit like I do: Get a sharp knife and cut it into convenient, easy-to-handle wedges, which takes all of two minutes. If that’s too time-consuming for you, enjoy your diet of McSnack McWraps. 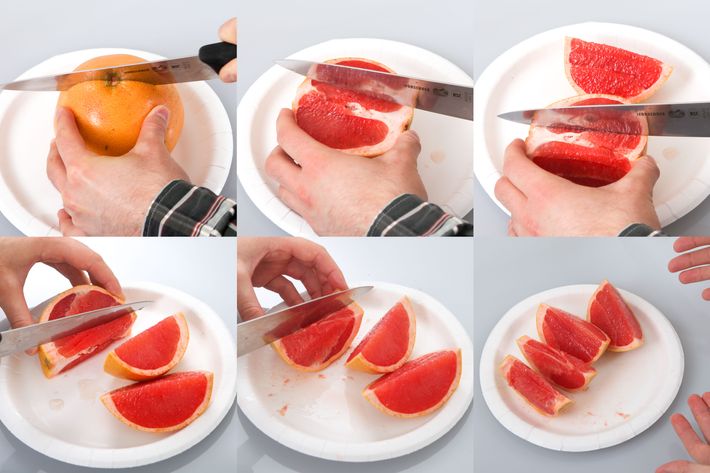 Waldman’s jeremiad also claims that the grapefruit “tastes awful” and points to an online poll that found that 26 percent of respondents hate the fruit. Guess who doesn’t hate grapefruit? Seventy-four percent of us, or more than enough of a majority to pass a pro-grapefruit bill through the infamously intractable U.S. Senate. If Harry Reid and Mitch McConnell could agree on everything as much as they surely agree on grapefruit, unemployment would be at 4 percent by now.

Finally, Waldman points out that grapefruit can be outright dangerous in some situations — specifically, for those taking certain medications, such as antibiotics and cholesterol inhibitors. It pains us that these people are unable to enjoy the refreshing tartness of the grapefruit — or the “Fruit of the Gods,” as some have called it — but this should hardly condemn the fruit itself. Antibiotics also interact with exposure to sunlight, for example, and yet sunlight is the very source of life on Earth. Would Waldman have us all relocate into the subway tunnels to live with the mole people, just as she would have us shun grapefruit? Users of Lipitor are advised to avoid having babies while on the drug. Are babies evil now too? What have babies ever done to Katy “baby hater” Waldman?

In conclusion, grapefruit, and babies, are both two of mankind’s most cherished natural wonders.