The man pushed in front of a Q train yesterday has been identified as 58-year-old Queens father Ki Suk Han. Along with the headline “DOOMED,” he can be seen on the cover of today’s New York Post struggling to climb from the tracks back onto the platform as bystanders look on in the distance. “I just started running, running, hoping that the driver could see my flash,” said R. Umar Abbasi, the Post freelance photographer whose chilling picture made the front page. The train slowed down, Abbasi said, but still “crushed him like a rag doll.” Could anyone have helped?

The cover has been described as “sickening rubber-necking” and led many on social media to wonder why everyone just stood around and watched the horror happen. According to witnesses, there just wasn’t enough time. “Out of the periphery of my eye, I just saw a body flying, flying through the air,” Abbasi told the tabloid. “People started waving their hands, anything they could find. They were shouting to the man in the tracks, ‘Get out! Get out of there!’”

As other riders congregated toward one end of the platform, Han and the man were about 100 feet away from them.

“He went up and tried to calm him down, saying, ‘You’re scaring people,’ ” a law-enforcement source said.

As the train’s arrival was announced over the loudspeaker, the attacker “just grabbed [Han] and launched him — just threw him — straight onto the tracks,” a witness said.

Han reportedly sat dazed on the tracks with the train approaching, a moment also captured by Abbasi and published in the Post: 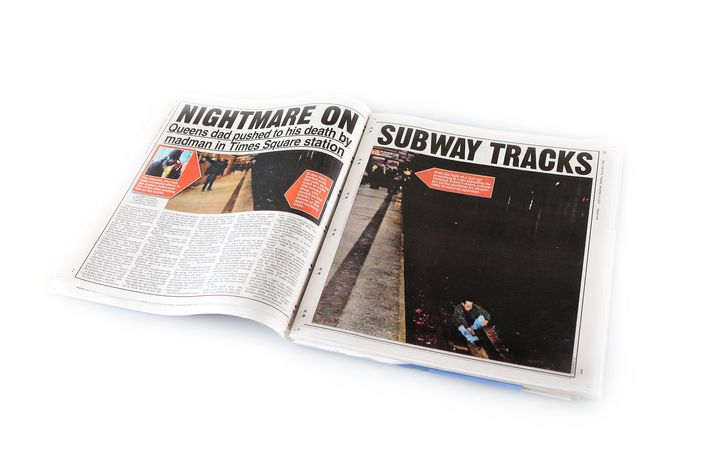 “The most painful part was I could see him getting closer to the edge. He was getting so close,” Abbasi said. “And people were running toward him and the train.”

“As I was running toward the train, the man I believe pushed him ran the other way, and I heard him say, ‘Goddamn motherfucker,’” the photographer continued. “I didn’t think about [the perp] until after. In that moment, I just wanted to warn the train — to try and save a life.” We’ve reached out to Abbasi for more details and will update when we hear back.

THE FEED
9:00 a.m.
poll position
poll position
Why Are Pollsters Disagreeing About the 2022 Midterms?
By Ed Kilgore
If one influential Republican-leaning pollster is right, Patty Murray and Josh Shapiro should be worried. Others scoff at the idea.
10/1/2022
what we know
what we know
Hurricane Ian’s Death Toll Continues to Climb
By Intelligencer Staff
Rescue efforts are still underway in Florida, where inland flooding continues to hamper recovery efforts.
10/1/2022
just asking questions
just asking questions
The Surge That Could Save Democrats
By Nia Prater
Tom Bonier makes the case that women are registering to vote in a fury after Dobbs and have the potential to reshape the midterms.