Let us first take a moment of silence for Aretha Franklin’s hat. If that’s pretty much all you can remember from Barack Obama’s inauguration four years ago, do not despair, for the first all-out meme election was followed by the inaugural meme inauguration, with every vaguely funny or touching moment GIF-ed, screenshot-ed, and played back for posterity. Hats again played a prominent role, but they did not command the respect and attention of the First Lady’s haircut or Beyoncé’s improvisational sass. Below are the day’s best moments, assuming they could be clipped and shared instantly.

Speaking of headwear, Senator Harry Reid, Justice Antonin Scalia, and some other gentleman had their own adventurous fashion choices lurking in the background: 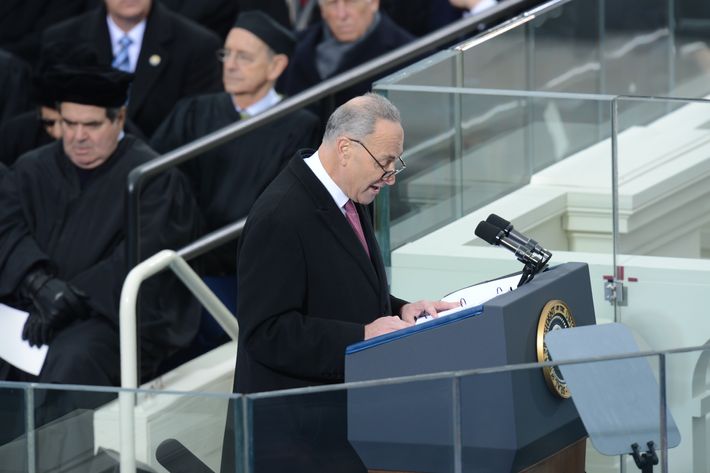 And Katy Perry held it down for the memory of Aretha’s moment:

Malia danced with excitement with her mom (via Digg):

While Sasha, who definitely had to wake up way early, yawned (via @ditzkoff):

New York’s own Charles Schumer did some hovering and ended up in the background of some otherwise nice photos:

And Bill Clinton got caught leering at Kelly Clarkson (via @BrooklynSpoke): 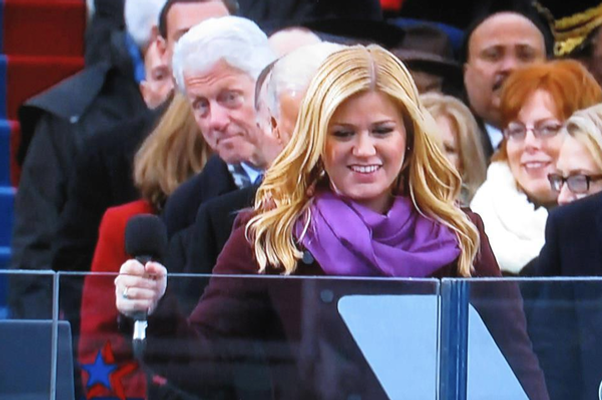 The Obama kids did some photobombing as well, with Malia ruining Sasha’s perfect kiss picture (GIF via lipgallagher):

Malia photobombs as Sasha tries to snap a photo of a presidential kiss #inaug2013 twitter.com/kerstinshamber…

Michelle Obama, rocking the Über-confidence that new bangs can supply, moved the debt ceiling herself with the force of her eye roll in the direction of John Boehner (via mattyrab and in GIF form from the Atlantic Wire):

Eric Cantor had his own stink face during the ceremony (via @mattspencedc): 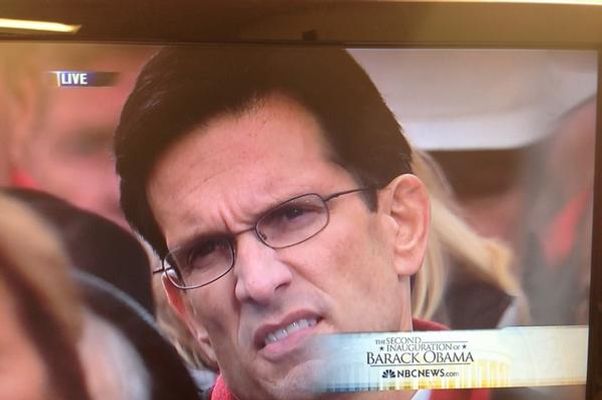 But Beyoncé killed the National Anthem, with or without the cooperation of her earpiece:

The day, though, belonged to Obama, who took a second to marvel, as GIF-ed by @nowthisnews (note the Obama girls alerting White House photographer Pete Souza to the historic moment):

And with audio: “I want to take a look one more time,” Obama said. “I’m not going to see this again.”