What a seastead could look like if someone ever builds it.

Everyone pretty much agrees that Obama’s America is tanking, fast. Taxes are up slightly on the wealthy, Congress wants to ban our most efficient people-killing machines, and government regulation forced Beyoncé to lip-synch the National Anthem after she failed to submit the proper public-singing permits. Thankfully, there is hope on the horizon in the form of various quixotic conservative utopias that will definitely exist someday. Before you pack up your family and sell your home, though, take some time to decide which promised land is right for you.

For the Conservative Doomsday Prepper: 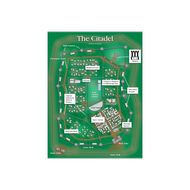 If you’re the “strong, self-reliant, and Liberty-loving” type and you’re also convinced that society is bound to collapse soon, check out the Citadel. A walled community nestled in the mountains of Idaho, the Citadel will contain everything a postapocalyptic society requires, like schools, a power plant, an underground bunker, and a gun factory, as well as plenty of things it doesn’t require, like a firearms museum with a reflecting pool. Gun ownership and regular militia training are mandatory for residents so that they will be ever-prepared for a “firefight with an Enemy of Liberty,” which, considering the sheer volume of liberty that is going to be happening at the Citadel, is inevitable.

For the Adventurous Libertarian: 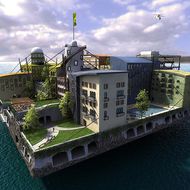 Led by Patri Friedman (the grandson of economist Milton Friedman) and PayPal founder Peter Thiel, the Seasteading Institute hopes to establish micro-nations on permanent off-shore platforms, free from the laws of any country. The movement is inspired by libertarian ideals, but sees seasteads as government start-ups that can “experiment with a wide variety of political ideas in order to find out which are most desirable to their residents.” One note of caution for libertarian idealists: Even on seasteads in the middle of the ocean, the Institute does insist on some limits to individual freedom. “Actions seen as a serious threat to the security of other nations ought not be tolerated aboard seasteads,” the site’s FAQ reads, “such as letting terrorists launder money, exporting drugs to countries where they are illegal, or researching or building weapons of mass destruction, particularly with nuclear capabilities.” Basically, all of the fun things. But you can’t beat the ocean views. 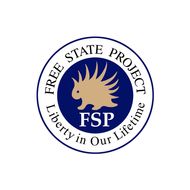 Since 2003, the Free State Project has been beckoning libertarians to New Hampshire with the goal of amassing enough political clout to transform the state through the ballot box and the legislature. So far, more than 1,100 people “frustrated at the loss of freedom and responsibility in America” and the “growth of government and taxes” have responded to the call by relocating to the Live Free or Die State, and another 13,600 have pledged to do so in the future. This is your best option if you want to live in a libertarian utopia but you also want to visit your family in Boston every once in a while.

For the Conservative Who Can’t Get Enough of Glenn Beck’s Bullshit: 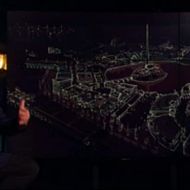 A hybrid between a city and the world’s least fun theme park, Glenn Beck’s Independence Park will not only be a place to live but also a “retreat from the world where entrepreneurs, artists, and creators could come to put their ideas to work,” because they’re unable to do that presently. Independence Park would include a marketplace, a ranch, a “church modeled after The Alamo” for some reason, and, most important, a media center “where Glenn’s production company would film television, movies, documentaries, and more.” If buying Glenn Beck’s books and DVDs and CDs and magazine and subscribing to his TV channel and attending his Christmas specials has only increased your desire to throw as much of your money as possible at Glenn Beck, Independence Park is where you belong.

For Conservatives Who Really Want to Shove Their Success in Detroit’s Face: 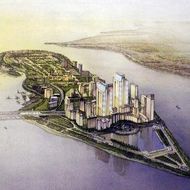 A group of wealthy businessmen want to buy Belle Isle off the coast of debt-ridden Detroit for $1 billion, declare it a semi-independent U.S. territory with its own laws and currency, and develop it into a world-class finance hub with minimal government regulation and low taxes and glistening new skyscrapers that would make Detroit burn with jealousy. The Belle Isle Commonwealth is not for everybody, however, and by that we mean it is not for poor people: Prospective immigrants must have a good credit rating and will have to pay $300,000 “as a citizenship fee.” They must also have a “command of English,” a requirement designed to “foster common understandings” and keep out Rick Perry.

+Comments Leave a Comment
Which Conservative Utopia Is Right for You?

4/16/2021
georgia election law
georgia election law
Can Suppressing Votes Save Brian Kemp?
By Ed Kilgore
Kemp is using Georgia’s new election law to heal a breach with Trump-loving conservatives but so far has drawn only a gadfly primary opponent.
4/16/2021
housing
housing
To ‘Build Back Better,’ America Must Build More Housing
By Eric Levitz
A historic housing shortage threatens to hamper the post-COVID recovery.
4/16/2021
side effects
side effects
Why the Second COVID Shot Makes You Miserable
By Jeff Wise
Unpleasant side effects are in part a consequence of lightning-quick vaccine development.
4/16/2021
foreign interests
foreign interests
Withdrawing From Afghanistan Is Biden’s Least Bad Option
By Jonah Shepp
The pullout of U.S. troops will likely have tragic consequences for Afghans, but remaining indefinitely offers no clear path to victory.
4/16/2021
politics
politics
5 Revelations From John Boehner’s New Memoir
By Jonann Brady
In On the House, the former Speaker praises Nancy Pelosi’s “killer instinct,” unloads on Ted Cruz, and claims Mark Meadows once begged on his knees.
4/16/2021
intelligencer chats
intelligencer chats
What the Mainstreaming of Crypto Means for Normies
By Benjamin Hart and Jen Wieczner
Digital currencies are likely to become more intertwined with everyday life.
4/16/2021
politics
politics
The GOP’s Barebones America
By Sarah Jones
Behind a narrow definition of infrastructure lies a narrow vision for the country.
4/16/2021
mass shootings
mass shootings
8 Killed in Shooting at FedEx Warehouse in Indianapolis
By Margaret Hartmann
At least five other people had been hospitalized with injuries, including one in critical condition. Police said the gunman killed himself.
4/16/2021
capitol hill
capitol hill
Chuck Schumer Has Changed
By Gabriel Debenedetti
Why is the former “angry centrist” pushing his party to go bigger, bolder, and more progressive?
4/15/2021
nyc mayoral race
nyc mayoral race
The New York City Mayoral Race Is Starting to Get Petty
By Matt Stieb
In the nation’s largest city, leading mayoral candidates Andrew Yang and Eric Adams squabbled on Thursday over New York officials’ parking habits.
4/15/2021
vision 2020
vision 2020
Yes, Geographical Polarization Was a Big Deal in 2016 and 2020
By Ed Kilgore
New data shows that the suburban swings to the left and rural swings to the right are consistent with the intuitive trends in the last two elections.
4/15/2021
crime
crime
Why Do Tasers Look Like Guns Anyway?
By James D. Walsh
Daunte Wright’s killer is not the first law-enforcement officer to confuse the two, often with deadly consequences.
4/15/2021
police shootings
police shootings
Video Shows Chicago Police Shooting and Killing 13-Year-Old With His Hands Up
By Intelligencer Staff
The Chicago agency investigating police shootings released the graphic footage of an officer shooting Adam Toledo, whose hands were raised.
4/15/2021
infrastructure
infrastructure
GOP to Biden: Raise Taxes on Our Rural Base, Not Coastal Elites
By Eric Levitz
Biden wants to fund infrastructure with taxes on the (largely coastal) corporate elite. Republicans insist on soaking their own base instead.
4/15/2021
coronavirus
coronavirus
Israel Drops COVID Rule Requiring Masks Outdoors
By Matt Stieb
It’s a milestone for one of the nations to roll out the vaccine the fastest, though vaccination rates in Palestine lag significantly.
4/15/2021
extremism
extremism
McConnell Howls About Court-packing Just As Pelosi Nixes It
By Ed Kilgore
It’s a good example of how smears of the opposing party can run abruptly into countervailing reality.
4/15/2021
minnesota
minnesota
Is This a Community?
By Zak Cheney-Rice
Despite their rhetoric, the Brooklyn Center police have an open disinterest in actual community with city residents.
4/15/2021
climate change
climate change
New York Magazine’s David Wallace-Wells Testifies Before the Senate on Climate
By Paola Rosa-Aquino
Author of The Uninhabitable Earth on the cost of inaction.
4/15/2021

“The routine surgery was successful, and he is expected to fully recover and return to normal activity in the coming days,” Pence’s office says.
—@NBCNews
4/15/2021
crime
crime
Derek Chauvin Invokes Fifth Amendment, Won’t Testify
By Nia Prater and Margaret Hartmann
The defense has rested and closing arguments are set for Monday.
4/15/2021
the economy
the economy
The Biden Boom Has Begun
By Eric Levitz
Jobless claims are falling, factory production is rising, and retail sales are skyrocketing as Biden’s stimulus kicks in.
4/15/2021
politics
politics
Independents Aren’t Nonpartisan, They’re Just Disengaged
By Ed Kilgore
The increasing number of self-identified independents feeds partisan polarization by turning the parties over to ideologues and “outsiders.”
4/15/2021
crime
crime
Ex-Officer Who Fatally Shot Daunte Wright Charged With Manslaughter
By Nia Prater
Kim Potter was arrested and charged with second-degree manslaughter on Wednesday. She has been released on a $100,000 bond.
4/15/2021
covid-19
covid-19
What We Know About the Johnson & Johnson Pause and Vaccine Hesitancy
By Paola Rosa-Aquino
Europe faced a similar problem over a shot and clots.