Contrary to popular belief, most people at CPAC are not wearing Reagan masks. Photo: Jacquelyn Martin/AP/Corbis

Earlier today, I strolled around CPAC, clipboard in hand, to find out where conservatives stand on some of the most pressing issues of the day: guns, gays, and Chris Christie. Although our brief 50-person poll is not composed of a perfectly representative sample of CPAC attendees, I did strive to achieve a balance between young and old, women and men, white and … well, there was definitely at least one black guy in there. Here are the results, in pie-graph form. 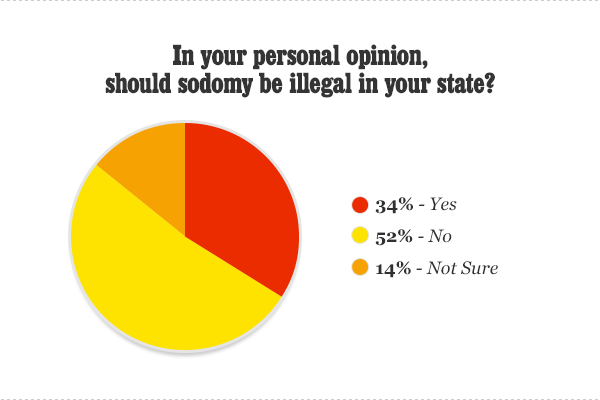 Anti-sodomy laws are not an issue right now. The Supreme Court struck them down in 2003. So why ask about them? Because individual liberty is a bedrock conservative belief — or at least it’s supposed to be. And yet a sizable swath of conservatives think that the government should ban gay people from having sex in the privacy of their homes. Interesting. 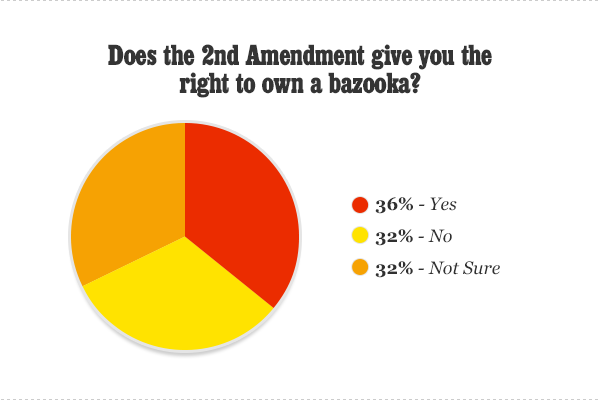 Is the right to bear arms absolute? Does it include all arms? Senator Ted Cruz seems to think so. Most people at CPAC don’t necessarily agree. 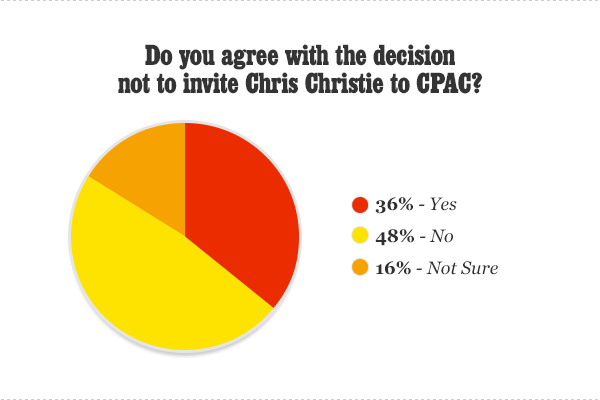 One of the bigger controversies surrounding CPAC this year was the exclusion of Chris Christie, arguably the most popular Republican politician in the country. Nearly half of CPACers wish he had been extended an invite … 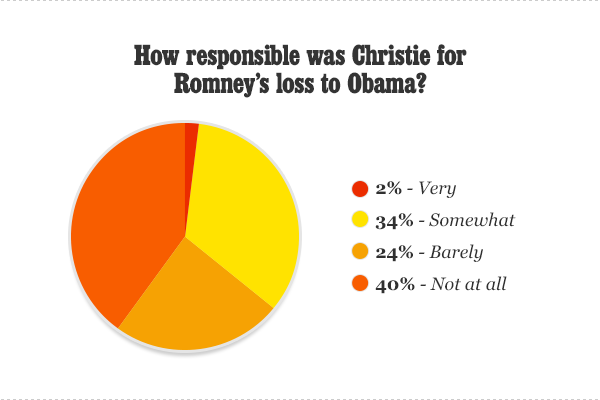 … even though a majority of them think that his Obama praise following Hurricane Sandy was at least partially responsible for Romney’s loss in the presidential election. 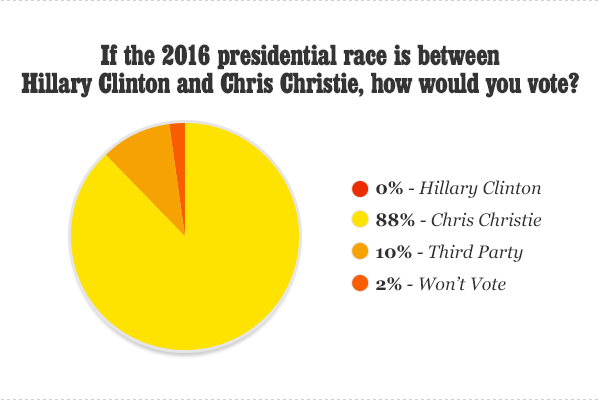 Nevertheless, when it comes down to it, conservatives wouldn’t defect to the dark side in a Clinton vs. Christie 2016 matchup.