A lot of legitimately important and crazy stuff has been happening in Cyprus this week as the tiny island nation undergoes a fiscal crisis. There’s an extended bank holiday, parliamentary drama, a foiled bailout plan, Cypriots frightened about the prospect of getting money confiscated from their accounts, angry Russian mobsters. And we’re trying to make sense of it all.

But frankly, we barely knew Cyprus existed until a week ago. So we tracked down an honest-to-God Cypriot — a 26-year-old TV actor named Antreas Achilleos, who lives in Limassol, the second largest city in Cyprus — and asked him a bunch of annoying questions about his country. Antreas (pictured above) kindly wrote back with answers.

Okay, Antreas, first question: What the hell is happening over there?
First of all, all bank accounts are frozen for the time being. The Eurozone wants to make a one-off deduction off of savings and other accounts. Even on loans, too.

Have you tried to get any cash out of your accounts? Are people lined up at the ATMs like we see in photos?
If the bank has cash in the ATM, yes. Otherwise no!

That makes sense, I guess. And are there protests where you live? Is everyone discussing the depositor tax? What are most people saying about it, now that Parliament has voted against the original plan?
There have been a few protests outside the president’s mansion, not a big number of people attended it, though. I live in Limassol, a city in Cyprus. Everyone is discussing the depositor tax, yes. It has become the main concern for everyone here — even people who don’t have money saved in the banks. As I mentioned earlier, there will be a tax on loans, too. So people who will try to get a loan in the future will taxed on that, too. Most people have gone against the president to begin with. They have calmed down a bit now, but everyone is still worried.

What are you going to do with your savings when the banks reopen? Stuff euros in your mattress?
Well, no one obviously trusts the banks anymore. So I guess we will be using the old-fashioned way: a piggy bank.

Do you feel like the Cypriot government is acting with your best interests in mind? If you were President Anastasiades, what solution would you suggest to Eurozone leaders?
I believe the government is acting with their own best interests. They have done so for a good few years now. They are all happy with the big salary they get, while the citizens are pretty much struggling with their own finances. And now they tell the people they will take a sum of their money? This is not fair. The money people have in the banks are for times of need, or for their children for when they grow up. If I was Mr. Anastasiades, I would resign — people blame him for many things now.

Should Cyprus leave the Euro?
Yes, if it is the best for us!!

Okay, enough about fiscal policy. What should Cyprus be famous for, other than Russian money-laundering and economic turmoil? Are there good bands? How are the beaches?
Cyprus is famous for its Greek cheese called halloumi, its Cypriot mezes, and its alcoholic drink called Zivania. Tourists are mostly attracted by Cyprus’s sandy beaches and its great historic ruins.

What is Zivania? And do Cypriots actually drink it? Or is it like in New York, where nobody orders $17 cosmopolitans except tourists?
This is Zivania! 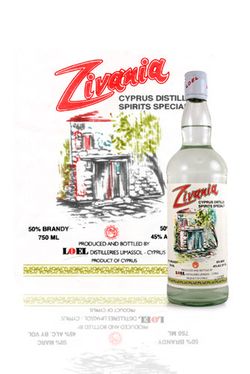 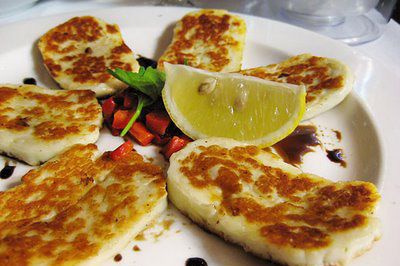 You didn’t answer my question! Do Cypriots drink Zivania? Are you drinking Zivania right now?
The Cypriots, yes; me, no — hahahaha, I don’t like it!!! Also, Zivania is made from grapes. Cypriots do drink it especially if it’s accompanied with a Greek meze. It’s a pure white spirit, unlike a cosmopolitan. You drink it small shot like glasses. It is always kept in the freezer as it has to be really chilled to consume it.

Okay, so the president should probably not offer Angela Merkel 1 million bottles of Zivania in exchange for bailing out Cyprusthen?
By the look that’s always on her face, she most probably needs a drink or two. Ha-ha.

Sick burn! But seriously, that is a better plan than depositor haircuts.
Yes, you have a point!!!

Any final thoughts on the political situation there? How do you think it’s going to end?
My last thoughts are that we are all afraid of what the future holds for Cyprus. The island is a delicate state now and anything else can put the island to bankruptcy. I believe things will change for the better if the right decisions are made. Tourists used to call it “paradise,” and if the right measures are made we can bring back that title. But only time will show.