The board of doom.

Over the past three days, a booth at CPAC manned by the libertarian group Young Americans for Liberty has been asking attendees to fill out a questionnaire about their political beliefs on different issues. The answers, once tabulated, produced an overall ideological score which was plotted on a cardboard matrix with a small American flag.

As you can see in the photo below, the vast majority of the flags ended up in the libertarian quadrant. (It’s not clear to what degree this is a result of the questionnaire having been written and scored by, you know, a libertarian advocacy group.) 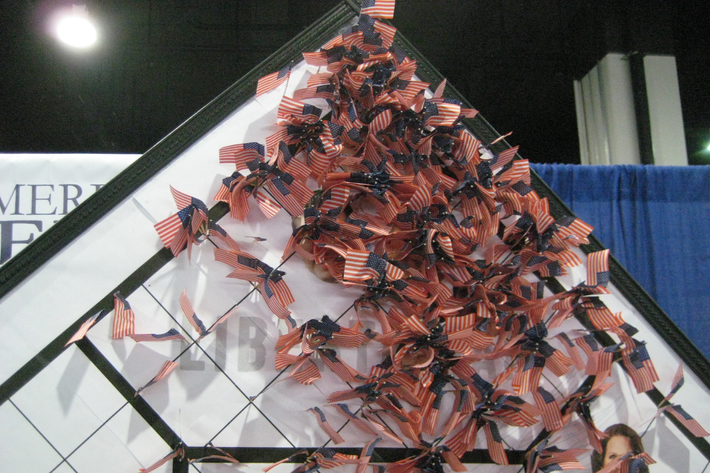 Others were placed in the conservative section, or the “centerist” (centrist?) section. But by the end of the last day of CPAC, around twenty flags had made their way into the liberal quadrant and even the dreaded statist (big government) quadrant. 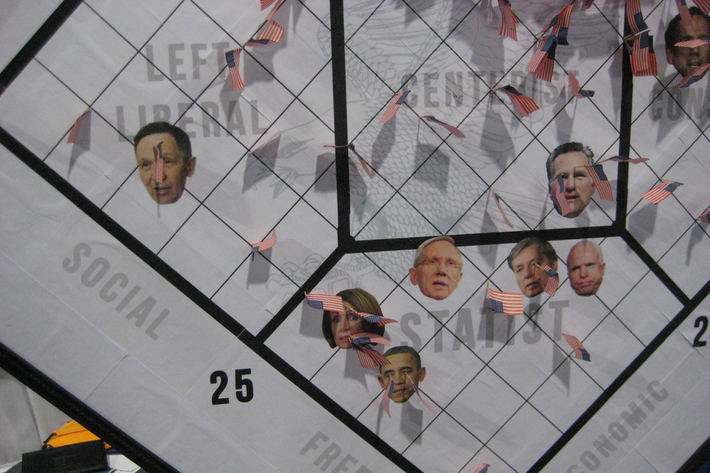 The girl manning the YAL booth confirmed our suspicion that some of these liberals and statists were members of the media. But others were not. They were people who attended the nation’s premiere gathering of conservatives only to discover that they were, in fact, liberals. “They weren’t very happy about it,” the YAL girl said.