The victim of last night’s subway death at 79th Street has been identified as Liam Armstrong, a Long Island teenager who was celebrating his 18th birthday in the city. Armstrong and two friends were reportedly heading the wrong direction and dared one another to run across the tracks to get to the other side. According to the New York Post, one made it across before Armstrong tried and was struck by a train. A liter of rum and two fake IDs were found in his backpack.

This being 2013, Armstrong leaves behind a digital footprint that has turned into a makeshift memorial. His Twitter, while private, remains online, complete with a photo of him playing lacrosse and a bio section that reads simply, “yolo.” Friends and classmates have taken to their own social-media accounts to tweet condolences, a natural outgrowth of the Facebook-as-virtual-gravesite phenomenon — most affecting are the notes addressed directly at Armstrong’s username. What might seem cold or needlessly public to generations past is the only way this one knows. 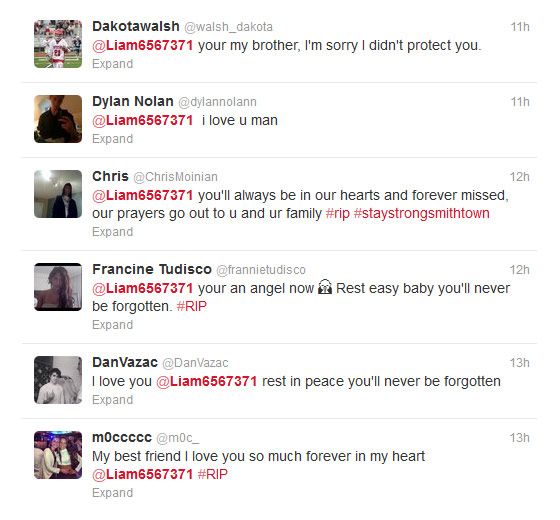