Judge Milton Tingling’s ruling yesterday striking down the dreaded (by people who equate large beverages with freedom) giant-soda ban was bound to grace the front pages of all of the city’s tabloids this morning. But the possibilities were limitless when it came to precisely how to convey the momentousness of the occasion. Let’s take a close look at how the New York Post, the Daily News, am New York, and Metro stack up.

Best Headline: “Suck It,” we guess? We weren’t overly impressed by any of them, really.

Best Illustration: We’ll give the edge on this one to the Daily News because it’s unclear why Bloomberg is inside the cup in am New York. Are the new sodas so big that Bloomberg can drown in them? If that’s the case, whose hands are those?

Most Confusing Message: If the guy in the Post cover loves his soda so much, why is he pouring it all over the ground? 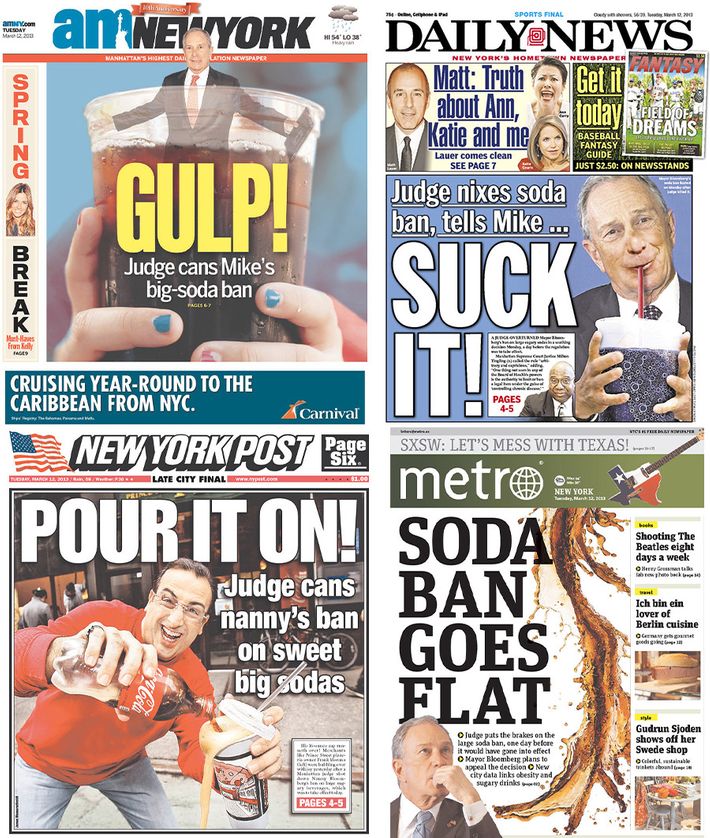