The George W. Bush Presidential Center being dedicated with great fanfare today at Southern Methodist University in Dallas is part research library, part policy center, and part museum, the latter of which contains many personal artifacts from President Bush’s life and presidency. Here are five mementos on display at the museum and five that are not, for obvious reasons.

The bullhorn Bush used on the pile of rubble after 9/11!:

The gun Saddam Hussein had on him when he was captured!:

These campaign buttons and bumper stickers!:

The shoe that the Iraqi guy threw at him:

The pretzel he choked on:

The window he peered out of during his Katrina flyover:

The book he read for seven minutes in a Florida classroom after being told that a second plane had crashed into the World Trade Center: 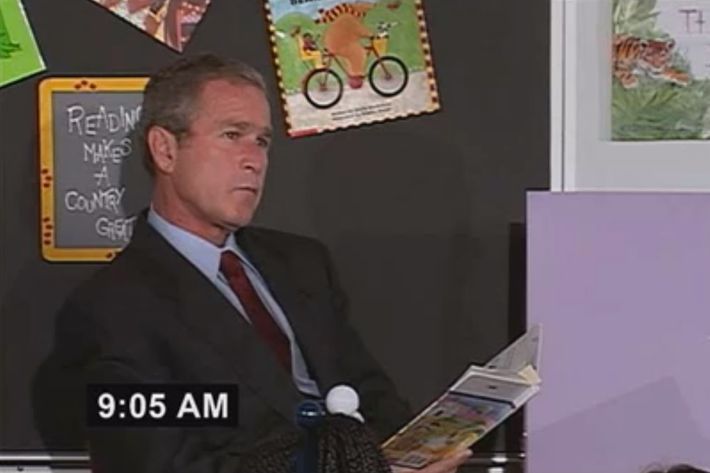