The tabloids still drive Alec Baldwin wild. Twitter attacks on reporters who cross him have become normal, but his latest goes further. Angry about a Daily Mail story that reported his wife, Hilaria, had tweeted during James Gandolfini’s funeral, Baldwin let fly a series of tweets that took a homophobic turn, calling reporter George Stark a “Toxic little queen.”

Baldwin has already closed his account, but here’s a screenshot of his final few tweets: 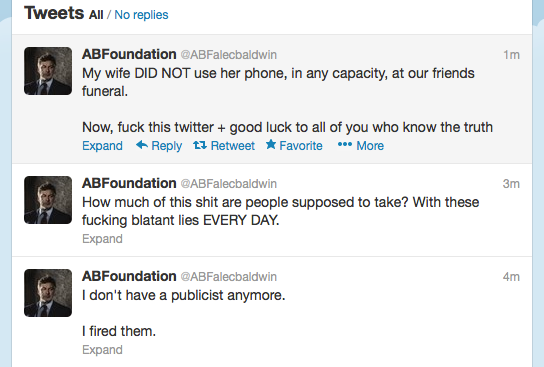 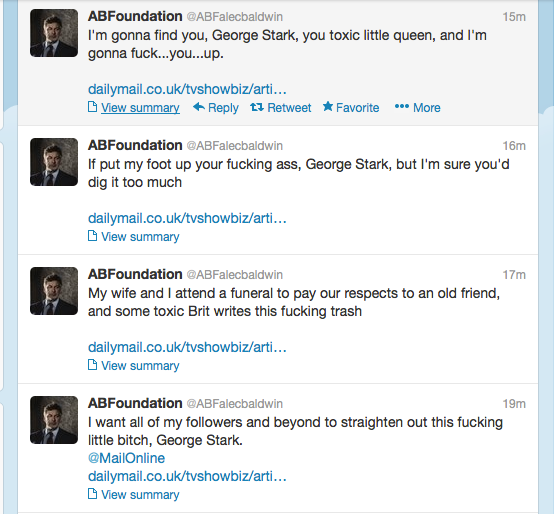 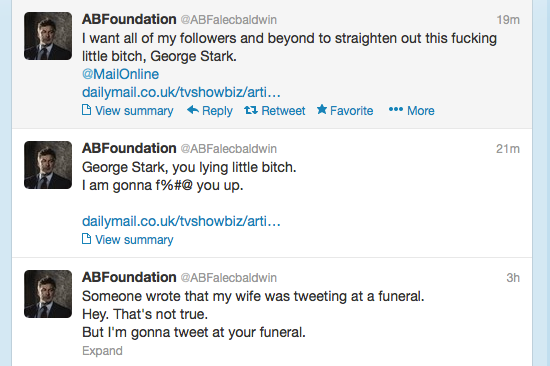 While Baldwin’s language is inappropriate, he may be right on the substance: Tweets can be scheduled or sent by assistants. The Daily Mail story includes the following explanation, lower down:

Sources close to Hilaria insist to Mail Online that the couple left the ceremony early through a side exit because Hilaria was feeling ‘faint’ in the heat and she tweeted from her car on the way home. It’s unclear exactly how long they stayed.

The tweets cited in the Daily Mail are still up on Hilaria Baldwin’s account, as is a note saying she doesn’t believe in bringing phones into funerals, and another referring to “random and malicious” lies.

I don't know what hurts more: people randomly and maliciously writing lies about you, or the people who actually believe them

Unfortunately for both her and Alec, the content of his tantrum will surely overshadow the shoddy reporting that brought it on.