Update, 3:55 p.m.: As many have pointed out in the comments, this post is, in retrospect, too flip about the motivations of the protesters and downplays the serious socioeconomic problems facing poor Brazilians. It also focuses attention entirely on the rioters — a small segment of the Brazilian population — while ignoring the many hundreds of thousands who protested peacefully over what are, in fact, legitimate grievances. I do apologize. For the record, here are ten photos of Brazilians protesting peacefully: 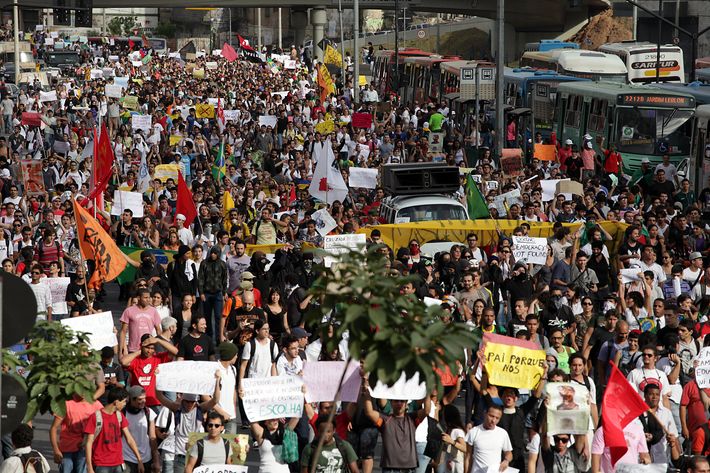 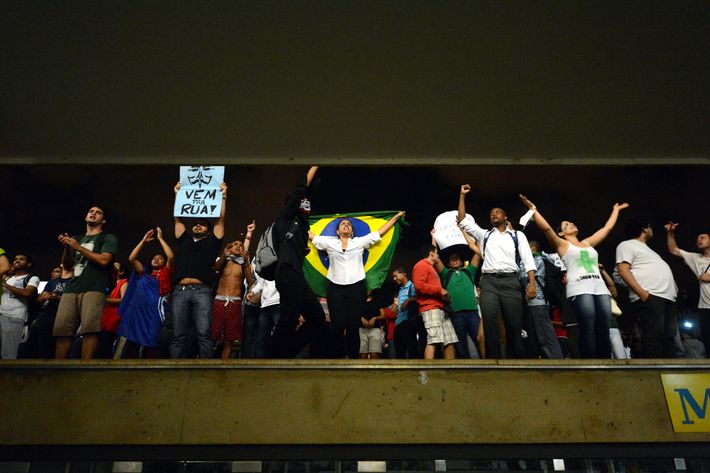 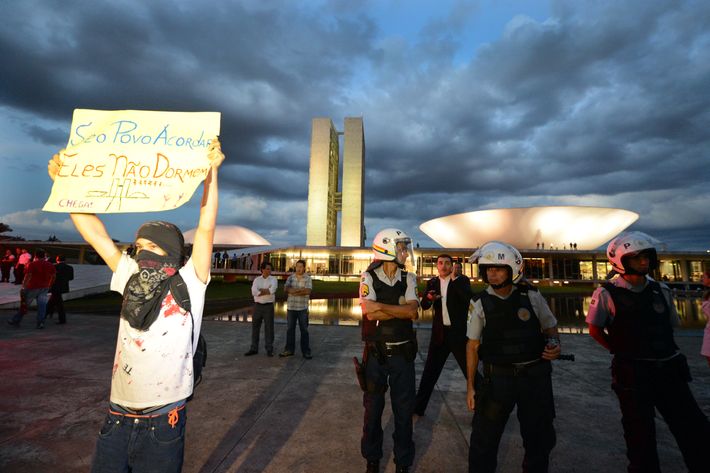 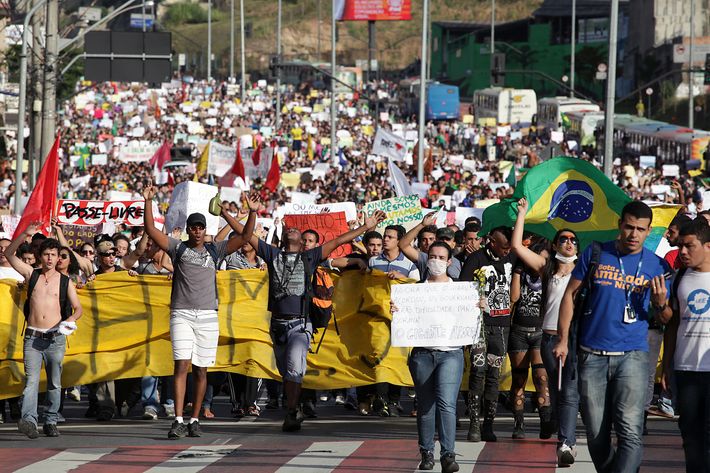 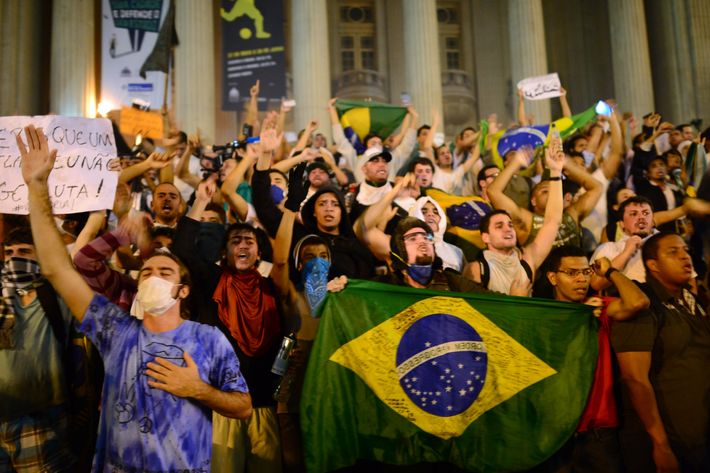 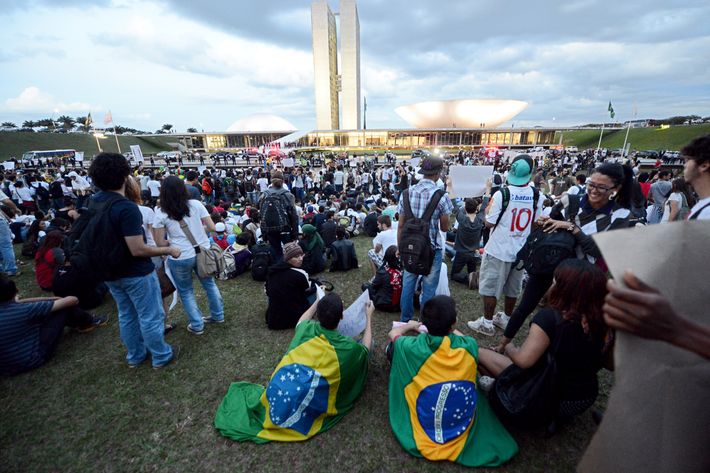 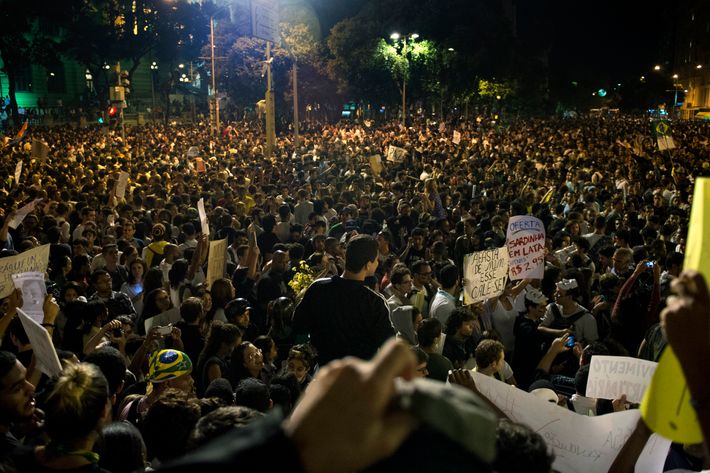 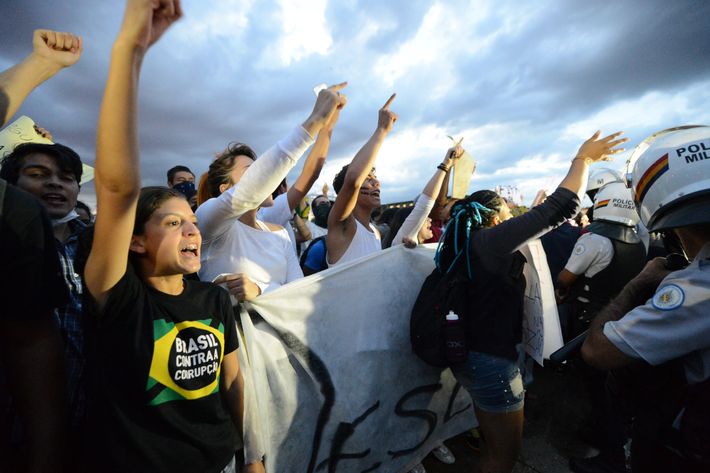 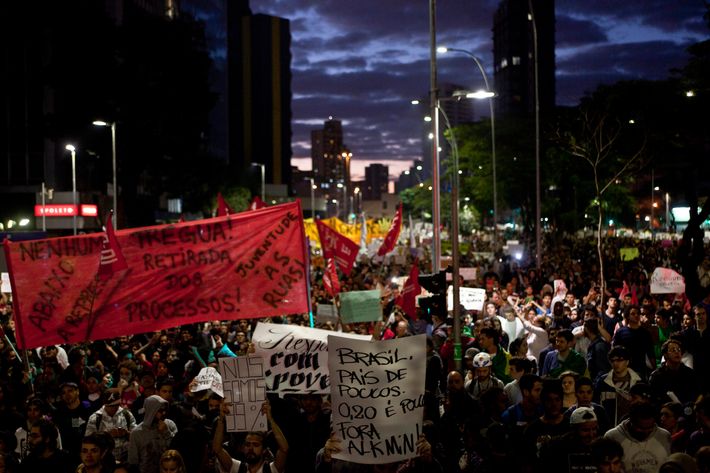 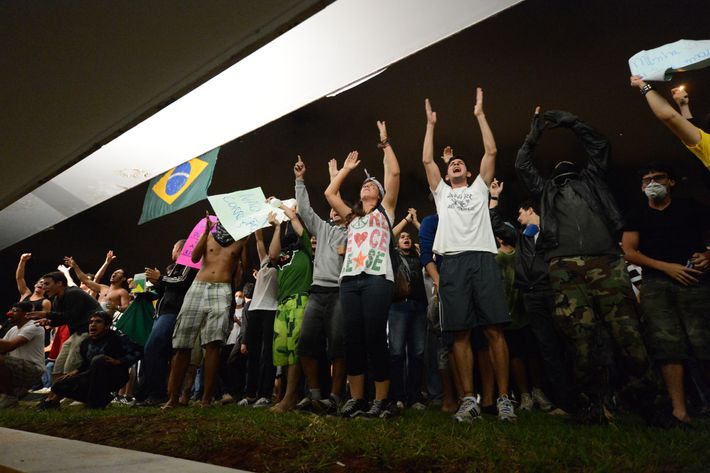 Hundreds of thousands of Brazilians have poured into the streets of Rio de Janeiro and São Paulo to protest against transit-system fare hikes … of nine cents. It’s more than that, of course: As CNN explains, the masses are upset about the government’s priorities in general:

They say the hike is just one more example of how government nickel-and-dimes the poorest out of their money, then throws it out on lavish, high-profile projects. Brazil is building massive stadiums and revamping infrastructure ahead of the soccer World Cup, which it hosts next year. Two years after that, it will host the 2016 Olympic Games.

We get it. That seems kind of annoying. Still, some Brazilians have gone beyond chanting and waving signs to outright rioting. Again, the impetus here was a nine-cent increase in the cost of a bus ticket. If New Yorkers responded like this every time the MTA raised fares, the city would be a smoldering pile of rubble by now. 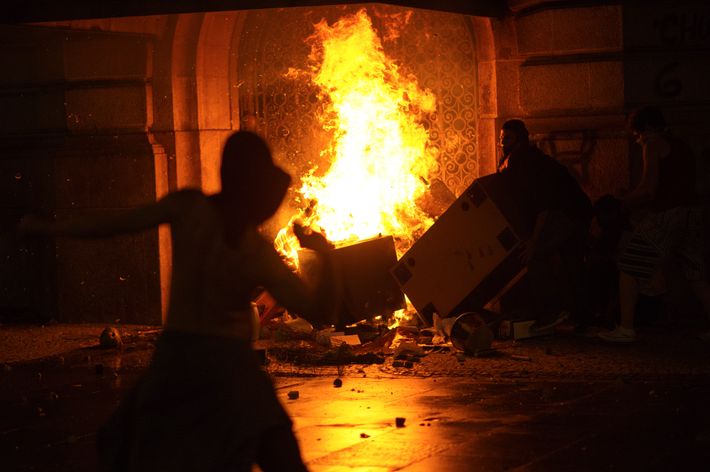 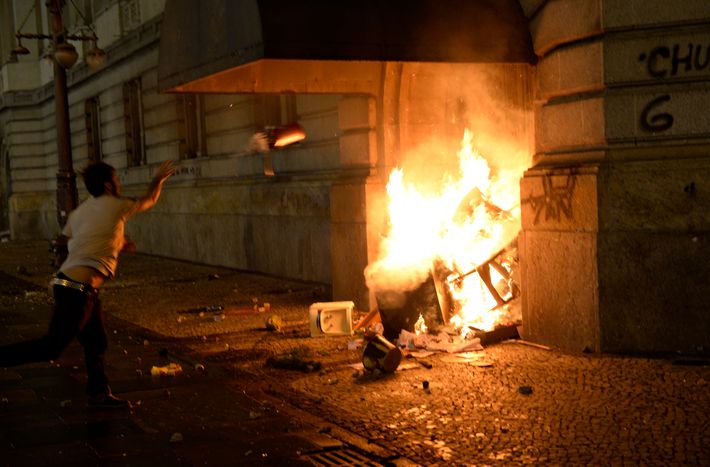 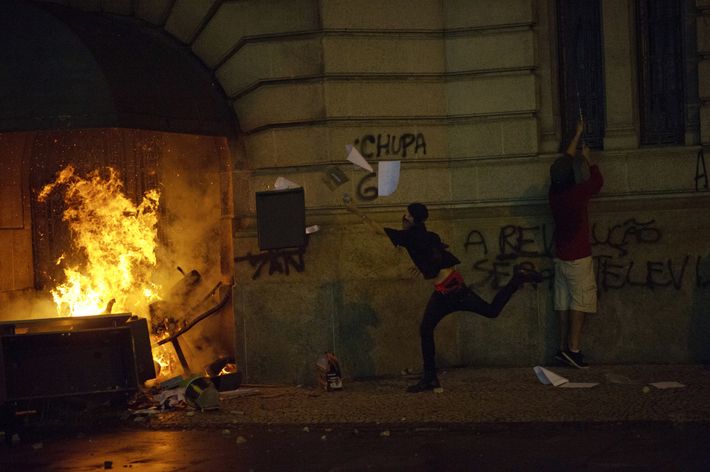 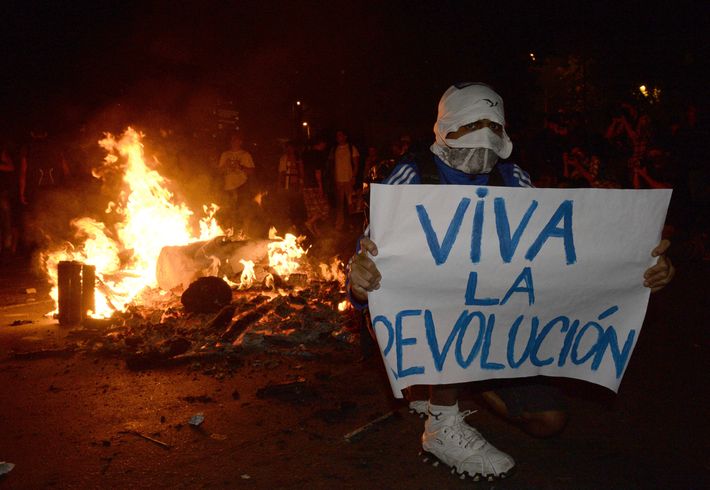 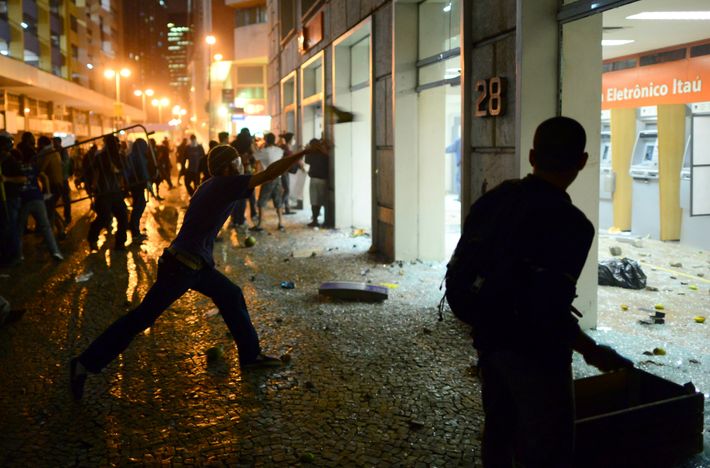 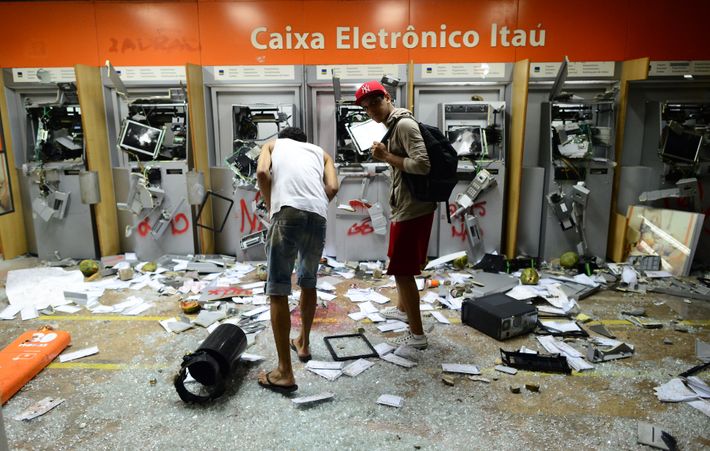 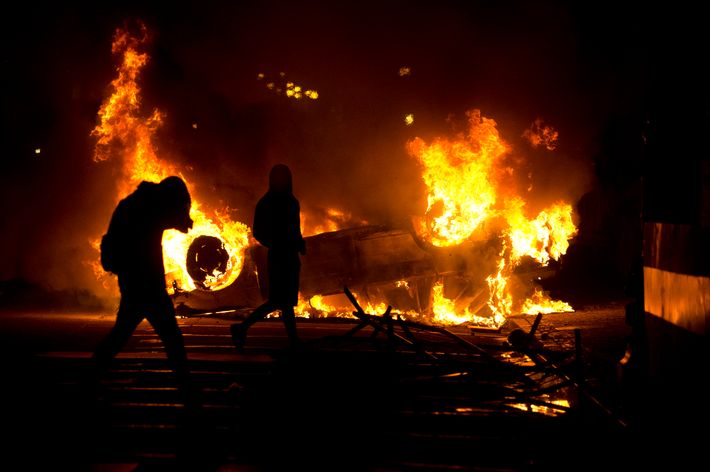 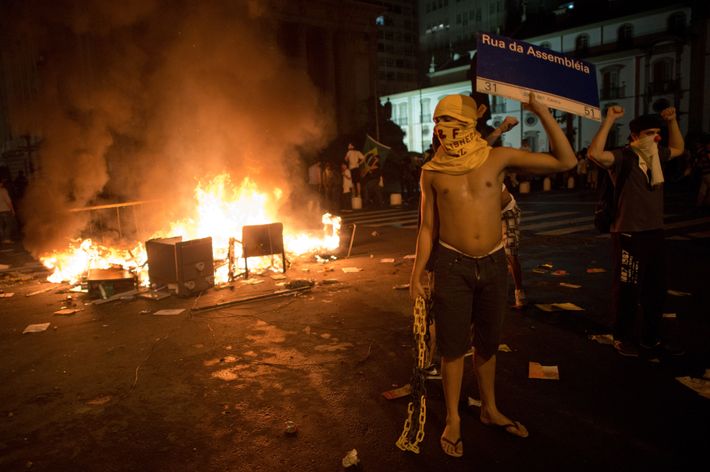 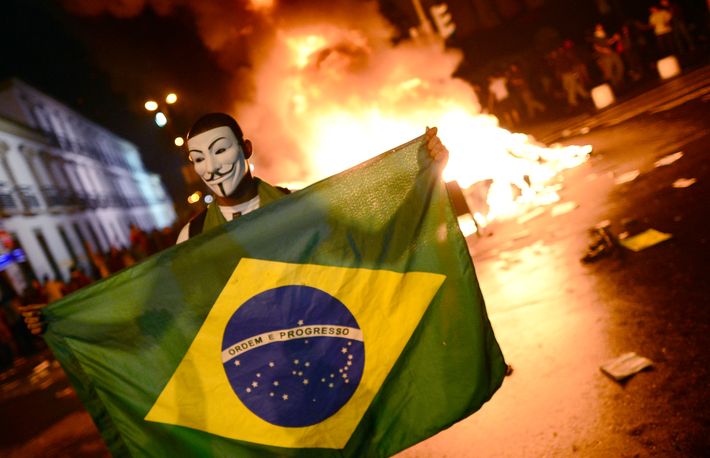 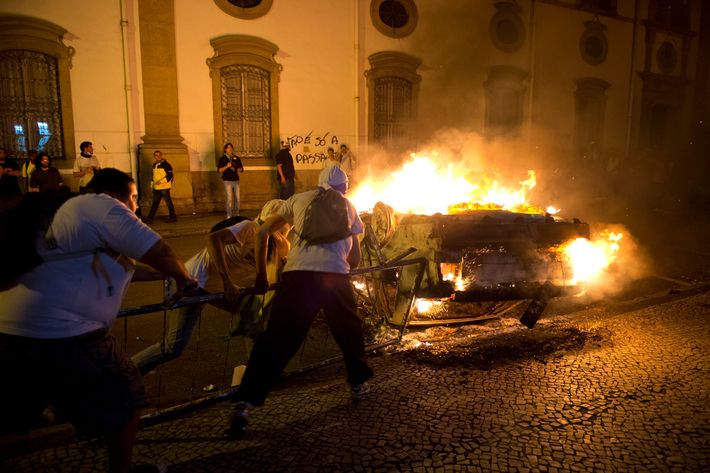 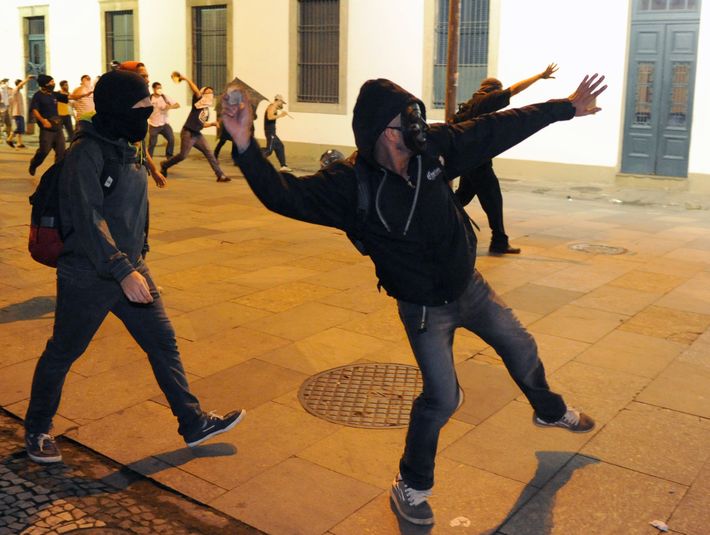 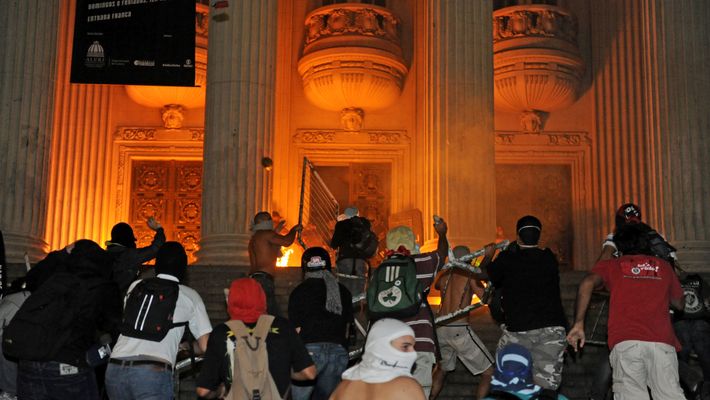 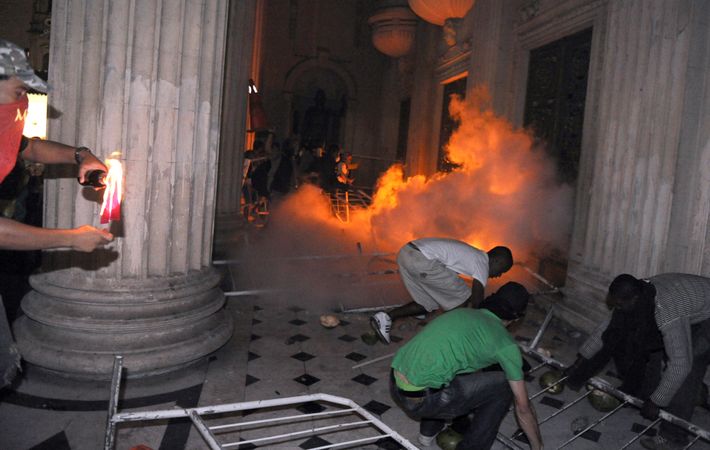 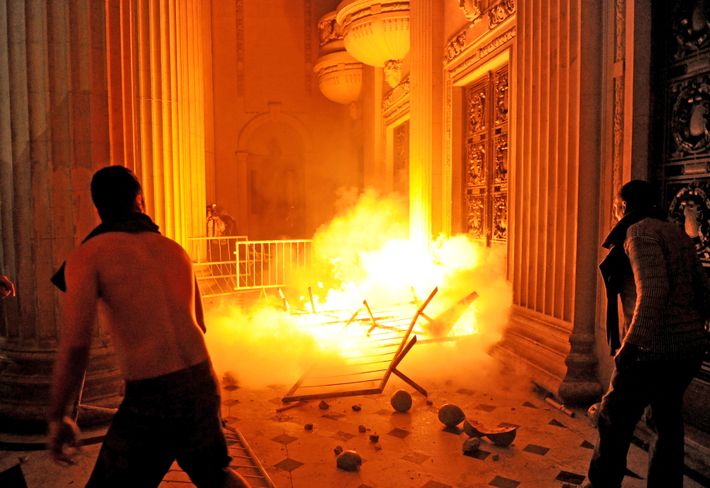 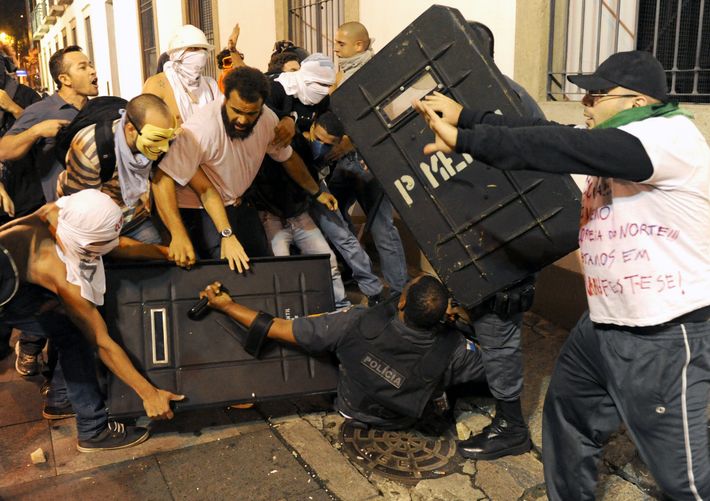 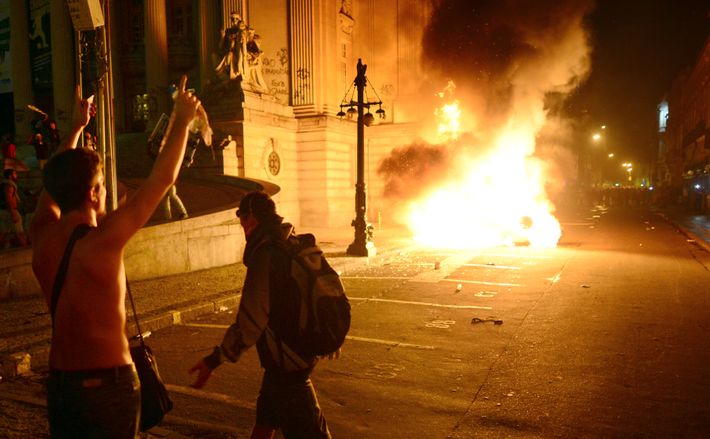 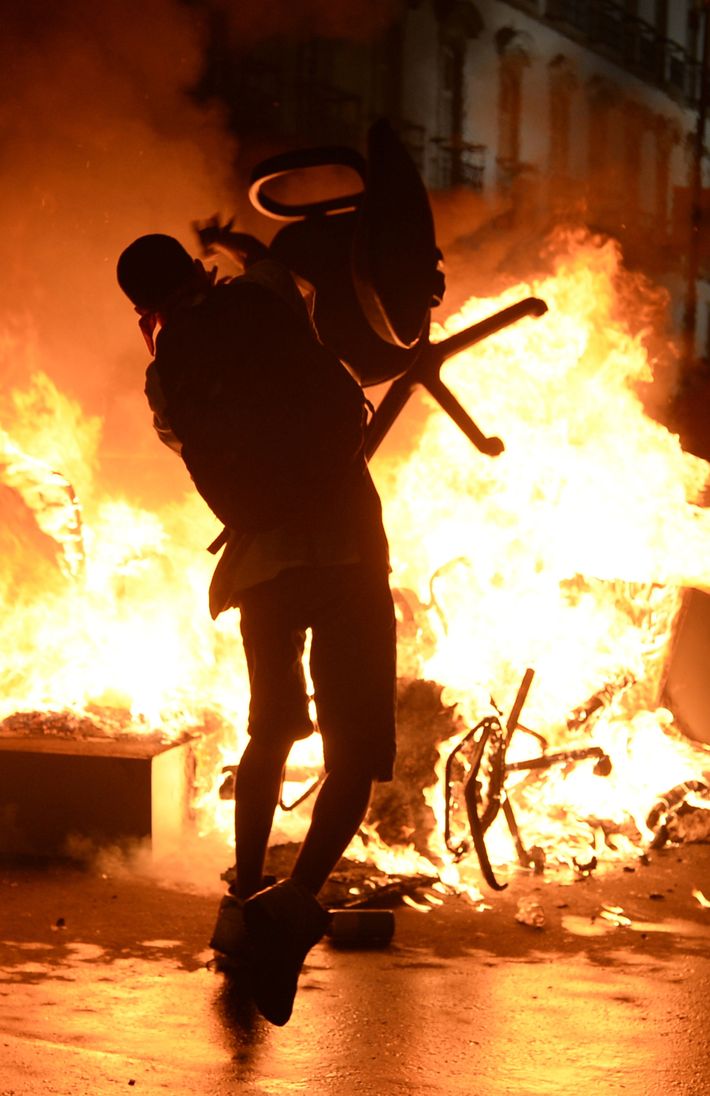