Lots of workers have to go through team-building exercises from time to time, ranging from chitchat over complimentary bagels to the G.S.A.’s $822,000 Las Vegas bash last year. The IRS is no different. But in a recent internal audit on those who hold agency-issued credit cards, it identified some “inappropriate” charges in the form of exceedingly lame purchases for team-building events. The forbidden fun includes popcorn, Nerf footballs, and Thomas the Tank Engine party favors. Are our IRS personnel actually children?

Here, the agency’s report compiled a handy list of some purchases deemed “inappropriate:” 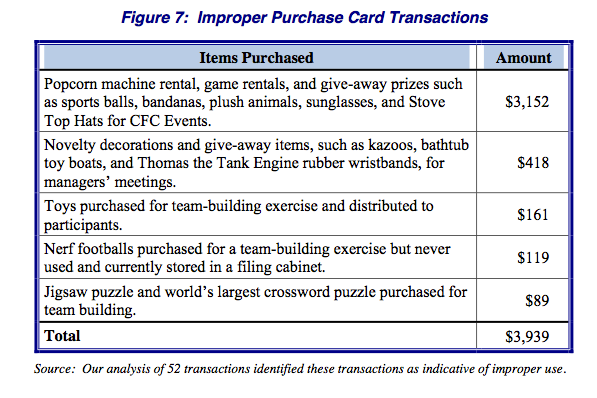