It doesn’t even rhyme, but #StandWithWendy, the Twitter hashtag used to show support for the eleven-hour filibuster carried out by Texas state senator Wendy Davis last night, was even more popular than #StandWithRand, the Twitter hashtag that became a rallying cry for Rand Paul supporters when the Kentucky senator embarked on a thirteen-hour filibuster over drone policy in early March. The graph above, courtesy of Topsy Pro, shows #StandWithWendy just edging out #StandWithRand, even though Davis’s filibuster ended much later in the night. 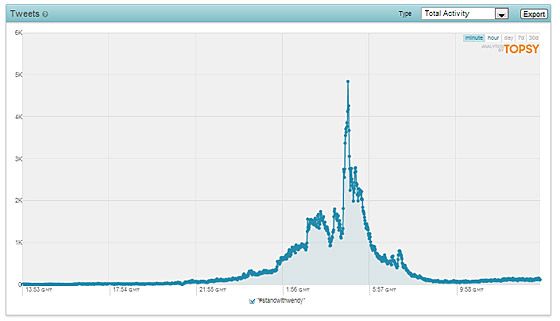 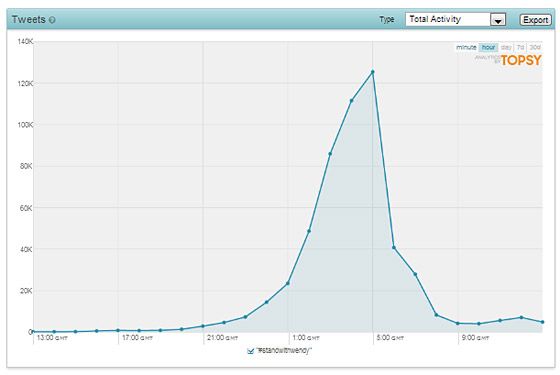 THE FEED
11:45 a.m.
what we know
what we know
Texas School-Shooting Investigation Descends Into a Mess
By Intelligencer Staff
Officials give contradictory statements and parents say they were ignored and arrested trying to save their children.
10:50 a.m.
the national interest
the national interest
Republicans Block Bill to Monitor Their Violent Allies
By Jonathan Chait
“Domestic extremists — hey, that’s us!”
8:00 a.m.
just asking questions
just asking questions
A Different Way to Prevent Mass Shootings
By Benjamin Hart
Talking with Mark Follman, whose new book explores how behavioral threat assessment could help a country paralyzed by gun violence.