Rolling Stone’s cover treatment of accused Boston Marathon bomber Dzhokhar Tsarnaev, in which a sexy terrorist selfie replaces the magazine’s usual sexy celebrity photo shoot, appears sympathetic upon first glance, but the magazine and its supporters have defended the image as necessarily complex.

Legendary adman and art director George Lois, the man responsible for Esquire’s classic covers, is having none of it. “I can’t believe anybody with half a brain doesn’t look at that thing and immediately go, ’What!?’” he told Daily Intelligencer over the phone this afternoon. “The cover of Rolling Stone says: This is an important person to our culture, in some way — a terrific person or an emerging talent or a cultural icon. There can’t be any debate about this.”

“The fact that they did it on a cover where they show people of extraordinary ability, somebody to be admired … I feel like they’re saying we should feel sorry for him,” said Lois. “It looks like The Onion.” 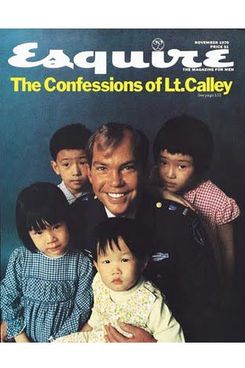 One former Rolling Stone art director argued today that the accompanying headline (“The Bomber”) should have at least alluded to the sweetness of the image, and that maybe the photo should have been separate from the logo, so as not to conflate the brand and the man. But Lois said that’s not enough. “If Wenner gave me that photo, I’d tell him to go fuck himself,” said Lois. “I’d tell him to stick it up his ass.”

“If you show a picture of one of the Boston bombers,” he said, “you should be saying visually that he’s a son of a bitch, somehow.” Even with a headline like, for instance, ‘The Sweet Face of the Devil,’ there should be a visual cue. “If you put a big X on his face, it wouldn’t be a good cover, but you’ve got to do something to show that you think he’s despicable. Maybe have a devil’s tongue or horns. I’m not saying I would do that, but you better do something.” 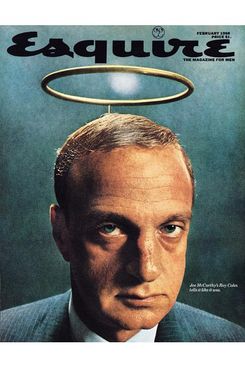 Lois pointed to his covers depicting villains as an example. “I did people I didn’t like,” he said, such as Lieutenant William Calley, the war criminal convicted for his role in Vietnam’s My Lai Massacre. “He was a psychopath and I showed him with a big shit-eating grin sitting with four Vietnamese children. I was saying, ‘Look at this son of a bitch.’”

With Roy Cohn, a mouthpiece for Senator Joseph McCarthy, “I showed him with a camera angle that made him look evil,” said Lois. “I put a self-applied halo on him, where you knew looking at it that I was calling him an asshole.” After the shoot, Lois recalled, “Cohn said, ‘You commies are going to make me look bad.’ I said, ‘We used a lens to distort your face and you’ll look like the evil motherfucker that you are.’ He smiled and walked out of the room.”

As for the result, “People looked at it and they said, ‘You nailed the son of a bitch.’”