New Yorkers know a lot about the personal lives and interests of Anthony Weiner and Eliot Spitzer — way too much, really, considering we’ve seen one’s penis from multiple angles. But despite what the local tabloids (and this blog, we admit) may indicate, there are other people — decent, qualified, breathing, although some might say boring people — running for the offices of mayor and comptroller. In an effort to inform the public of the mostly superficial, vaguely amusing aspects of these politician’s little-known inner lives, we’ve compiled some cheat sheets. First up: Manhattan Borough President Scott Stringer, who’s in a tight race with Spitzer for comptroller.

A lifelong politician, Stringer made the front page of the New York Times in 1977, when he was appointed to a community planning board at the age of 16: 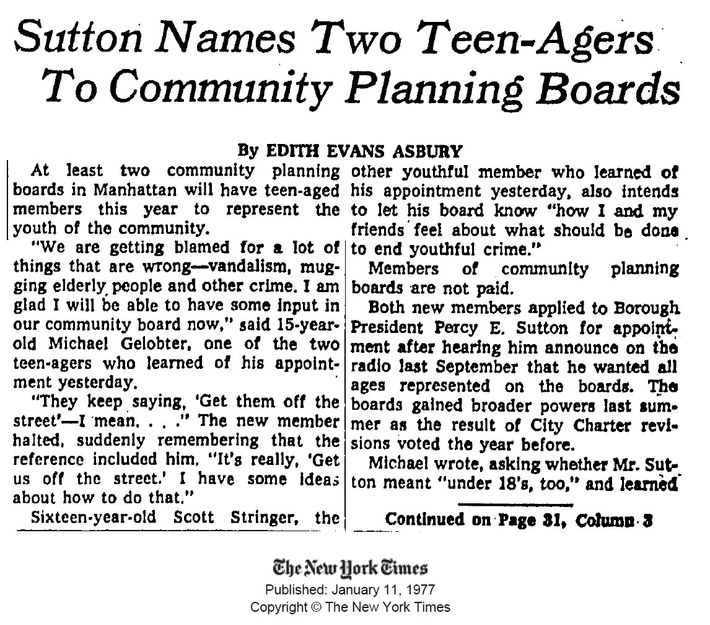 That’s four years after, at 12, he started campaigning for women’s movement icon Bella Abzug, who happens to be his cousin.

Despite being a lifelong New Yorker (he grew up in Washington Heights), Stringer married Elyse Buxbaum, with whom he now has two sons, in Connecticut “to protest the fact that same-sex couples cannot legally marry in New York State.”

He once petitioned the Met to alert its visitors that Gertrude Stein, while a good art collector, was also a Nazi collaborator.

Stringer has a way with celebrities. Scarlett Johansson, whose grandmother marched with Stringer in the name of affordable housing, is a longtime supporter and frequent photo buddy:

Was endorsed by Lena Dunham: 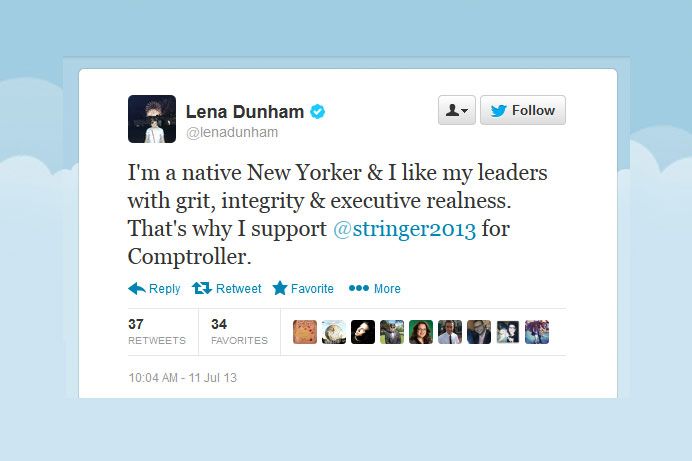 Once stood two people away from Jay-Z:

And was photographed with Terry Richardson, who dates Stringer’s spokesperson:

But he’s not that into Donald Trump.