I find your lack of faith disturbing. Photo: Cliff Owen/AP/Corbis

Liz Cheney’s announcement that she will challenge incumbent Senator Mike Enzi in Wyoming is sending currents of fear and resentment through the Republican Establishment. The stated reasons for their anger at Cheney are mostly silly. Enzi’s colleagues complain it’s “bad form” for her to challenge an incumbent, as if the principle of seniority ought to overrule the voters’ right to choose whomever they want to represent them. Wyoming Republican turned Beltway deficit scold Alan Simpson recently predicted a Cheney run would have disastrous consequences, bringing about “the destruction of the Republican Party of Wyoming if she decides to run and he runs, too.”

Apparently Alan Simpson’s political prognostications are every bit as hysterical as his fiscal prognostications. Wyoming is a tiny state consisting entirely of Republicans. There is no way a Liz Cheney race will cause the party to lose the Senate seat, or any Senate seat. So this is just Old Man Simpson yelling at a cloud. 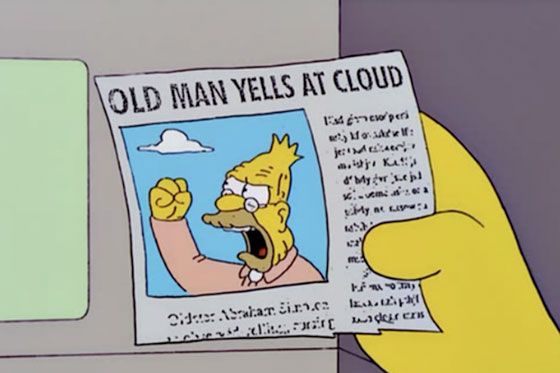 There is, however, a real reason for Republicans to worry that they don’t mention. Some members of the party want to move it to the center. Liz Cheney is very bad news for them. Cheney is nuts — a spokesman of the deranged wing of the GOP that believes Obama is not merely the worst and most radical president in American history, but actually wants to weaken America. As she wrote earlier this year:

The president has so effectively diminished American strength abroad that there is no longer a question of whether this was his intent. [Italics mine]

So No. 1 problem here is that Cheney, if she wins, will become a high-profile spokesperson, and will join the Limbaughs, Palins, and Glenn Becks as defining the GOP as the party of crazy. No. 2 problem is that she will make it hard for other Republicans to nudge their party to the center, or even to prevent it from moving even farther right. One of the problems faced by the pragmatic wing of the party is that its elected officials can’t say even mildly heterodox things without incurring the wrath of the true-believing faithful, and Cheney could become one more loud true believer flaying any colleagues who gesture in the direction of sanity.

Liz Cheney won’t cost the Republicans a seat in Wyoming. The real fear is that she’ll cost it seats elsewhere.

Liz Cheney Is Even More Bonkers Than We Suspected
Liz Cheney Running for Senate in Wyoming, Is Not a Good Friend
The Cheney Government in Exile

THE FEED
2:24 p.m.
the national interest
the national interest
Republican Senator on Trump’s Racist Rant: ‘I Hope No One Is Racist’
By Jonathan Chait
Unfortunately, Donald Trump is extremely racist.
2:13 p.m.
early and often
early and often
Trump Demanded a Government Shutdown and Nobody Noticed
By Ed Kilgore
His incendiary jab at Mitch McConnell distracted from a complaint about congressional Republicans not opting to destroy their midterm chances.
12:32 p.m.
war in ukraine
war in ukraine
Russia Doesn’t Exactly Know What Territory It Stole From Ukraine
By Matt Stieb
The Kremlin is still figuring out the borders of its newly annexed territory in eastern Ukraine, where Russian soldiers are getting pummeled.

10:33 a.m.
tremendous content
tremendous content
Bonkers Revelations From Maggie Haberman’s Trump Book, Ranked
By Margaret Hartmann
If you want more information on Trump being weird with toilets and belittling Jared Kushner, Confidence Man has you covered.
10:08 a.m.
just asking questions
just asking questions
How There Will Be Blood Explains the Crumbling Global Economy
By Kevin T. Dugan
Think inflation is bad here? Brent Johnson predicted the global financial crisis we’re in, and he thinks it’s going to get much worse.
9:00 a.m.
the city politic
the city politic
The Horror That Continues to Haunt Our City
By Errol Louis
Treating New Yorkers with serious mental illness is one of the only ways we can prevent tragedies like the murder of FDNY Lt. Alison Russo-Elling.
8:00 a.m.
crime
crime
Collision Course
By Lauren Smiley
The car wrecks were staged. The injuries were real. Led by a charismatic rogue, one family bloodied itself to pocket $6 million.
5:00 a.m.
on with kara swisher
on with kara swisher
So … Should We Ban TikTok or What?
By Intelligencer Staff
Kara Swisher grills TikTok COO Vanessa Pappas about the concerns China’s government has influence over the app and access to its user data.
10/2/2022
what we know
what we know
Hurricane Ian’s Death Toll Continues to Climb
By Intelligencer Staff
Rescue efforts are still underway in Florida, where inland flooding continues to hamper recovery efforts.
10/2/2022

Indonesia: At least 125 dead in football stadium crush
—BBC
10/2/2022
poll position
poll position
Why Are Pollsters Disagreeing About the 2022 Midterms?
By Ed Kilgore
If one influential Republican-leaning pollster is right, Patty Murray and Josh Shapiro should be worried. Others scoff at the idea.
10/1/2022
just asking questions
just asking questions
The Surge That Could Save Democrats
By Nia Prater
Tom Bonier makes the case that women are registering to vote in a fury after Dobbs and have the potential to reshape the midterms.
9/30/2022
2022 midterms
2022 midterms
Midterm Candidates’ Skeletons Are Coming Out of the Closet
By Ed Kilgore
In close races, attacks based on “oppo research” can matter a lot at this stage of the campaign cycle.
9/30/2022
foreign interests
foreign interests
Putin Decries U.S. ‘Satanism’ in Bizarre Speech Annexing Parts of Ukraine
By Matt Stieb
His speech celebrating an illegal annexation in Ukraine turned into an anti-trans rant in which he blamed the West for blowing up Nord Stream.
9/30/2022
court appearances
court appearances
Elon’s Bad Week: Embarrassing Text Messages and Reports of Settlement Talks
By Kevin T. Dugan
After the worst stretch yet in his quest to not buy Twitter, the end may be near.
9/30/2022
politics
politics
New Yorkers Could Get Paid to Report Illegal Parking
By Nia Prater
A proposed bill in City Council would allow people to report instances of illegal parking and receive a cut of the fine.
9/30/2022
2022 midterms
2022 midterms
The Election Deniers Running to Control the 2024 Race
By Ed Kilgore
Secretary of state candidates who don’t accept Biden’s win are looking to take over the election machinery in several key battlegrounds this November.
9/30/2022
early and often
early and often
Left-Wing Challengers Have a Hard Road Ahead
By Ross Barkan
After shock victories in 2018 and 2020, progressive challengers are having a harder time pulling off AOC-like upsets.
9/30/2022
just asking questions
just asking questions
Will the Metaverse Really Transform Our Lives?
By Benjamin Hart
Venture capitalist Matthew Ball on the virtual worlds that may define the future.
9/29/2022
life after roe
life after roe
Do Republicans Really Want to Punish Women for Having Abortions?
By Ed Kilgore
The anti-abortion movement claims to value women while seeking to deny them reproductive rights. It’s a bit hard to believe.
9/29/2022
student loans
student loans
The War on Student-Debt Forgiveness Begins
By Sarah Jones
Republican-led states sue over Biden’s plan to free millions of people.
9/29/2022
early and often
early and often
MAGA Candidate in Ohio Keeps Lying About Military Record
By Matt Stieb
J.R. Majewski says he was a combat veteran who left the Air Force because of a brawl, but records show a much less noble career.
9/29/2022
russia
russia
The Mysterious Attack on Two Major Gas Pipelines for Europe
By Kevin T. Dugan
What do we know about the apparent sabotage of Russia’s Nord Stream 1 and Nord Stream 2 deep under the Baltic Sea?
9/29/2022
sports
sports
Aaron Judge Could be the Crossover Star Baseball Desperately Needs
By Ross Barkan
There’s nothing like a home-run chase to get normal people interested in the sport again.
9/29/2022
the national interest
the national interest
Republican House Majority Will Try to Melt Down Global Economy
By Jonathan Chait
Democrats need to sabotageproof the government while they still can.
9/29/2022
court appearances
court appearances
Elon Musk Deleted Messages and 3 Other Takeaways From the Latest Court Hearing
By Kevin T. Dugan
“They point to something that’s been destroyed,” said the judge of the missing text messages.