The industrious folks over at BKLYNR have put together a truly fascinating look at Brooklyn’s changing landscape as told by the age of its buildings. Using data from the Department of City Planning, every single building in the borough was mapped and color-coded according to the date it was built, making it easy to see which areas have been rebuilt in the recent past and which have stayed pretty much the same for generations. The northern half of Brooklyn Heights, for example, appears to be the oldest area in the borough, with rows and rows of apartments that have existed since the early nineteenth century. 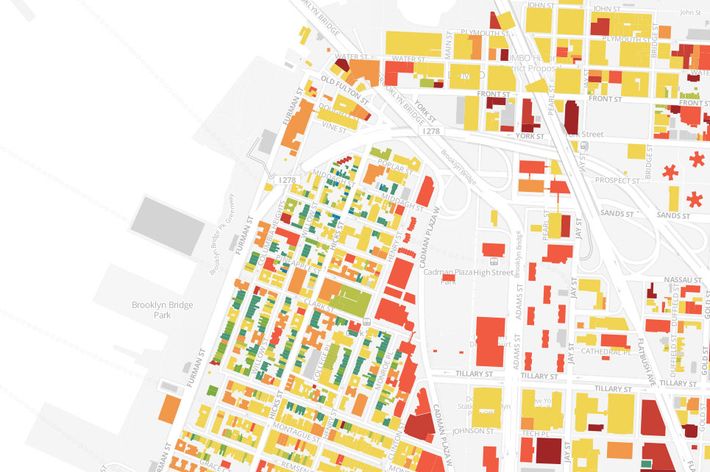 Update: As multiple commenters have pointed out, much of the data in this map is apparently inaccurate.