CNN chief medical correspondent Sanjay Gupta’s recent conversion on the subject of marijuana (professionally, not personally!) has earned him high fives in the weed industry, including a strain named in his honor. But the Helping Hands Dispensary’s “Sanjay Gupta Kush” may only be available for a limited time: “We may have to change the name,” the owner of the Colorado business told Animal New York. “CNN phoned us and asked us to remove it. I think we’ll leave it alone for the weekend and see what happens.” The stuff, still named for Gupta at the moment, is on sale today, $35 for an eighth and $12 for a gram.

The network is far more laid-back about Gupta’s documentary, Weed, when it’s on their terms; recent promos of a website redesign, as published by Fast Company, feature Gupta’s findings front and center: 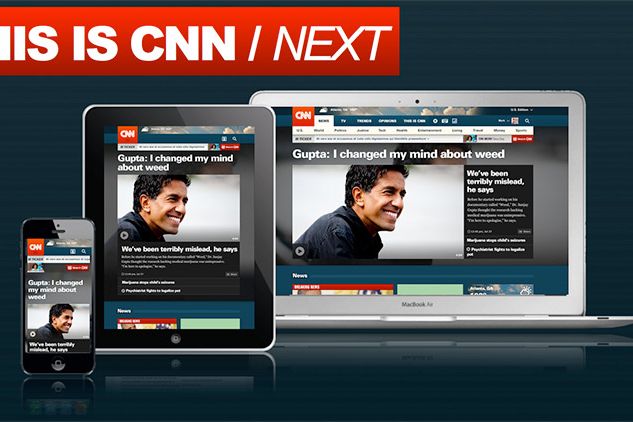 THE FEED
11:20 a.m.
tremendous content
tremendous content
All the Juicy Gossip From Jared Kushner’s Book
By Margaret Hartmann
Breaking History, the forthcoming memoir from the former First Son-in-Law/top Trump adviser, is brimming with dirt, jabs, and score settling.
10:05 a.m.
2022 midterms
2022 midterms
Liz Cheney and the Demise of Anti-Trump Republicanism
By Ed Kilgore
Until recently, the Wyoming representative was a rising GOP star and heir to the party’s conservative conquerers. Then she ran afoul of Trump.
9:00 a.m.
games
games
The “Real” Home-Run Record Is 73, Not 61
By Will Leitch
Aaron Judge’s tremendous season has rekindled a tiresome argument about the purity of the game.