Remember John Rocker? The retired baseball player who is known not for playing baseball but for once describing New York thusly?:

“Imagine having to take the 7 Train to the ballpark looking like you’re riding through Beirut next to some kid with purple hair, next to some queer with AIDS, right next to some dude who just got out of jail for the fourth time, right next to some 20-year-old mom with four kids. It’s depressing … The biggest thing I don’t like about New York are the foreigners. You can walk an entire block in Times Square and not hear anybody speaking English. Asians and Koreans and Vietnameseand Indians and Russians and Spanish people and everything up there. How the hell did they get in this country?”

Well, now he’s doing a Reddit AMA for some reason, and it’s proceeding pretty much as one would expect. 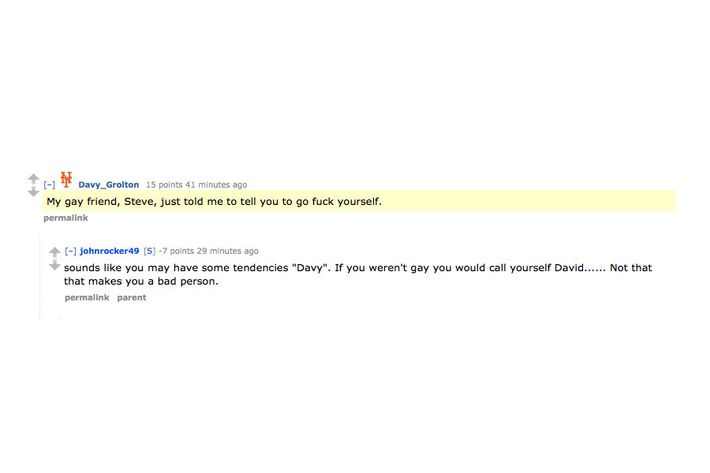 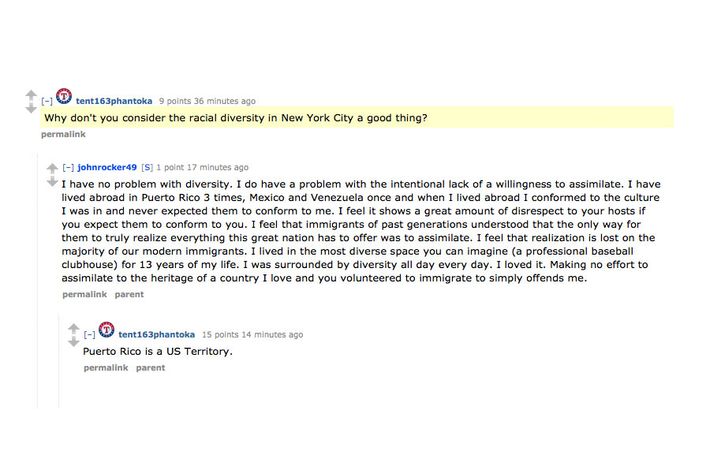 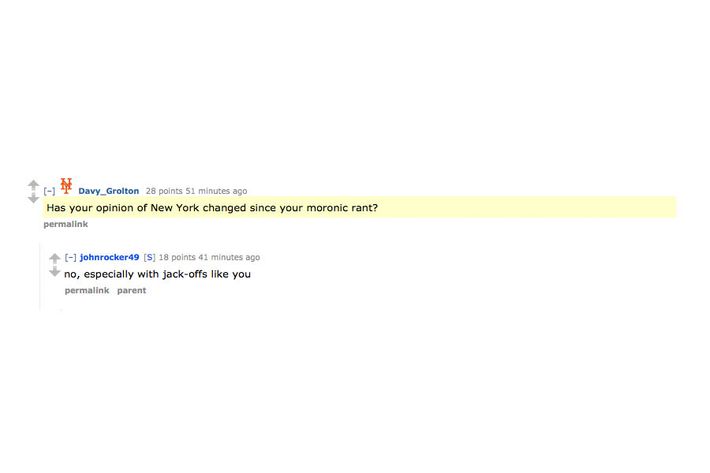 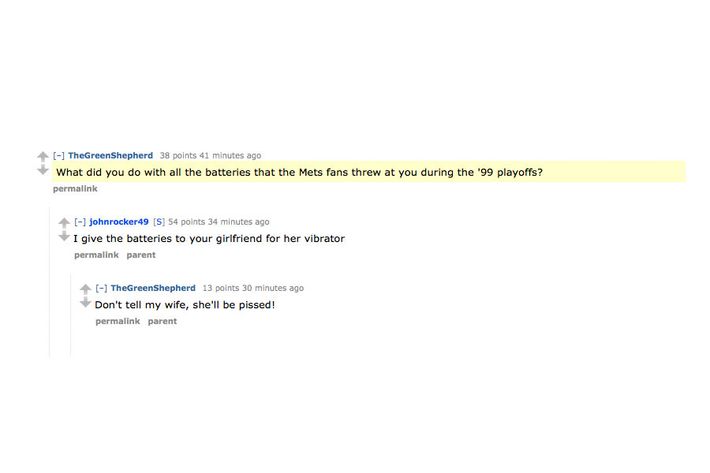 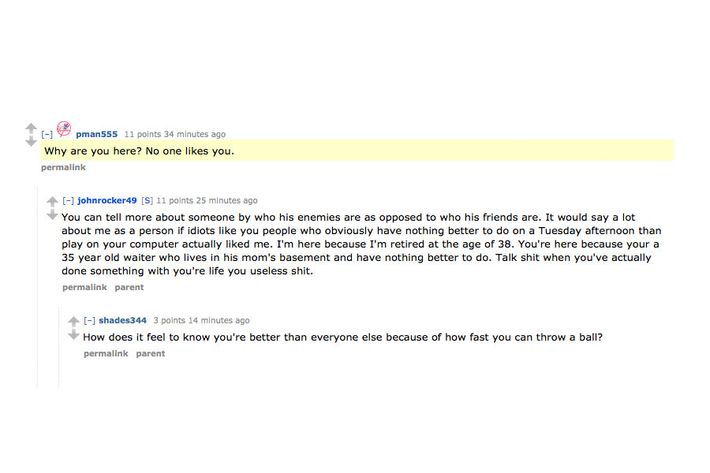 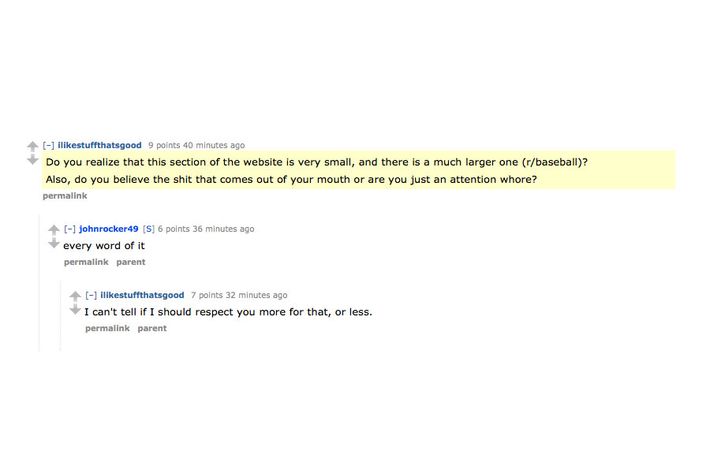 Rocker was also asked about Breaking Bad, which Rocker had never heard of before because they don’t write about it in Bigoted Douche Monthly or whatever he reads. 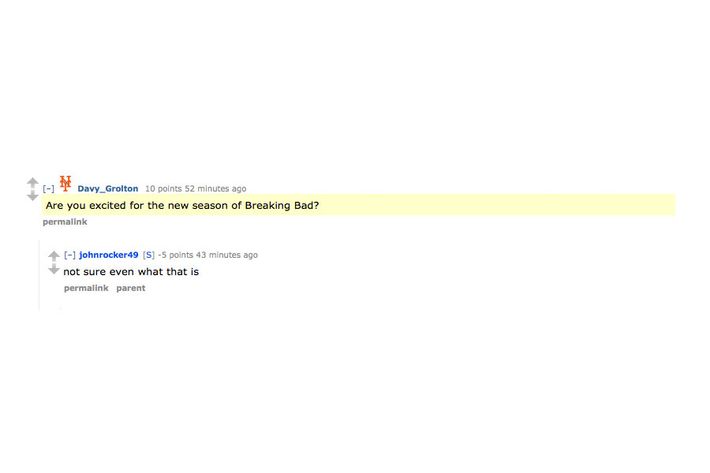