On Saturday, tens of thousands of people celebrated the 50th anniversary of the March on Washington, which in 1963 culminated in Martin Luther King’s delivery of the “I Have a Dream Speech.” This year, the crowd that retraced King’s steps to the Lincoln Memorial heard from Attorney General Eric Holder, Democratic congressman John Lewis (who was the youngest speaker at the original march), Martin Luther King III, Jesse Jackson Sr., Al Sharpton, and the parents of Trayvon Martin, among others. 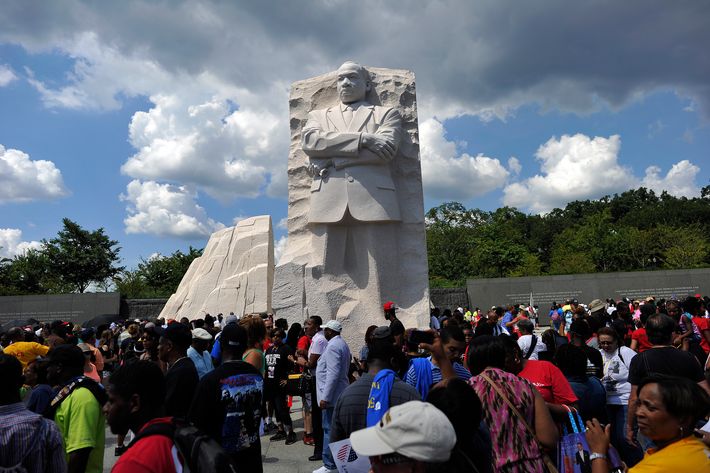 Issues on the agenda included the continuing fight for civil rights, Supreme Court’s recent decision to strike down a major part of the 1965 Voting Rights Act, Stand Your Ground Laws, Trayvon Martin, and racial profiling. Speaking about King and his cohort, Holder said, “But for them, I would not be attorney general of the United States, and Barack Obama would not be president of the United States of America … Fifty years later, their march is now our march, and it must go on.” Lewis, recalling his time as a leader of the Student Nonviolent Coordinating Committee, said, “I gave a little blood on that bridge in Selma, Alabama, for the right to vote.” He urged Congress to pass legislation to replace the requirements eliminated by the Supreme Court ruling, saying, “The vote is precious. It is almost sacred. It is the most powerful nonviolent tool we have in a Democratic society, and we’ve got to use it.” 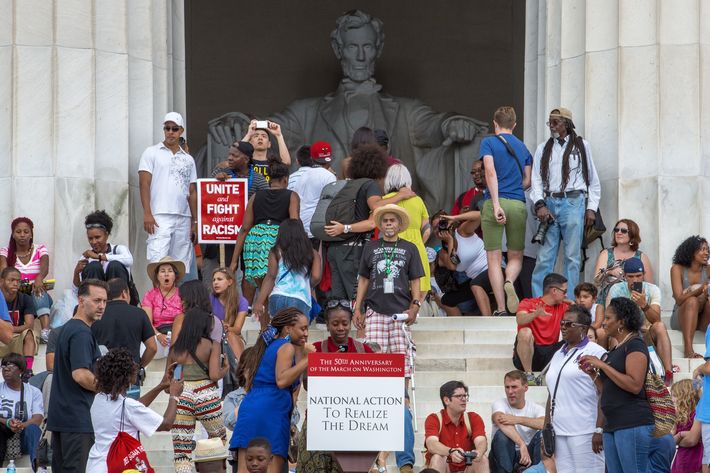 Sybrina Fulton and Tracy Martin also addressed the crowd, which contained a large number of people holding signs and wearing shirts remembering their son. “Just like this [anniversary] is historic, we want to make our tragic incident historic for all people by letting the world, by letting the country know that we will continue to stand as parents, not only for our kids, but for all of our kids, and fighting for justice for all of our kids,” Martin said. Martin Luther King’s oldest son also urged the assembly to continue to take action. “This is not the time for nostalgic commemoration. Nor is this the time for self-congratulatory celebration. The task is not done. The journey is not complete. We can and we must do more.” 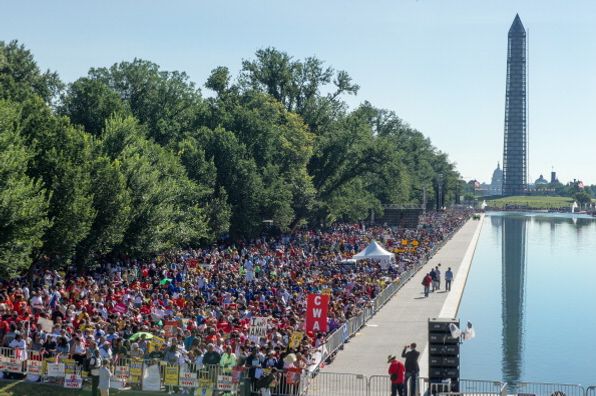 President Obama will celebrate the March on Washington on its actual anniversary, Wednesday, with an address at the Lincoln Memorial scheduled to take place at the exact same time as King’s famous speech. Former Presidents Bill Clinton and Jimmy Carter will be there too.