This week, the NYPD and Mayor Bloomberg announced what they called the largest gun bust in New York City history, including the seizure of 254 firearms and the arrest of nineteen people in a 552-count indictment. Although Brooklyn’s Matthew “Neno” Best was charged with just one count of conspiracy, he earned a shout-out at the press conference for allegedly selling guns out of his “makeshift” Ocean Hill recording studio and bragging about the crimes on Instagram. His social-media presence, investigators said, led them to the man accused of being at the center of the gun-smuggling ring, Omole Adedji. But Best left behind quite the Internet trail, which shows he was not exactly excelling at his other chosen craft.

Here’s his Instagram account, which has since been deleted but lives on in the NYPD’s evidence files: 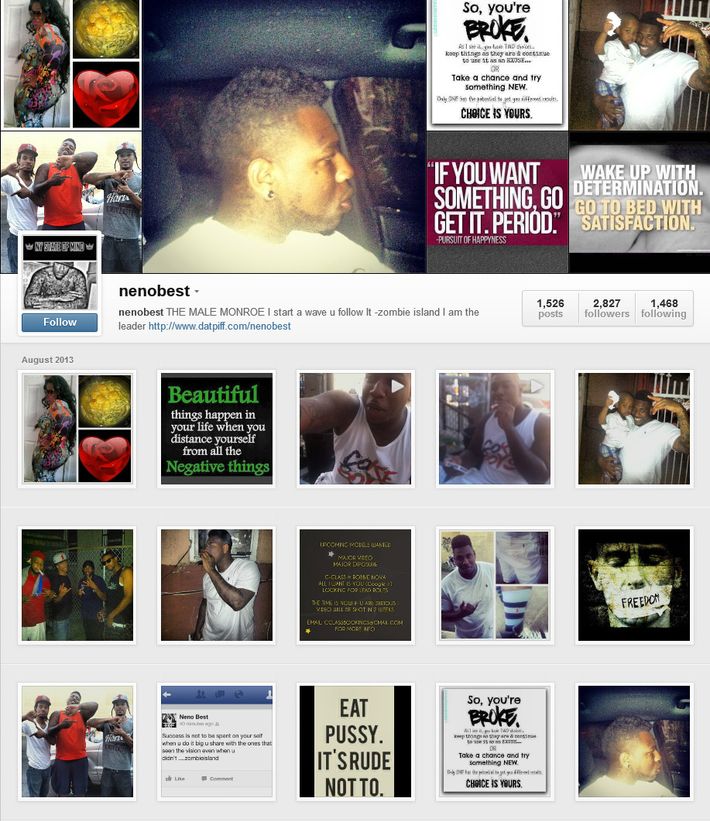 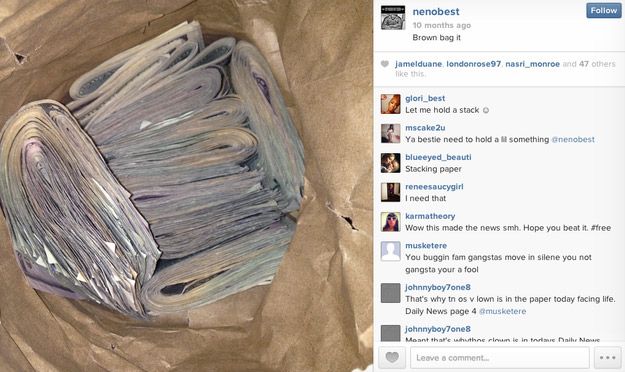 As the rapper Neno Best, he put out two mixtapes still available on DatPiff, Need No Introduction (149 listens) and Zombie Island (175 listens).

On Facebook (bio: “every thing i say is real and from the heart”), Best’s page had just 51 “likes,” and now features some disappointed fans: 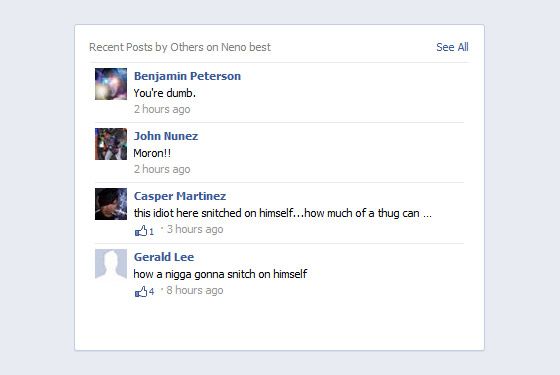 … as well as some rapping (“.38 revolver work so well …”), which is more unremarkable than terrible, but still has barely 500 views:

The @nenobest Twitter account, meanwhile, is private. It has 348 followers and 2,854 tweets. The description reads, “A nigga nightmare and a females dream. tated up no like neck down to foot.rap,play bball,and the best at whatever it is that i do.”