It’s not easy to alienate a city of 800,000 residents with a single blog post. But in the span of a 664-word rant about all the things that are wrong with San Francisco, ex–New Yorker Peter Shih, the founder of a tech start-up called Celery, managed to not only piss off an entire corner of the Internet, but also inspire IRL signs calling for his ouster from the city.

Shih’s blog post on Medium, “10 Things I Hate About You” (which he’s since deleted but is available in a cache here), ran through a litany of Shih’s problems with life in the Bay Area, including but not limited to his feelings on the city’s homeless people:

San Francisco has some of the craziest homeless people I have ever seen in my life. Stop giving them money, you know they just buy alcohol and drugs with it right? Next time just hand them a handle of vodka and a pack of cigarettes, it’ll save everyone some trouble. I’m seriously tempted to start fucking with people and pay for homeless guys to ride the Powell street cable cars in the middle of the day, that ought to get the city’s attention.

No, not the football team, they’re great. I’m referring to all the girls who are obviously 4’s and behave like they are 9’s. Just because San Francisco has the worst Female to Male ratio in the known universe doesn’t give you the right to be a bitch all the time.

And his oh-so-novel complaint about the city’s foggy climate:

I hate how I can’t tell the difference between August and February. I hate how I have to turn on the heater in the middle of summer. I hate having to always carry a jacket because of the 20 degree swings between day and night. 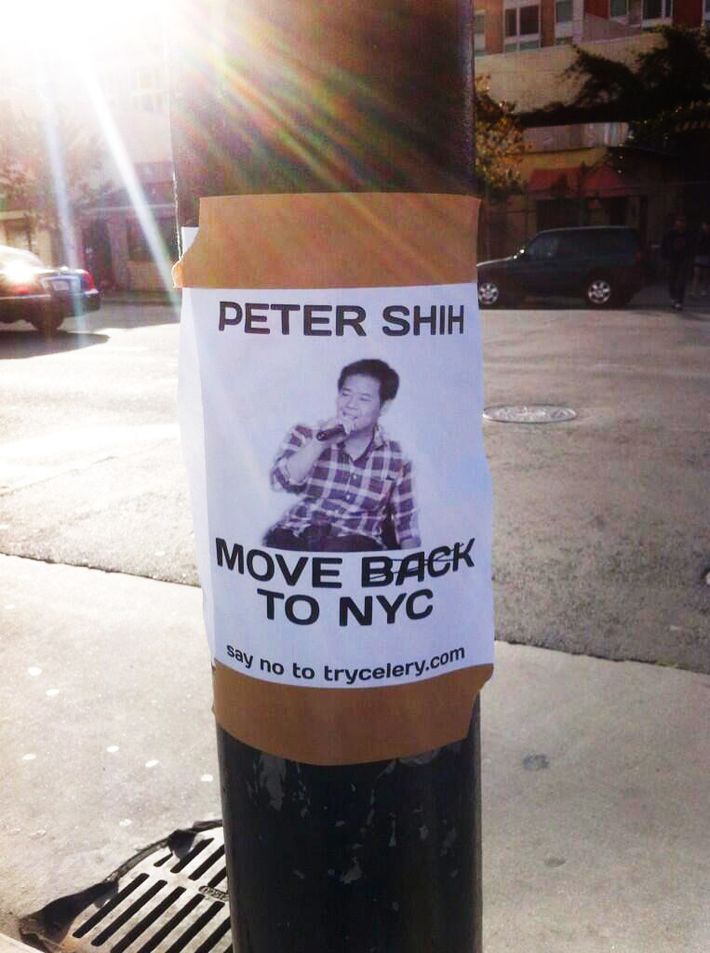 Clearly, the happy ending to this story will be Shih’s triumphal return to New York, where he’ll spend his nights pounding beers at J-Tree while telling war stories to his bros about the horrors he saw out West.

THE FEED
4 mins ago
stop the presses
stop the presses
Just What Did the Times Walkout Change?
By Shawn McCreesh
Some employees have said they are ready to vote on a strike authorization as soon as tomorrow. Others worry this has all gone too far.
4:29 p.m.
tremendous content
tremendous content
Do the Trumps Want to Crop Kimberly Guilfoyle Out of the Family?
By Margaret Hartmann
Eric Trump felt compelled to announce that, despite the rumors, he doesn’t hate his brother’s fiancée. Ivanka Trump’s silence may say more.
2:34 p.m.
sports
sports
Brittney Griner Is Coming Home From a Russian Prison
By Margaret Hartmann and Nia Prater
The WNBA star is headed home after being released in a prisoner swap for the notorious international arms dealer.