The man allegedly responsible for killing at least twelve people and injuring multiple others at the Washington Navy Yard in D.C. this morning is 34-year-old Aaron Alexis, originally of Fort Worth, Texas, according to reports. (NBC News’ Pete Williams and CBS were the first to name the shooter. Officials confirmed the name to the Washington Post.) Alexis, who was recently hired as a civilian contractor for the Navy, was reportedly armed with a rifle, an AR-15, and a handgun when he stormed the naval headquarters before 8:30 a.m. He may have used the I.D. badge of another employee to gain entry to the building, according to NBC, leading to a false identification of the suspect earlier in the day. Alexis has been confirmed dead.

“He was tall. He appeared to be dark-skinned,” said a witness, according to the Washington Post. “He was a tall black guy. He didn’t say a word.”

Alexis was arrested in Fort Worth in 2010 for discharging a firearm and can be seen in the attached mugshot.

The 2010 incident occurred when Alexis fired a shot through the floor of his upstairs neighbor. “He said that he was trying to clean his gun while cooking and that his hands were slippery. He told me that he began to take the gun apart when his hands slipped and pulled the trigger, discharging a round into the ceiling,” according to the police report obtained by the Star-Telegram.

Although officers on the scene found a gun covered in oil and a cleaning kit, the neighbor said she was “terrified” and believed he did it on purpose because of past disputes over noise. Alexis was not formally charged. 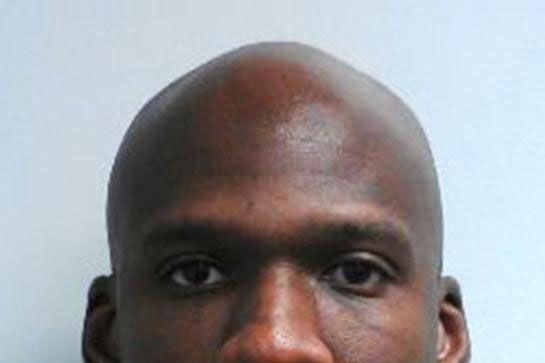 “He lived with me three years,” a Texas man named Nutpisit Suthamtewakul told the Star-Telegram, calling Alexis his “best friend.” He said Alexis had been working for a computer contractor. “I don’t think he’d do this,” said Suthamtewakul. “He has a gun but I don’t think he’s that stupid. He didn’t seem aggressive to me.” Alexis’s motive remains unknown.

A friend said the suspected shooter was Buddhist and that he “loved to go to temple, go to meditate in Thai and English.”

“Oh boy, I can’t believe this,” said Somsak Srisan, the landlord at Alexis’s last known address in Texas. “He was always very polite to me … My feeling is if he was angry about anything, he didn’t show that to me.” Alexis has not lived at the Fort Worth address for six to eight months, he said.

Alexis was reportedly born in New York City, and later lived in Flushing, Queens, between 2000 and 2002.

Reports that more than one shooter was involved have not been confirmed. Police continue to seek a black male between 40 and 50 years old with gray sideburns for questioning.

The FBI has released a bulletin on Alexis seeking more information:

Update, 6:15 p.m.: Alexis had an earlier gun-related arrest as well. In 2004, he was accused of firing multiple shots into the tires of a car during a rage blackout, according to Seattle police. Afterwards, he invoked 9/11:

Alexis also told police he was present during “the tragic events of September 11, 2001″ and described “how those events had disturbed him.”

Detectives later spoke with Alexis’ father, who lived in New York at the time, who told police Alexis had anger management problems associated with PTSD, and that Alexis had been an active participant in rescue attempts on September 11th, 2001.

Alexis enlisted in the Navy in 2007, and left the service in 2011. He was ranked an aviation electrician’s mate 3rd class.

1:42 p.m.
the far right
the far right
German Coup Plotters Wanted to Return the Country to 1918
By Matt Stieb
Police arrested 25 people involved in an alleged plan to overthrow the government and install a disgraced aristocrat as head of state.
10:25 a.m.
the sports section
the sports section
The Yankees Averted Disaster by Signing Aaron Judge
By Joe DeLessio
Baseball is entertainment, and Judge is an entertainer. The Yankees simply had to keep him.
10:22 a.m.
early and often
early and often
Raphael Warnock Is the Exception in Georgia, Not the Rule
By Zak Cheney-Rice
The pastor turned politician defied the odds again, but Georgia is still barely a purple state.
8:00 a.m.
the city politic
the city politic
Meet New York’s New Republican Voters
By Ross Barkan
Crime and schools are causing a political realignment in the city, led by communities of recent immigrants.
12/6/2022
2022 midterms
2022 midterms
Herschel Walker Didn’t Just Lose; Raphael Warnock Won
By Ed Kilgore
Walker was indeed a bad Trump-recruited candidate. But Warnock ran a very impressive campaign once again.
12/6/2022
tremendous content
tremendous content
Rudy Giuliani’s 5 Worst Excuses From His Attorney-Misconduct Hearing
By Margaret Hartmann
The former mayor has offered several bold arguments for why his efforts to overturn the 2020 election shouldn’t cost him his D.C. law license.
12/6/2022
exhibit a
exhibit a
The Trump Organization Was Convicted After a Truly Embarrassing Defense
By Ankush Khardori
Any lawyer would have a hard time convincing a jury of the company’s innocence, but these lawyers acted like buffoons.
12/6/2022
the money game
the money game
5 Takeaways From Three Arrows Capital’s New York Bankruptcy Hearing
By Jen Wieczner
Su Zhu and Kyle Davies are surfing and painting in exile. Also dodging creditors and the law.
12/6/2022
politics
politics
Brian Sicknick’s Family Snubs Mitch McConnell and Kevin McCarthy
By Nia Prater
Family members of a police officer who died following the attack on the Capitol refused to shake hands with Republican leaders at a medal ceremony .
12/6/2022
poll position
poll position
What the Polls Say Today: It’s Warnock’s Race to Lose
By Ed Kilgore
Even polls that showed Herschel Walker leading in November now show Raphael Warnock slightly ahead.
12/6/2022
whodunnit
whodunnit
Somebody Shot Up a Power Station in North Carolina
By Matt Stieb
The identity and motives of the culprits remain a mystery as thousands struggle without electricity.
12/6/2022
just asking questions
just asking questions
How Frighteningly Strong Meth Has Supercharged Homelessness
By Benjamin Hart
Journalist Sam Quinones on the radically transformed picture of drug addiction in America.
12/6/2022
conservatism
conservatism
Why the GOP Will Lose Its War on ‘Woke Wall Street’
By Eric Levitz
Republicans can’t accept that they dislike modern capitalism, so they’re blaming “ESG” instead.
12/5/2022
volcanoes
volcanoes
Volcanoes Are So Hot Right Now
By Chas Danner
There have been some stunning eruptions at volcanoes on multiple continents in the past few days. No, the world isn’t ending.
12/5/2022
early and often
early and often
Yes, Republicans Still Pose a Threat to Democracy
By Ed Kilgore
The 2022 results do not show that the GOP has given up on ruling without majority support whenever it can or must.
12/5/2022
the future is now
the future is now
That AI Chatbot Wrote a Pretty Decent New York Article
By Intelligencer Staff
Is this the end of journalism as we know it?
12/5/2022
tremendous content
tremendous content
Donald Trump Cost Lara Trump Her Fox News Gig
By Margaret Hartmann
Nepotism giveth, and nepotism taketh away.
12/5/2022
the money game
the money game
Could Caroline Ellison Be Cutting a Deal With the Justice Department?
By Kevin T. Dugan
The former CEO of Alameda Research and Sam Bankman-Fried’s ex-girlfriend might have been spotted in Manhattan.
12/5/2022
early and often
early and often
Pandemic Politics Hold Up Gazillion-Dollar Defense Bill
By Ed Kilgore
For 61 years, the two parties have agreed on an annual defense-policy bill. It could fail this year as Republicans bend to their anti-vaxx base.
12/5/2022
tremendous content
tremendous content
The Donald Trump–Elon Musk Feud: A Complete History
By Margaret Hartmann
After reinstating Trump’s Twitter account, Musk sided with the U.S. Constitution over the ex-president. Here’s the latest on their chaotic saga.
12/5/2022
early and often
early and often
Trump Admits the U.S. Constitution Is Against Him
By Chas Danner
The former president wants to terminate the parts that prevent him from overturning his 2020 election loss.
12/5/2022
'i can do my time'
'i can do my time'
Why Was Eric Adams Really in Qatar?
By Matt Stieb
The mayor went to some World Cup matches, met investors, and didn’t appear to say much about the tournament’s alleged abuses.