When choosing a Twitter handle, most members of Congress haven’t been inclined to rock the boat, and the vast majority follow a predictable format: @[FirstNameLastName] is popular, as is @Rep[Name], while some have decided to throw in a reference to their district (@BachusAL06, for example). But a select handful of maverick-y lawmakers refuse to conform to boring Twitter norms. These are their stories. 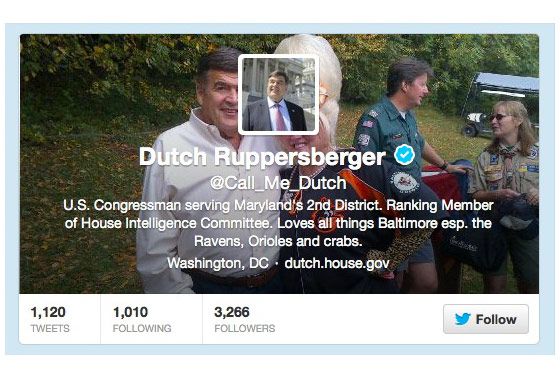 He’s not a Melville devotee. Ruppersberger’s communications director, Jamie Lennon, says that a first-name basis is just how the congressman operates.

“The congressman is a little less formal,” Lennon said, adding that he doesn’t like it when people address him by his formal title. “His reaction is always ‘Call me Dutch.’”

But even if the congressman — who was born Charles Albert — needs to remind people to call him Dutch, why not @callmedutch, without the underscores? “It was already taken,” Lennon says. The present owner of the handle boasts three tweets and zero followers. 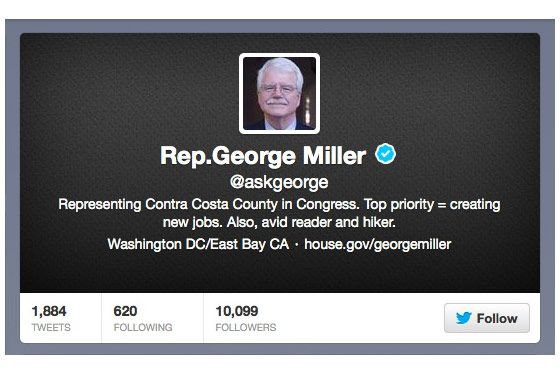 Congressman Miller’s Twitter handle sounds like a failed search engine from the late nineties, and, indeed, Miller press secretary Peter Whippy acknowledges that it’s a holdover from a few years and a few press secretaries ago, when the congressman would do Q&A-style responses on YouTube and the like. Should Miller decide to evolve with the times, @RepGeorgeMiller and @GeorgeMillerCA are reasonable and available replacements. Unfortunately, @GeorgeMiller is taken by a fan of the Canadian Women’s Hockey League. 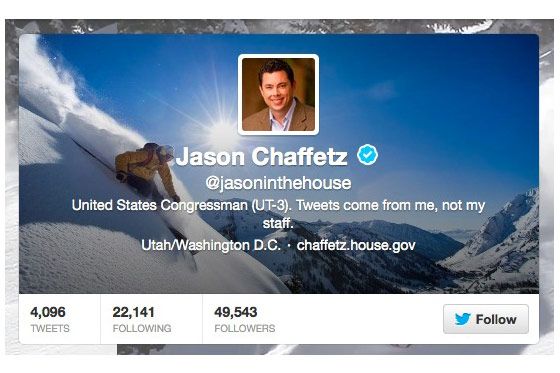 Jason is in da house and apparently running for seventh-grade student government. MJ Henshaw, Chaffetz’s media relations manager, said that the congressman’s difficult last name is the culprit for the offbeat handle. “Honestly, for him it was just an easier way for people to find him on Twitter,” she said. But she didn’t come up with the name and doesn’t touch his Twitter account. “He tweets 100 percent himself. He’s the one who signed up for it, and he came up with the handle.” 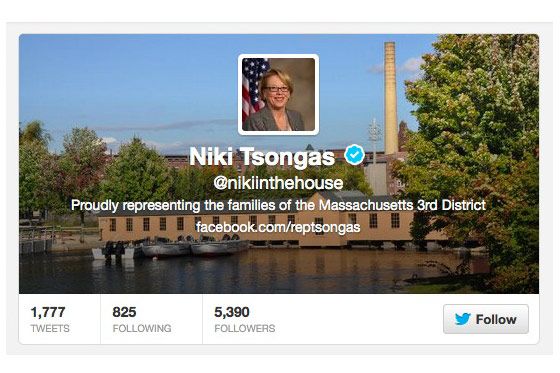 The spelling explanation wouldn’t seem to apply for Tsongas, whose first name is hardly any easier to figure out than her last. Her communications director, Michael Hartigan, said in an e-mail that the “handle itself came about after the congresswoman brainstormed some ideas with her staff.” He also clarified that Niki was not “in the house” in the Urban Dictionary sense of the phrase. “‘In the house’ solely refers to the House of Representatives,” Hartigan says. “The handle was chosen because it was different, a bit more fun, and informal to encourage interaction with constituents.”