Late last night, as Labor Day revelers were cleaning up from their barbecues, Microsoft announced that it was buying Nokia’s phone business for more than $7 billion, a monster deal that has set off waves of speculation about what, exactly, an aging tech giant wants with a flailing Finnish phone company.

It’s not the most exciting deal in tech history — “Microsoft” and “Nokia” both being words that tend to inspire late-nineties nostalgia — but it’s a meaningful one that promises to reshape the gadget landscape. And it makes sense when viewed through the lens of the mobile-phone wars, and Microsoft’s desperate desire to avoid being caught flat-footed in yet another tech sea change.

We all know that the smartphone business is dominated by devices running iOS and Android. But as the year-old chart below shows, the lead those two systems have is widening considerably. BlackBerry is basically a nonentity now, and Windows Phone (the tiny purple stripe) is languishing in a distant third place. 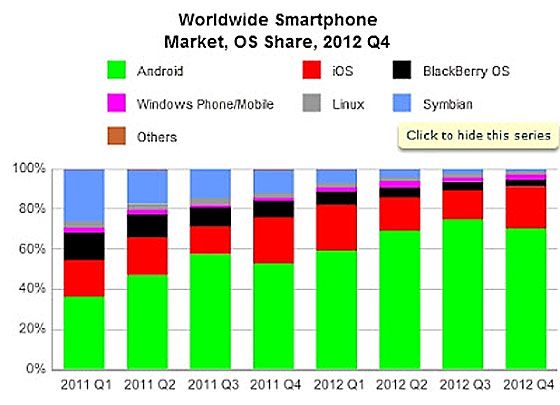 The problem with being such a small sliver is that size is self-reinforcing in the smartphone world. When you’re a big provider like iOS or Android, companies want to make phones for you. App makers want their apps to run well on your devices. Wireless carriers push your phones to their customers.

But when you shrink to the size of a BlackBerry, you become an afterthought. Your app stores become sad wastelands of knockoffs and simple ports, and your corporate customers abandon you for fear that you’ll go bankrupt and stop supporting their devices. Pretty soon, you’re selling the jet.

Microsoft doesn’t want to become BlackBerry, and it doesn’t want Apple and Google to have a mobile-phone duopoly. In its own words, the company “cannot risk having Google or Apple foreclose app innovation, integration, distribution, or economics.” So it’s joining forces with Nokia, in the hopes that together, the two runts can form a solid contender.

Windows Phone still has a fighting chance, thanks mostly to a partnership deal Microsoft struck with Nokia in 2011 to try to compete for high-end smartphone sales. People thought the deal was crazy when it was announced (“like two fading marathon runners deciding to hold hands,” one blogger quipped), but the partnership actually seems to have increased Microsoft’s market share and made Windows Phone a (slightly) more viable also-ran. According to Microsoft’s slide deck announcing the Nokia acquisition, shipments of Nokia Windows Phones are up 78 percent year over year, and the phones are outselling BlackBerry in 34 countries.

That’s not all that impressive — I’m pretty sure there are kids’ lemonade stands outselling BlackBerry in 34 countries — but it has proven that Windows Phone isn’t on a one-way trip to irrelevance. And it has made the Nokia partnership the one bright spot in Microsoft’s mobile-phone business. As this chart shows, by earlier this year, Nokia had become Microsoft’s most trusted partner, and was making four out of every five Windows phones. 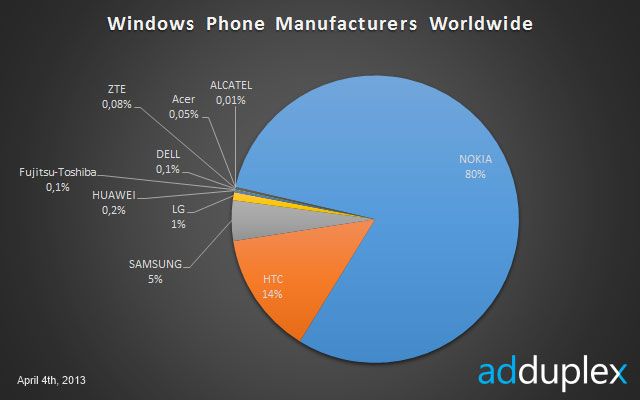 The only problem? Microsoft revealed yesterday that it only got $10, at most, from every Nokia-made Windows Phone sold. So if Windows Phone somehow managed to eclipse iOS and Android as the world’s smartphone platform of choice, it would be Nokia, not Microsoft, getting rich.

Now, Microsoft will get a much bigger cut of every Nokia Windows Phone sold. It’s decided to buy the cow, rather than try to profit from the milk.

As a side benefit, Microsoft will also get Stephen Elop, a former Microsoft executive who went on to become CEO of Nokia, and will now be a contender to take over the spot recently opened up by Steve Ballmer. (Bookies already have Elop at 5:1 odds for the spot.) Elop is a hard-driving manager who became famous for a memo he wrote to Nokia employees upon taking the saddle, in which he compared Nokia’s business model to a burning oil rig, and said it desperately needed to change course. The stock market hated Elop — shares dove after his memo leaked, and the phrase “Elop Effect” was coined to describe the disaster — but he was right about Nokia’s trajectory. And as Microsoft loses Ballmer to retirement, the company might have use for a tough-talking turnaround artist in the corner office. 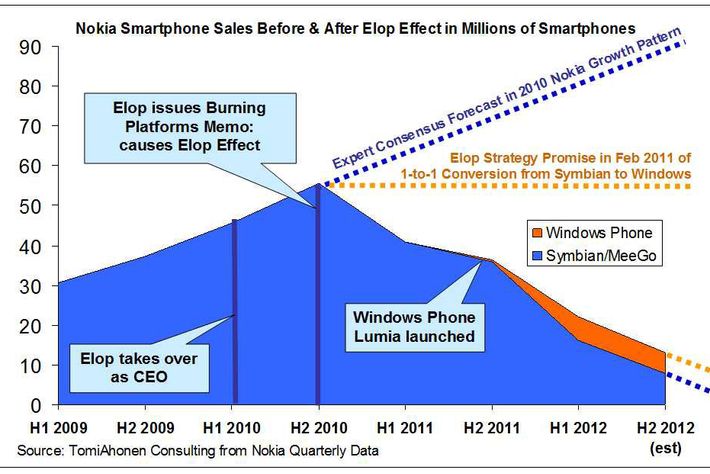 But make no mistake: Microsoft’s latest acquisition isn’t a talent grab. It’s a land grab. Microsoft needs to show the world that it’s still interested in making smartphones. And buying Nokia is a shortcut to establishing itself as a serious competitor to Apple and Google. Now, all it needs to do is take some market share.