Today was a big milestone in mankind’s quest to chuck objects really far out into the universe to see what happens. The Voyager 1 space probe, launched in 1977, has officially become the first manmade object to enter insterstellar space (unless there are men on other planets and they’ve done the same thing — it’s possible!). It’s currently floating about 12 billion miles away.

Because space is weird, there is a lot of confusion today, as always, about where exactly Voyager 1 is now. Many headlines have claimed that it has “left the solar system.” 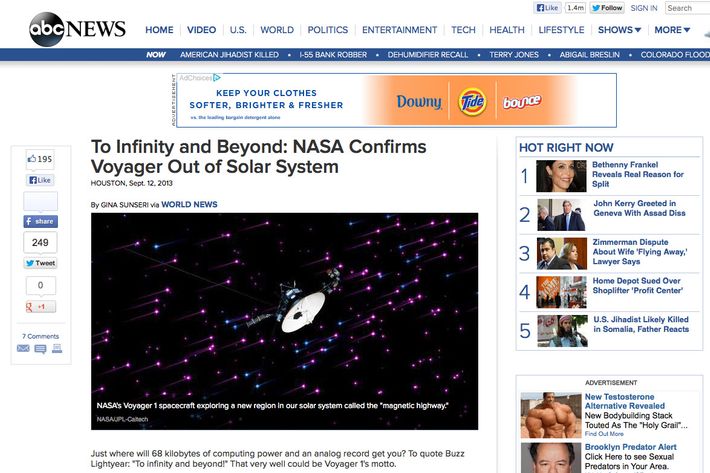 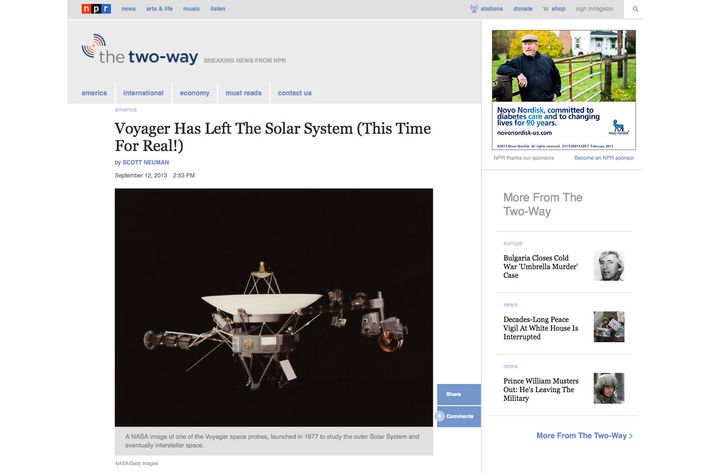 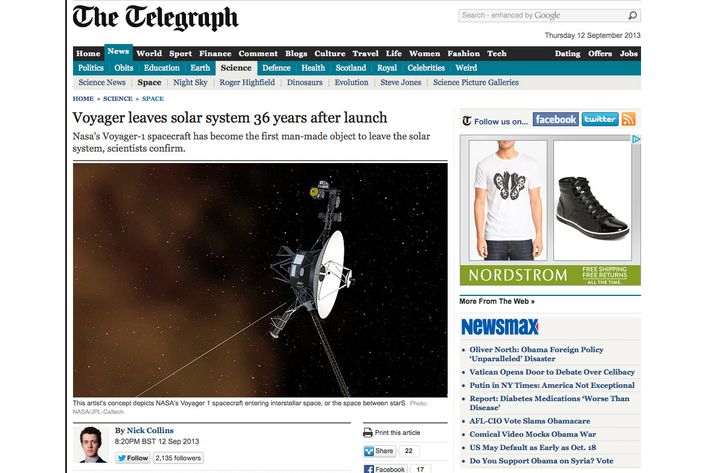 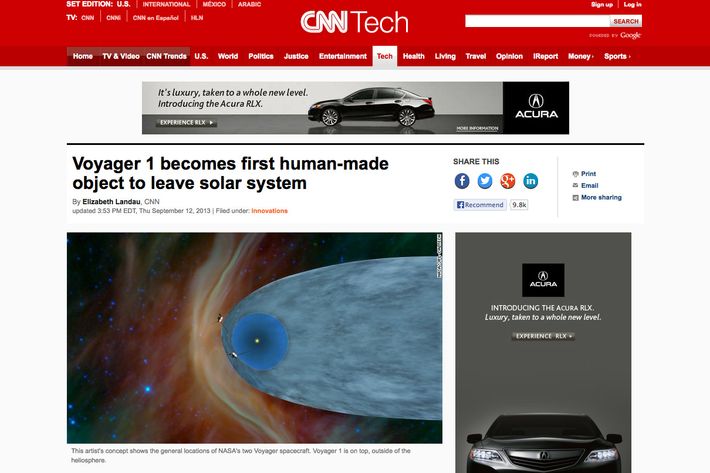 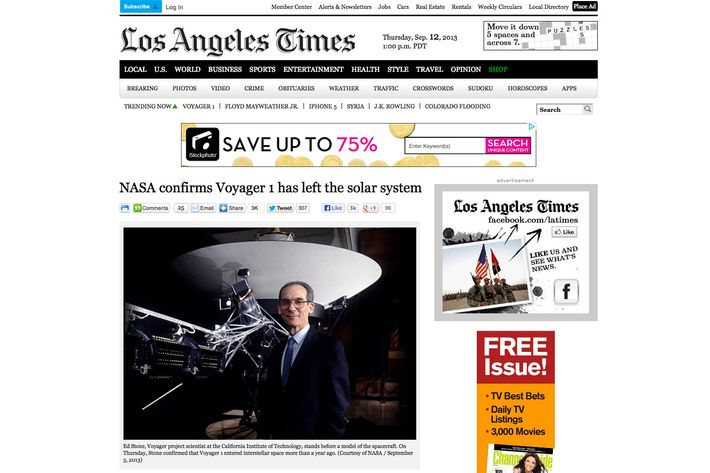 So, would the team say Voyager 1 has left the solar system? Not exactly - and that’s part of the confusion. Since the 1960s, most scientists have defined our solar system as going out to the Oort Cloud, where the comets that swing by our sun on long timescales originate. That area is where the gravity of other stars begins to dominate that of the sun. It will take about 300 years for Voyager 1 to reach the inner edge of the Oort Cloud and possibly about 30,000 years to fly beyond it. Informally, of course, “solar system” typically means the planetary neighborhood around our sun. Because of this ambiguity, the Voyager team has lately favored talking about interstellar space, which is specifically the space between each star’s realm of plasma influence.

In other words, this is a semantic debate. The important part is that Voyager 1 is really far away from Earth right now, collecting data in a place where we’ve never done that before. It’s a pretty big achievement for a species that can barely agree on what sports to play in the Olympics.

+Comments Leave a Comment
Voyager Has Not Left the Solar System