Barack Obama’s alleged terrorist pal, Weather Underground co-founder and former University of Illinois professor Bill Ayers, did not cease to exist after the 2008 election. In fact, the proud radical is back with a new book, Public Enemy: Confessions of an American Dissident, and a mainstream press tour that’s giving right-wing blogs still more reasons to freak out. The actual Ayers, as opposed to his media caricature, is thoughtful and sharp at 68, and remains amused by the rumors he ghostwrote Obama’s Dreams of My Father. “Guess who ghostwrote Public Enemy?” he joked with Daily Intelligencer today from a car on the way to the airport. “You’ll never guess.” (It was him.)

Ayers also held forth on his media diet, the red scare of the NYC mayoral election, and the disappointments of President Obama.

How has this book tour been? You did Morning Joe and some other cable-news programs — do you watch them?
No. Unless you call The Daily Show cable news — I’m devoted. And if you call The Onion the mainstream media, I also read that. That’s where I get my news: The Onion, Daily Show, and Stephen Colbert.

What else?
My daily dose of the New York Times and NPR. My sons tease us about it — they prefer Truth Out, Daily Kos — but it’s a ritual I’ve enjoyed my whole adult life. Bernardine Dohrn, my partner of many decades [and also a Weather Underground co-founder], listens to sports talk radio — Mike and Mike in the Morning. But if I really want to know what’s going on, I do a lot more going online than I ever did, starting with Democracy Now.

Have you been following the NYC mayoral race?
A little bit. We’re Chicagoans, so we’re horrified that Rahm Emanuel, who is so grotesquely unpopular and such a terrible, terrible mayor, has already raised $5 million. He’s got the money, the media, and the access to power.

Bill de Blasio, the big favorite here, comes out of a young leftist tradition — including his involvement with the Sandinistas — and now he’s facing charges of being a communist sympathizer, a socialist, all of those right-wing buzzwords. How do you think he should handle the criticism?
What’s interesting is that his father was also blacklisted and that really altered the course of his life. A guy who lost a leg in WWII and became an alcoholic — that’s the nature of blacklisting. The thing about Bill de Blasio is that he should be very proud of the fact that he supported the Sandinistas when he was a young man because being progressive about the role of Latin American independence and self-determination, 30 years ago, was prescient and correct. He shouldn’t run from it, he should embrace it.

We watched John Kerry, when he ran for president, try to run from the one moment he told the truth about Vietnam, and that didn’t serve him very well. 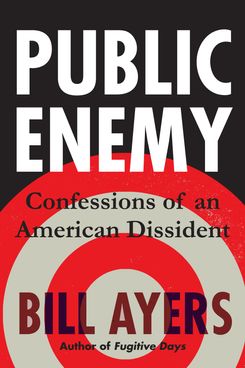 But what about De Blasio’s actual capacity to effect change? Does his talk of income inequality inspire any optimism in you or is he just paying lip service to popular ideas?
I think Occupy talked about income inequality and that’s a good thing. They put it on the agenda. But I will say this: If you look at history, Lyndon Johnson passed the most far-reaching civil-rights legislation since Reconstruction and yet he wasn’t part of the black freedom movement. Roosevelt passed the most far-reaching labor legislation, and yet he wasn’t part of the labor movement. Nor was Lincoln part of an abolitionist party. Those three are remembered for great things because of power from below.

What about education reform? Are De Blasio’s ideas about universal pre-kindergarten viable?
In a decent and humane society, universal preschool education would be a given and so would family leave for all parents, not just mothers. The fact that he at least leans away from the billionaire agenda of privatizing the public space is a terrific thing.

In the past, De Blasio has labeled himself a “Democratic socialist.” How socialist is he on a scale of one to ten?
I’ve spent most of my life avoiding labeling people in a glib or easy way. Me, I’m a radical — I want to go to the root of things. On the First Amendment, I’m a fundamentalist. On the economy, I’m a socialist. On government, I’m kind of an anarchist. And on prisons, I’m an abolitionist. So you know, those labels are partial.

Do you think his popularity is part of a broader trend among young people, especially in major cities, moving to the left?
I’d like to think so. But I hope that young people in New York and other major cities don’t think their salvation lies in an election or with a politician. It never does.

Speaking of, what’s been the biggest disappointment for you of Obama’s presidency?
I wouldn’t say he’s disappointed me very much. He is exactly as he advertised himself. He said all through the 2008 campaign, I’m a middle-of-the-road moderate, pragmatic politician. The right looked at him and said, No, he hangs out with black nationalist preachers and pals around with terrorists and he’s a secret Muslim socialist. The left looked at him and said, I think he’s winking in my direction. But he wasn’t winking.

Have you been following the shutdown and debt-ceiling negotiations? What do make of the current state of things in D.C.?
One of the things that’s bizarre about the government shutdown is that the debate is supposedly between those who want to be fiscally responsible and those who want to tax and spend. Nothing could be further from the truth! All governments at all times, all they want to do is tax and spend. The question is tax whom, how much, and spend on what.

I want to spend on education, health care, and disparities of income. The right wants to spend on the Pentagon, surveillance, and incarceration. We can balance the budget in a nanosecond by shutting down the trillion-dollar-a-year military juggernaut and the billions a year we spend on spying. Frankly, we don’t need it to be safe. We don’t need it for the future of the planet.

But of course, I can see like everyone else that a group of rabid right-wing nuts have taken control of the Republican Party and they’re the ones driving this current craziness.

What was the last time you spoke with the president?
It was before 2008. I wish he invited me to the White House every Monday for consultations, but it hasn’t happened yet.

+Comments Leave a Comment
Bill Ayers on De Blasio, Obama, and the Shutdown