Bill de Blasio participated in a Reddit AMA this afternoon, and as is often the case with Reddit AMAs, we learned some interesting new things about him. Here are seven.

1. He thinks Di Fara has the best pizza in the city, and don’t even bring that Manhattan shit in here:

2. Like many liberal sorta-Catholics, he’s a big fan of the new pope:

4. He’s not going to bike to work because city biking could never compare to Montana, or something: 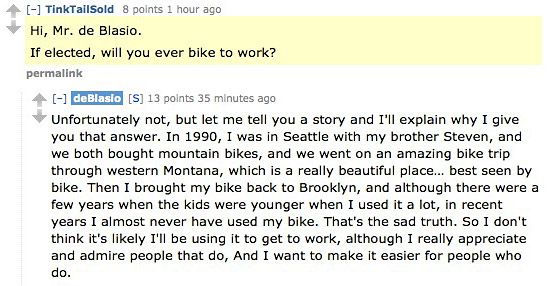 5. He does not appear to be Airbnb’s savior: 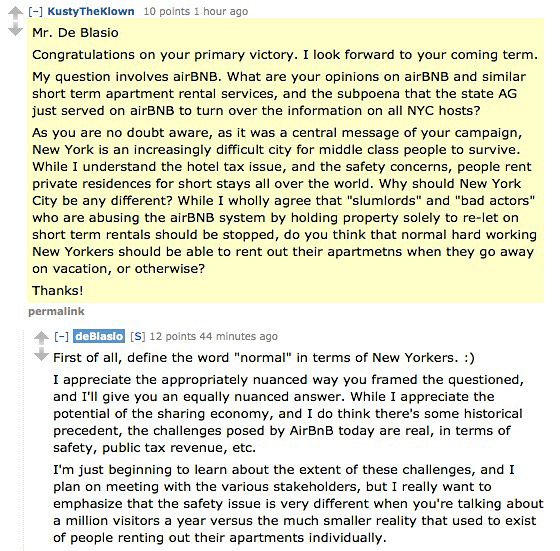 7. He likes Joe Lhota as a human being, if not as a potential mayor: