Millions of people across the country are irritated with John Boehner and the tea party these days. But it was pretty strange when Family Feud tweeted some harsh thoughts about the GOP over the weekend, because, you know, it’s a game show? 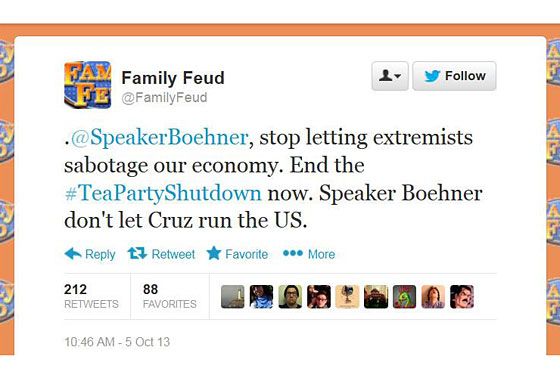 Conservatives online were irate, the tweet was deleted, and the show now claims that the account had been hacked. We have no information to indicate that the hacking excuse isn’t true, but it’s never true.