My new favorite feature in The Wall Street Journal is “The Experts,” a panel of distinguished writers and thinkers weighing in on vital issues of the day. Today’s question is: How will the Affordable Care Act affect retirees? Alicia Munnell, a former assistant secretary of the Treasury, member of the Council of Economic Advisers, and member of the Boston Federal Reserve assures Journal readers, in a brief two-sentence explanation, that they have no cause for concern: “The Affordable Care Act will have no impact on those 65 and over as they have Medicare.” However, fellow Journal Experts panelist Suzanne Somers has a different and more alarming take.

Somers may lack the “qualifications” to analyze public policy of an Alicia Munnell, but she has written no fewer than 24 books on beauty, aging, weight loss, and other issues relevant to health care generally, and whatever she lacks in traditional analytic skills, she more than makes up for with a strong love of freedom. If your newspaper is going to publish a weekly column by Karl Rove, you have already crossed whatever conceptual boundary might stop you from publishing Suzanne Somers.

Still, even by the Journal’s meager intellectual standards, Somers’s op-ed goes badly, badly awry. I would strongly urge any readers to take 90 seconds from their day to read Somers’s entire column. Her basic premise appears to be that Obamacare is aimed primarily, and perhaps entirely, at retirees:

Affordable care will allow for pre-existing conditions. That’s the good part for retirees. But, let’s get down and dirty; the word “affordable” is a misnomer. So far, all you are hearing on the news is how everyone’s premiums are doubling and tripling and it doesn’t take a rocket scientist to recognize that the whole thing is a big mess. …

So, is affordable care a good thing for retirees? Perhaps over time, it might work if you don’t get too old and you don’t get too sick, and you don’t live too long. But frankly, the economic ramifications with our already swollen debt load don’t add up. Retirees who are on Medicare will suffer the consequences of 700 billions of Medicare dollars instead being used to cover the skyrocketing cost of Obamacare. In essence, less dollars for seniors, means less service. Not fair. The Boomers are going to take the “hit.” In Obamacare, “too old” has limitations of service.

Reminder: This appeared in The Wall Street Journal. In addition to offering her “down and dirty” advice for retirees, Somers has strong views on socialism:

And then there is another consideration: It’s the dark underbelly of the Affordable Care Act reminiscent of what Lenin and Churchill both said. Lenin: “Socialized medicine is the keystone to the arch of the socialist state.” Churchill: “Control your citizens’ health care and you control your citizens.”

Unsurprisingly, Lenin never said that line — it’s a decades-old right-wing fabrication. The more curious line is the Churchill quote. It’s almost certainly fake, too; it does not appear in the LexisNexis database or in Google. Unless Somers has done original archival work on Churchill, she seems to have fabricated that quote on her own, or possibly received it via chain e-mail.

But the more interesting question is what does Somers think it means? Does she believe Churchill was warning the world of the dangers of a national health-care system? If so, that’s weird, because he strongly favored such a system. Given the latter, is she holding up Churchill as another European despot who, like Lenin, sought to impose universal health care on his citizens? Somers’s side-by-side listing of Churchill with Lenin, along with Churchill’s actual support for nationalized health care, makes the latter more plausible.

Somers has tackled a wide array of issues for the Journal, but her latest column may be her deepest foray into public policy: 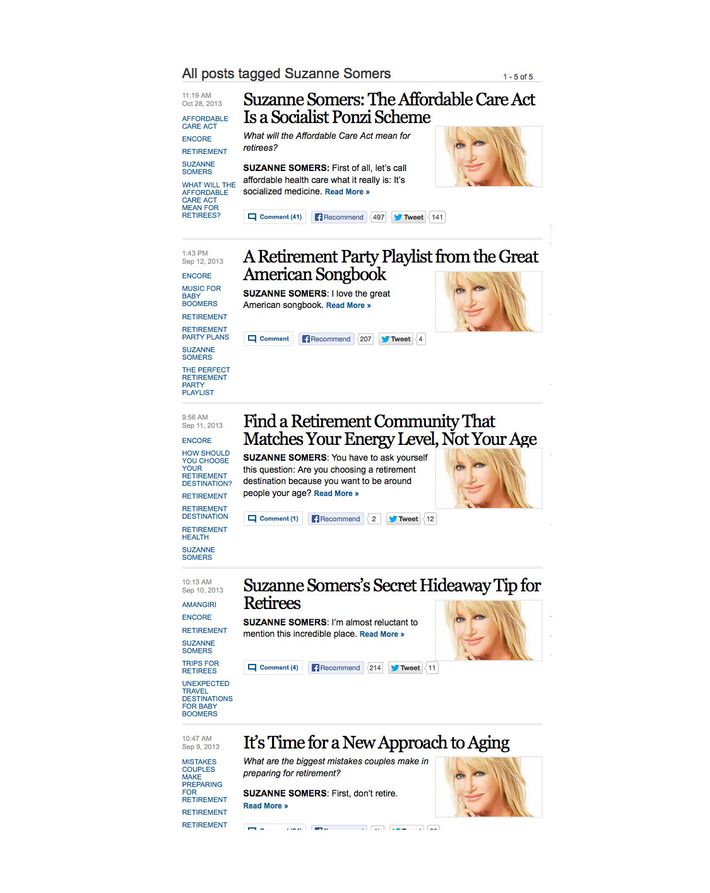 We eagerly await subsequent Somers’s augmentations of the Journal’s Pulitzer-winning critique of Obamacare.

Update: The Journal has appended the following correction to Somers’s column:

Also, the cover of a Maclean’s magazine issue in 2008 showed a picture of a dog on an examining table with the headline “Your Dog Can Get Better Health Care Than You.” An earlier version of this post incorrectly said the photo showed and headline referred to a horse.