If there’s one thing that pisses off a bicyclist more than anything else, it’s an obstructed bike lane. There are rules, after all, and if we don’t adhere to them, well, the streets will be chaos. Of course, as many have noticed, there are some rules that bicyclists believe must be followed zealously, and others that barely need to be followed at all.

We’re talking, specifically, about red lights. As you’ve probably noticed, many bicyclists see red lights as more of a suggestion than an obligation. Exactly how often do they ignore red lights, though? With Citi Bike planning to add 4,000 additional bikes and expand into new neighborhoods, we decided to find out.

On a recent afternoon, we sent Daily Intelligencer intern Nikita Richardson to the relatively quiet Soho intersection of Greene and Prince to surreptitiously observe what bicyclists did when confronted with a red light. Here’s what the crossing looks like from Prince Street (which has a bike lane): 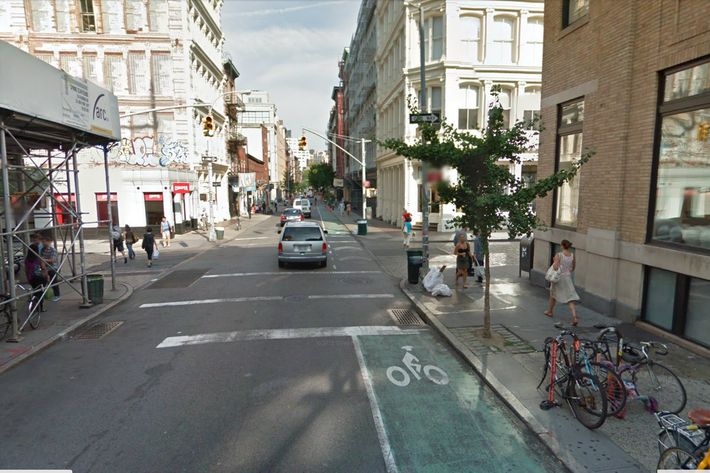 In the time she observed the intersection, only 13 out of 89 bicyclists on Prince Street stopped for the red light, a total of 14 percent.

Of course, this is a fairly inactive corner, and not necessarily typical of the city as a whole. So we also had Richardson check out one of the busier spots in Manhattan: 47th Street and Seventh Avenue, right in the middle of Times Square, where cars, bikes, perverts in costumes, throngs of overwhelmed tourists, and people selling overpriced bottles of water to throngs of overwhelmed tourists converge. And, indeed, bicyclists were more hesitant to bust through red lights in this area. Somewhat.

For bikers on Seventh Avenue … 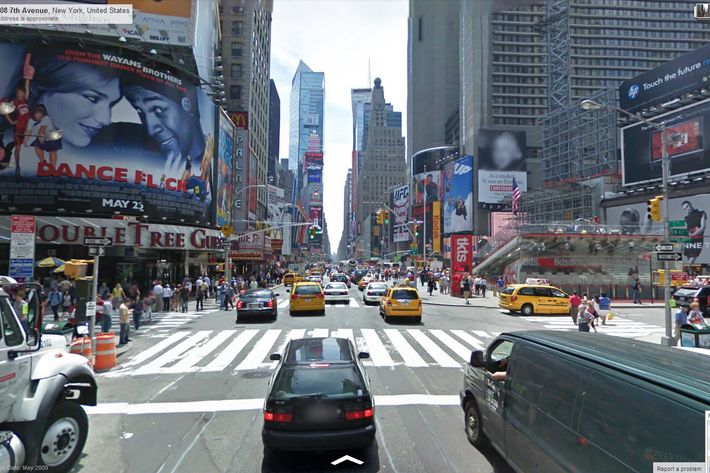 … only 11 out of 50, or 22 percent, stopped for the red light at 47th Street. For bicyclists on 47th Street crossing over or onto Seventh Avenue … 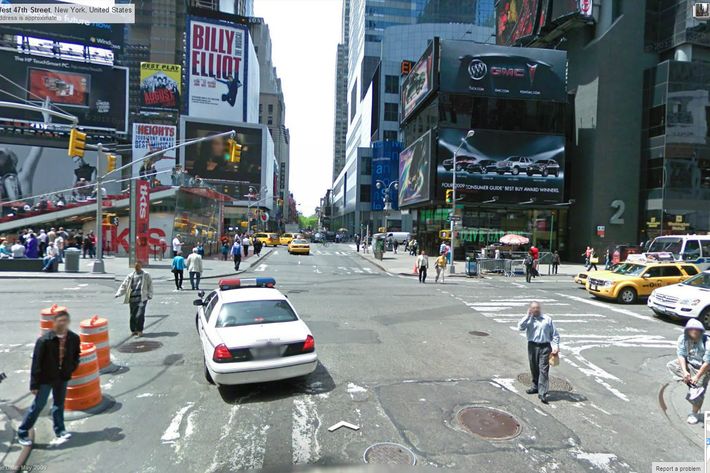 … a whopping 11 out of 30, or 36.6 percent, managed to wait out the red light. In other words, even at the busiest intersections, only about a third of bicyclists stop for red lights.

For what it’s worth, based on our observations, Citi Bikers are more likely to obey red lights in Times Square than people on normal bikes. Perhaps many of them are tourists unaware of our local customs.

*The sentence “Few motorists would dare blow through a red light, even if it appeared safe to do so” has been removed from the second paragraph. A 2000 report indicates that drivers in New York City run 1.23 million red lights each day, which is more than a few.

+Comments Leave a Comment
How Often Do Bicyclists Stop at Red Lights?