A PG entry from the oeuvre.

There is much, much more, and it remains online: 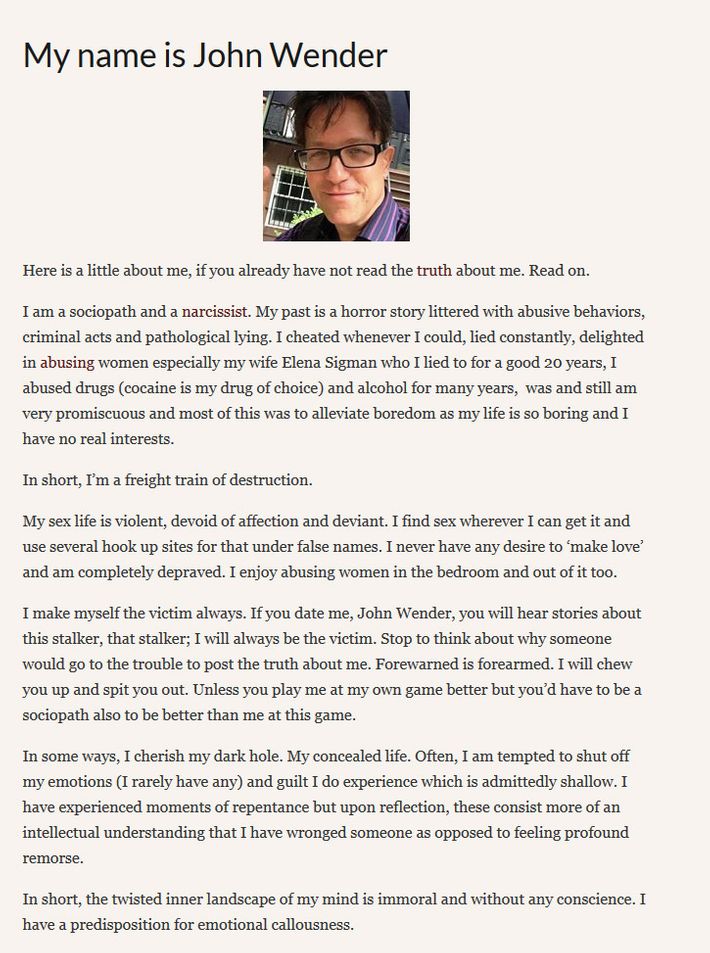 “She went to my high school,” Wender said to the Daily News. “We only went on three dates. It’s affected my life, it’s affected my kids’ lives. She’s insane.” For having his reputation “irreparably harmed,” Wender wants $1.2 million.

Silberling, meanwhile, told the Post, “Hmmmmm.” She added that the claims are “bogus.”

Memo to scorned women everywhere: There’s an app for that — it’s called Lulu.