In a stern letter released this evening, the head of the Federal Railroad Administration, Joseph Szabo, reprimanded the MTA for a series of recent safety failures — including, but not limited to, Sunday’s deadly derailment in the Bronx. “The specific causes of each of these accidents may vary, but regardless of the reasons, 4 serious accidents in less than 7 months is simply unacceptable,” Szabo writes. “Not only have some of these incidents had tragic and catastrophic consequences, they have also eroded the public’s confidence in the safety of the railroad transportation system.”

The FRA, which is an agency of the Department of Transportation, officially ordered the MTA to “immediately” implement a “confidential close call reporting system” (C3RS, to its friends), and to keep the feds updated on a planned “safety stand-down.” However, the letter ends with a threat of further federal meddling to address “significant concerns about the current situation at Metro-North.” Read the entire thing below. 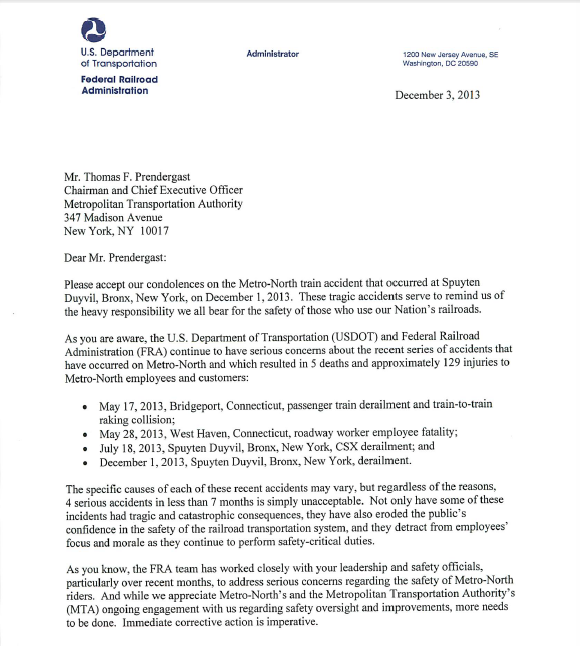 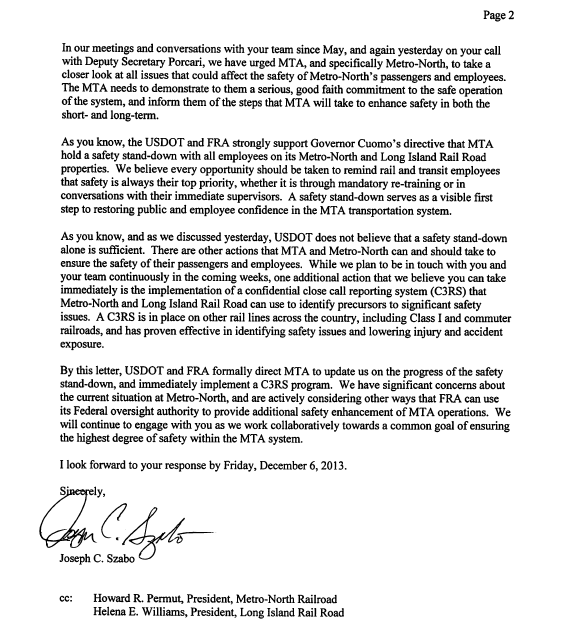