If you skipped this year’s State of the Union, you made a big mistake. The president announced he’s dismantling Obamacare and John Boehner would not stop mouthing, “whatever.” Just kidding. It was pretty standard – lots of clapping and talk about things that probably won’t happen – but there were some interesting moments, such as the president threatening to take action with or without Congress and an unexpected show of Boehner appreciation. Here’s a look at the highs and lows.

Most Unexpected Shout Out: “Here in America, our success should depend not on accident of birth, but the strength of our work ethic and the scope of our dreams … [it’s] how the son of a barkeeper is Speaker of the House.” 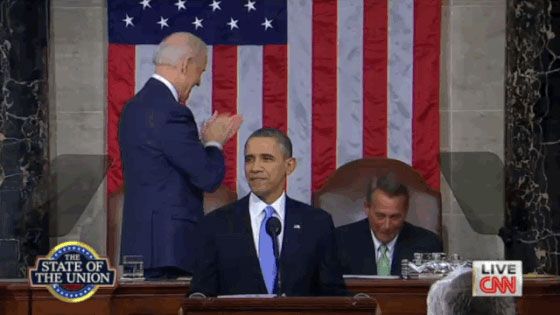 Most Unwanted Shout Out: “I agree with Republicans like Senator Rubio that [the Earned Income Tax Credit] doesn’t do enough for single workers who don’t have kids.” 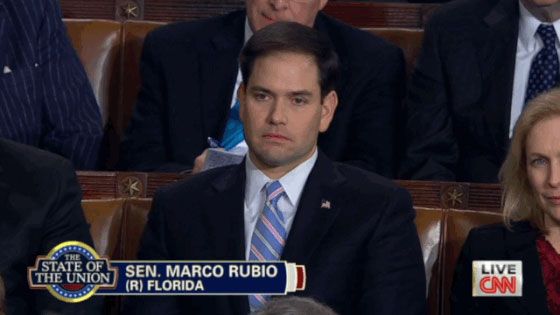 Weirdest Piece of Congressional Paraphernalia: #ThatThingInFrontOfBoehner. It’s a silver inkstand that dates back to around 1810-1820, making it the House of Representatives’ oldest surviving relic.

References to Things That Were Supposed to Get Done Last Year:

“If we’re serious about economic growth, it is time to heed the call of business leaders, labor leaders, faith leaders, law enforcement and fix our broken immigration system.”

“I intend to keep trying, with or without Congress, to help stop more tragedies from visiting innocent Americans in our movie theaters and our shopping malls, or schools like Sandy Hook.”

“This needs to be the year Congress lifts the remaining restrictions on detainee transfers and we close the prison at Guantanamo Bay.”

References to Things That Were Supposed to Get Done a Few Decades Ago: “You know, today, women make up about half our workforce, but they still make 77 cents for every dollar a man earns. That is wrong, and in 2014, it’s an embarrassment. Women deserve equal pay for equal work.”

Most Over-the-Top Laugh: Who else? Joe Biden. 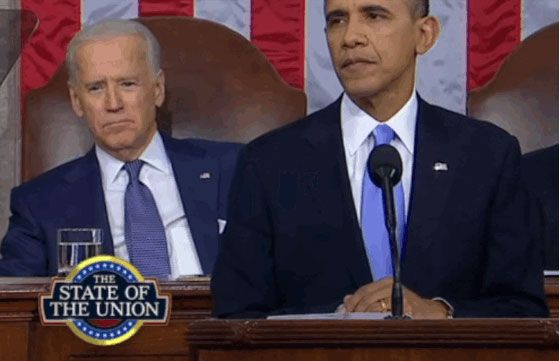 “Let me be clear: If this Congress sends me a new [Iran] sanctions bill now that threatens to derail these talks, I will veto it.”

“We’ll need Congress to protect more than three million jobs by finishing transportation and waterways bills this summer.  But I will act on my own to slash bureaucracy and streamline the permitting process for key projects, so we can get more construction workers on the job as fast as possible.”

“Wherever and whenever I can take steps without legislation to expand opportunity for more American families, that’s what I’m going to do.” 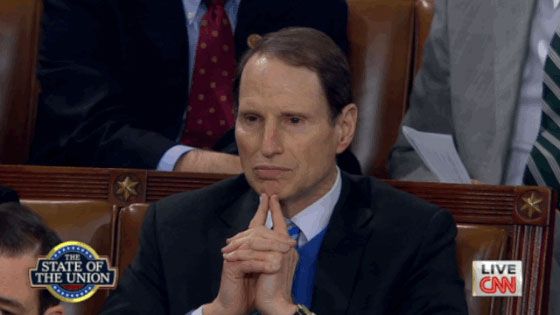 “This Congress needs to restore the unemployment insurance you just let expire for 1.6 million people.”

“For several years now, this town has been consumed by a rancorous argument over the proper size of the federal government. It’s an important debate – one that dates back to our very founding. But when that debate prevents us from carrying out even the most basic functions of our democracy – when our differences shut down government or threaten the full faith and credit of the United States – then we are not doing right by the American people.”

Most Uncomfortable Reaction Shot: Kathleen Sebelius, as the president said of Obamacare, “Now, I do not expect to convince my Republican friends on the merits of this law.” 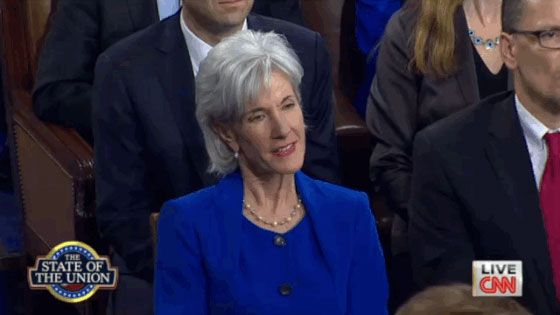 Least Timely Pop-Culture Reference:  “It’s time to do away with workplace policies that belong in a Mad Men episode.”

Most Confusing Proposal: MyRA. Obama stumbled over the punny name, then offered this vague description:

It’s a new savings bond that encourages folks to build a nest egg. MyRA guarantees a decent return with no risk of losing what you put in.  And if this Congress wants to help, work with me to fix an upside-down tax code that gives big tax breaks to help the wealthy save, but does little to nothing for middle-class Americans.  Offer every American access to an automatic IRA on the job, so they can save at work just like everyone in this chamber can. 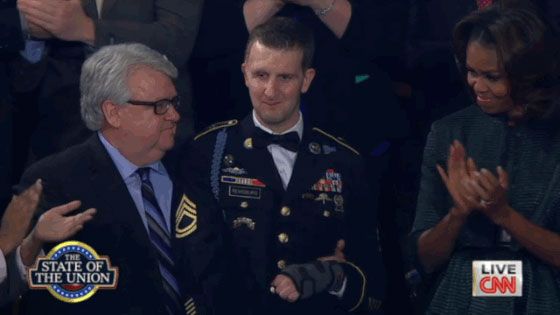 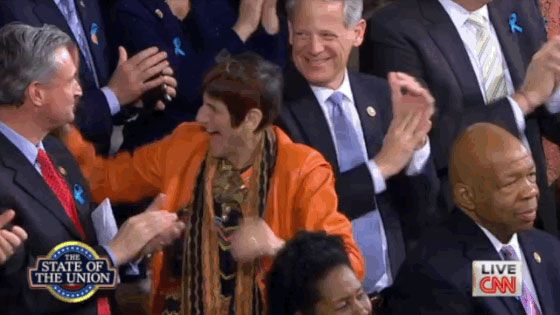 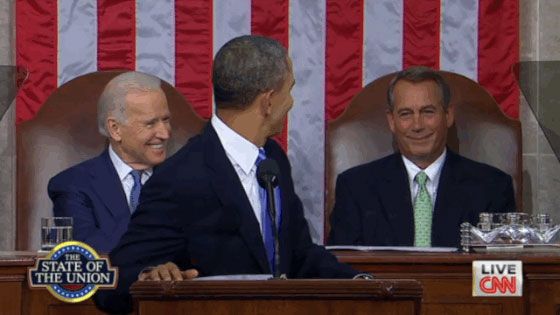 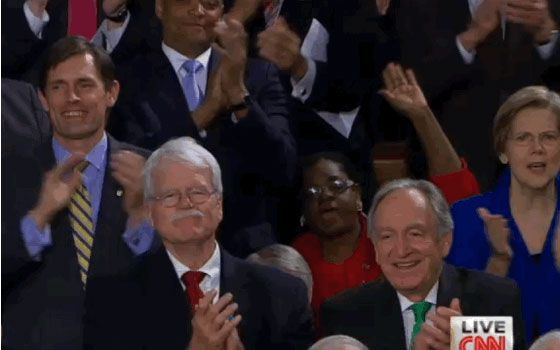 Most Groan-worthy Dad Jokes: “Nick Chute is here tonight with his boss, John Soranno. John’s an owner of Punch Pizza in Minneapolis, and Nick helps make the dough. Only now he makes more of it: John just gave his employees a raise, to ten bucks an hour – a decision that eased their financial stress and boosted their morale.”

“That’s why tonight I ask every American who knows someone without health insurance to help them get covered by March 31st … Moms, get on your kids to sign up. Kids, call your mom and walk her through the application. It’ll give her some peace of mind, and plus, she’ll appreciate hearing from you.”

Most Inspirational Moment: The story of Army Ranger Cory Remsburg, who was nearly killed by a roadside bomb in Afghanistan. “Men and women like Cory remind us that America has never come easy,” Obama said. “Sometimes we stumble; we make mistakes; we get frustrated or discouraged. But for more than 200 years we have put those things aside and placed our collective shoulder to the wheel of progress.”

Imaginary Conversation That Will Probably Never Take Place:  “Climate change is a fact. And when our children’s children look us in the eye and ask if we did all we could to leave them a safer, more stable world, with new sources of energy, I want us to be able to say yes, we did.”

Why Obama Pretended He Can Take Economic Action