Perhaps the latest Medicare figures might persuade you gentlemen to change your mind? No? Photo: Mark Wilson/Getty Images

One of the two main goals of the Affordable Care Act was to restrain the growth of health-care spending. Within the conservative movement, it has been an article of faith that this would fail. As health-care inflation has fallen to the lowest level in 50 years since Obamacare’s passage, conservatives have gone from arguing that Obamacare will absolutely cause health-care costs to rise to insisting that the decline in health-care costs has absolutely nothing to do with Obamacare.

I have been trying to figure out what, if anything, could dent their overweening ideological certainty. The answer seems to be, nothing at all.

I came across this dynamic recently when I responded to an anti-Obamacare column by Conn Carroll, who writes frequently, and with unrelenting negativity, about Obamacare. I didn’t bother to reply to all of Carroll’s points, and he seemed interested in my response to one of the arguments I did not address. “[I]n Massachusetts,” Carroll wrote, “all of Obamneycare’s cost containment claims have been exposed as complete frauds.” The sentence linked to a column by Phillip Klein of the conservative Washington Examiner, which notes that Massachusetts, which provided “the model for Obamacare,” has the highest health-care spending per capita of any state.

It is true that Massachusetts has very high health-care costs (and did even before Romneycare). It’s also true that Obamacare was largely modeled on Romneycare. The difference is that Romneycare, unlike Obamacare, did not include any significant cost controls. Indeed, it didn’t even pay for its coverage expansion — Romney managed to get the federal government to write the state a big check. When Romney was explaining how his wonderful plan in Massachusetts differed from the awful socialistic Obamacare, he would focus on the unpopular things Obama did to pay for expanding coverage. Here is Romney, in the first presidential debate, touting the distinctions:

What were some differences?

In other words, Romneycare didn’t have to finance its coverage expansion, and Obamacare did. On top of the straight tax hikes and spending cuts that financed the cost of the coverage expansion, Obamacare also includes a wide-ranging series of reforms designed to give doctors and hospitals an incentive to supply quality rather than quantity, nudging the system in myriad ways. Romneycare included none of these reforms. Obama took the basic coverage model in Romneycare, found different spending cuts and tax hikes to pay for it, and then added cost reforms designed to bend the curve of long-term spending.

Carroll asked me to respond to his mistaken belief that the cost reforms in Obamacare are failing in Massachusetts:

Honest question for @jonathanchait and other Ocare fans: if ACA fails to control costs, like it's failing in Mass, is it still a success?

I explained to Carroll that he is mistaken, and further noted that the preliminary evidence is very positive:

@conncarroll 1. You're repeating the false claim from your post that ACA's cost controls failed in MA. Romneycare has no cost controls.

@conncarroll 2. Yes, if health costs rise above projections, ACA will fail one of its two goals. So far they're well under projections.

@jonathanchait considering that not a single Medicaid reimbursement or insurance subsidy has been paid yet, that is quite an accomplishment

But, as I pointed out, many of the payment reforms were put into place immediately. In a longer piece I wrote a few months ago, I summarized many of the ways doctors, hospitals, and employers have already responded to the law’s incentives by pioneering new care models, squeezing out waste, and shopping for less expensive options. I summarized some analysts who believe the reforms were working:

“The ongoing slowdown in the health-care growth rate defies historical post-­recession patterns and is likely to be ­sustained,” concluded Price­water­house­Coopers in June. “It appears that the reforms will stick and health-care exchanges and other policies will bring competitive pressure to markets,” says Randall Ellis, a professor of health-care economics. “Although the proof for this point of view is not yet definitive,” reports the Health Affairs blog, “the depth and breadth of change suggest that significant transformation in the nation’s delivery system is under way.”

There is, to be sure, a lively academic debate over what degree of credit Obamacare deserves for this trend. It’s possible the slowdown is mostly or even entirely coincidental. But the evidence is certainly consistent with the premise that Obamacare’s payment reforms have prompted the changes occurring in American medicine. I have yet to see any conservatives anywhere open themselves even to the remote possibility that Obamacare’s cost controls might not fail. Given that every other advanced economy in the world has both radically higher levels of government control over health care and radically lower costs … 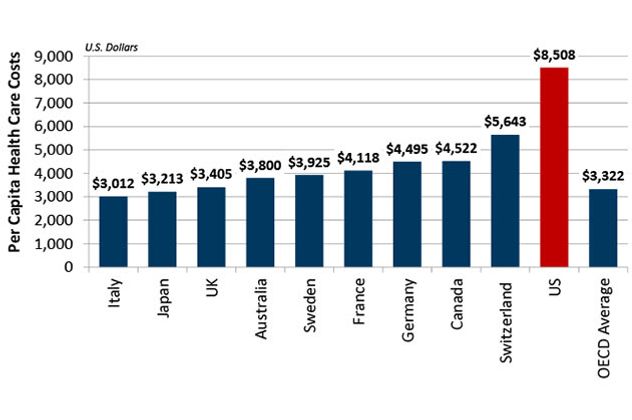 … you might think conservatives would grant the possibility that a reform that moves the United States closer to health care in the rest of the world might also lead to lower costs. But no.

My exchange with Carroll was a microcosm. Having been confronted with the reality that Obamacare’s cost controls have not failed (or been tried) in Massachusetts, and have been at work on the national level, did he alter any of his certainty that they’re bound to fail?

@jonathanchait your faith in top down, government mandate led innovation inspires me

And there you have it, in real time. When the facts undergirding Carroll’s certainty that government must fail are contradicted, he withdraws them and falls back to his underlying ideological convictions.

+Comments Leave a Comment
I Corrected a Misinformed Obamacare Critic