Tuesday’s Olympics were touted as the Shaun White show, but first we have to give some love to Matt Lauer’s perfect peepers, which subbed in for Bob Costas’s massively infected peepers today. It really is true what they say: You never appreciate your newscaster’s healthy ocular cavities until they’re gone. 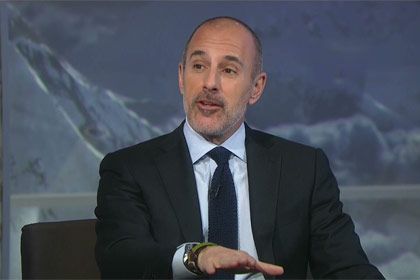 The Lord of Frost’s cousin Ded Moroz stopped by during the China–Russia women’s curling match, and clearly he approves! 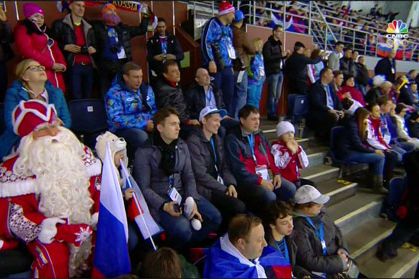 Norway got a hefty medal boost from today’s cross country skiing events, bumping them up to the lead with eleven medals, while we got some excellent GIFs of people falling down. It’s a win-win! 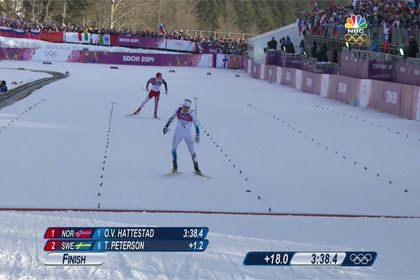 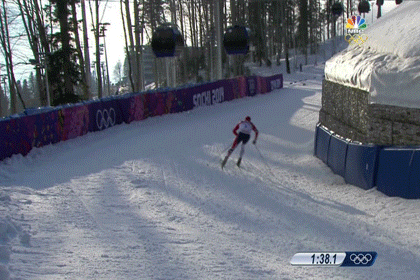 Also going down like a ton of happy bricks was Germany’s Carina Vogt, who won the first ever Olympic gold medal in women’s ski jump. 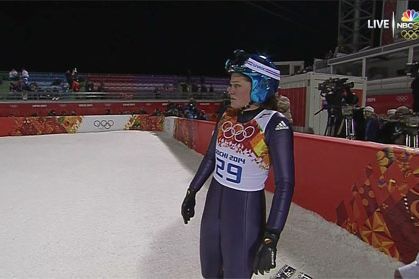 U.S. skier Devin Logan managed to get silver in women’s slopestyle skiing, despite the fact that she fell down and went into  a “penguin slide” during her third run. These events with multiple attempts are messing with our emotions! 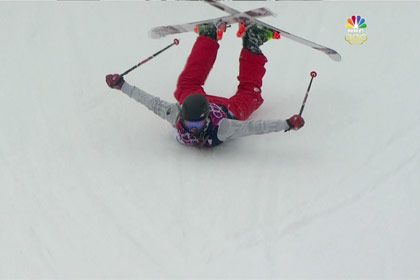 As an athlete, it’s important to sometimes remind yourself that there are more important goals in life than an Olympic gold. For example, there’s being the fastest female speed skater in history. At  37.28 seconds, South Korea’s Lee Sang-hwa set the new Olympic record for women’s 500-meter speed skating today. Oh, and she also won the gold, because clearly. 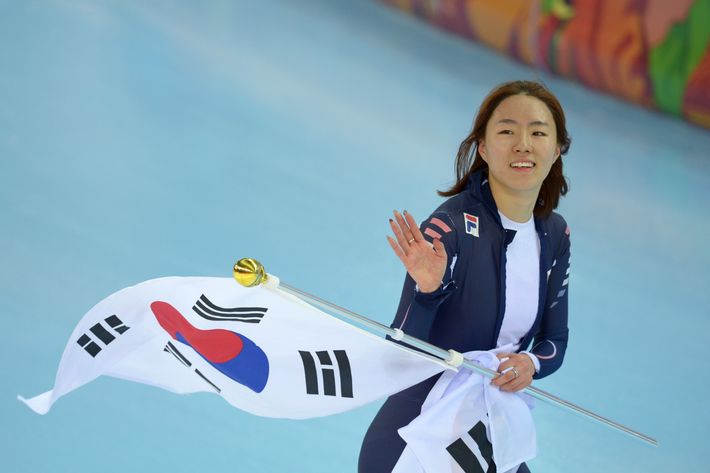 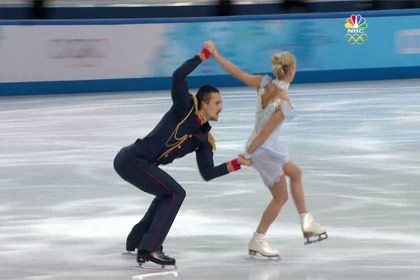 Then there was Germany’s Aliona Savchenko and Robin Szolkowy. They managed to take second despite the fact that this was an actual move in their routine. 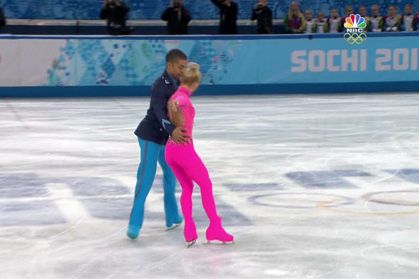 The ol’ squat and squeeze! An ice-skating classic! Speaking of travesties, NBC has decided to waste Tara Lipinski and Johnny Weir by exiling them to NBCSN daytime rather than having them take part in NBC primetime skate coverage. Who puts vintage Chanel on NBCSN? Do yourself a favor and DVR them, or at least stay up-to-date on Weir’s updos via his Instagram. 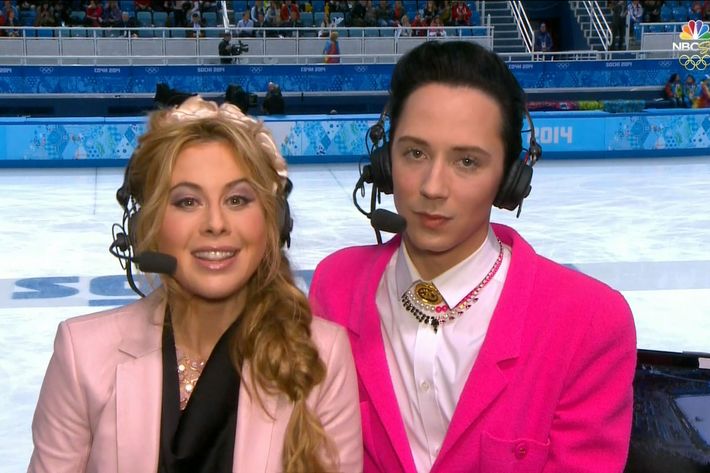 You’d probably be dismayed if you arrived at work only to find a maintenance crew frantically hosing down and salting your cubicle, and similarly the last-minute attempts at fixing the snowboarding half pipe did not bode well for the male competitors who had to use it soon after. 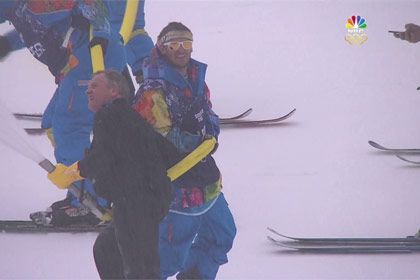 Oh boy. The U.S. has always had an athlete medal in the half-pipe event … until today, when U.S. snowboarders Danny Davis and Shaun White both stumbled during their promising runs. We know Shaun White already has a crate full of medals in his garage somewhere, but it was still sad to see him go home empty-handed, and with what we assume must be a truly hideous butt bruise. 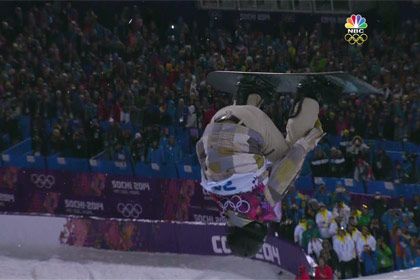 To add insult to potential spinal injury, Swiss gold-medal winner Iouri Podladtchikov successfully completed the move White was attempting: the Yolo flip. To be fair, Podladtchikov did invent it. 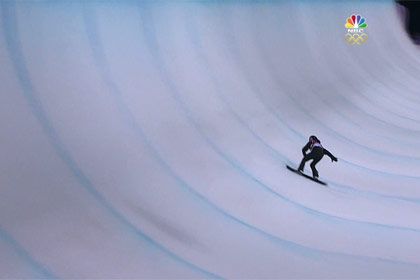 And finally, while U.S. luger Kate Hansen might have grabbed the world’s attention with those buttery smooth dance moves …

It was teammate Erin Hamlin who managed to get on the podium, snagging a bronze for women’s singles luge, America’s first singles luge medal ever. 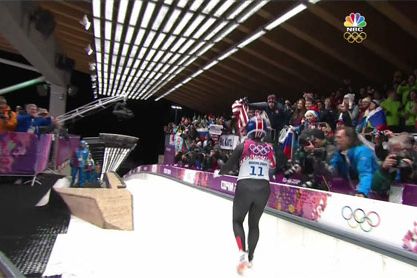 According to one of the commentator discussing Hamlin’s performance, “She’s sliding so well-ly.” Well-ly? That’s the best you guys can do?

What’s that, Kate Hansen? One more for the road? Oh, all right. Go for it. 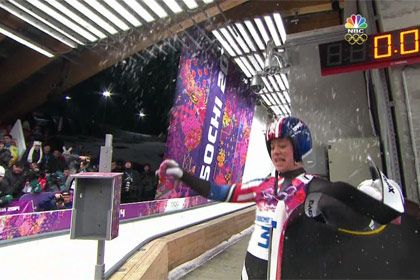