Christmas has been moved up to today for anyone who works in politics or media as the National Archives releases thousands of formerly withheld documents from the Clinton White House. Twelve years later, under the Presidential Records Act, an obscene amount of memos and emails has been dumped online into the presidential library at once, including batches about Al Qaeda and the former First Lady’s health-care task force. Sure, Bill was president, but with Hillary readying herself for 2016, the focus is on her and any skeletons or land mines potentially left over.

So far, no bombshells, but there are quite a few classically ‘90s references that make the Clinton years feel like much longer than a decade and change ago. We’ll keep updating as more sweet, Tim Allen-starring cream floats to the top.

Most amusing at the moment are the media references from the time as Hillary’s team worked to get her out there and more familiar to the American people. Many of the TV shows and personalities mentioned are long since gone, but conjure up wonderful memories of flannel and dial-up. For instance:

Home Improvement, “the most popular television show on the air.”

Live With Regis and Kathie Lee existed, and Michael Strahan was just a football player.

And Dan Rather was our premier news anchor. 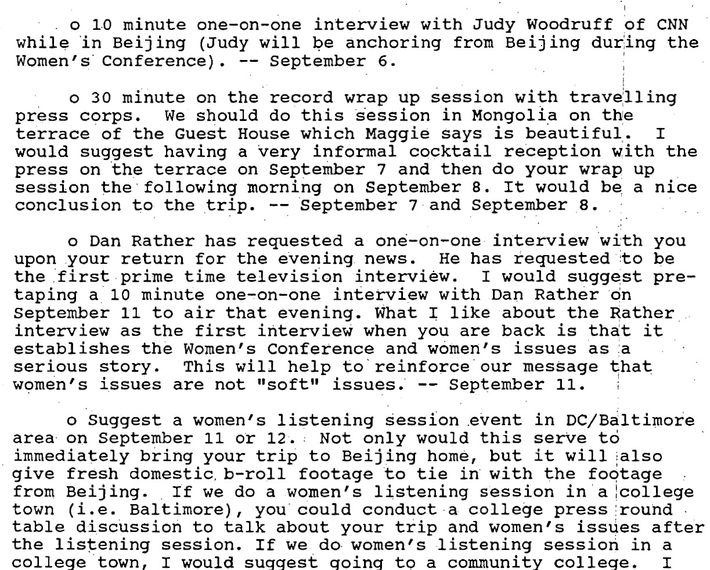 The internet, though, was still a new phenomenon in 1995, although someone on staff was smart enough to recognize that had “become a very popular mode of communication”

In deciding whether to visit China in 1995, Hillary Clinton tried to get the sense of "the AOL community"

But “regular mailings” were still necessary

In the 90s, w no email listservs, Team Hillary kept in touch with the press through "regular mailings"once a week. pic.twitter.com/eVj2cEBy6H

More generally, it’s hard to remember a time when Hillary Clinton was still new-ish to the American people. In 1999, she was still being reminded that New Yorkers didn’t really know her.

Tips for becoming her own politician: 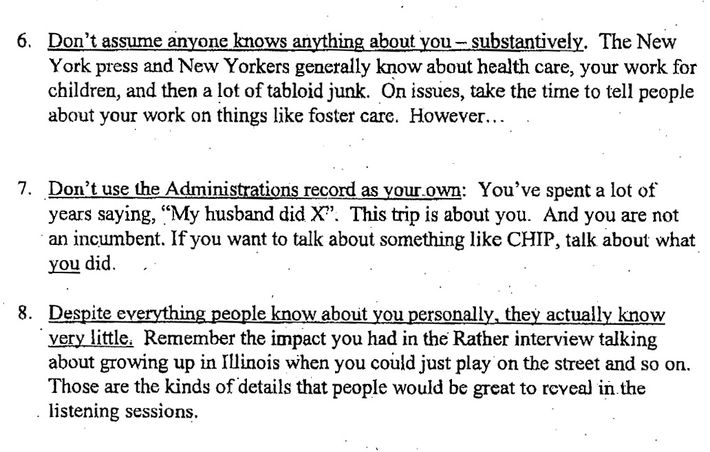 And advice for comparing herself to Mayor Giuliani:

As for Bill, he was running the country and dealing with the fallout of one of the deacde’s defining moments:

On the other hand, some things stay the same:

We’ll keep the highlights coming as we find them. The full set are available for your perusal here.

In which Rahm appears to be advising Clinton to "shove it up his ass" re: Charlton Heston pic.twitter.com/08Op3oAIN7