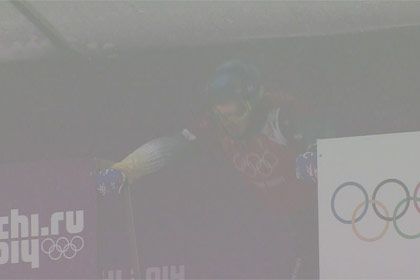 Though as we learned through repeated reminders from NBC’s commentators, multiple athletes falling down, slamming into each other, and flying cartoonishly through the air is “the essence of snowboard cross,” regardless of the weather. 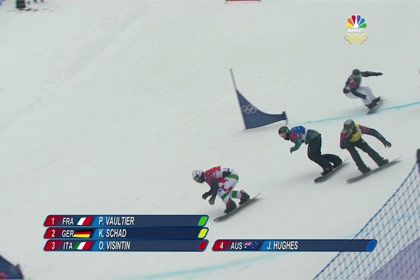 Not that we’re complaining, of course. The unpredictability of the outcome is what makes snowboard cross one of the most fun events to watch. 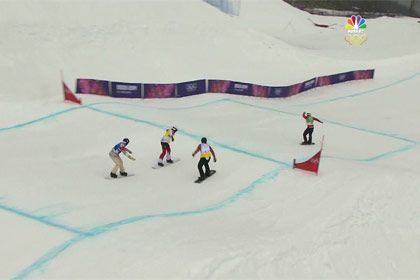 Poor Nate Holland of the United States might be a seven-time Winter X Games gold medalist, but that did not stop an Italian snowboarder from jumping him like a fleshy human hurdle. 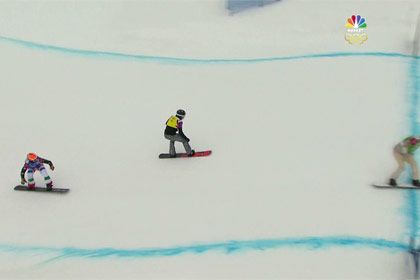 U.S. snowboarder Alex Deibold got into the finals with a crash-landing photo finish with teammate Trevor Jacob, but then managed to grab the bronze. France’s Pierre Vaultier and Russia’s show-boatin’ Nikolay Olyunin took silver. 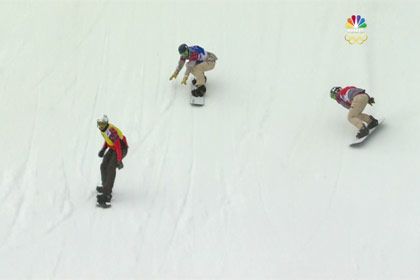 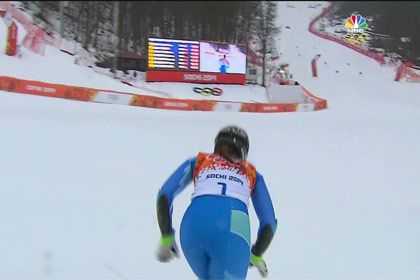 Despite the fact that the hill appeared to be made out of a combination of slush and a rock-hard snow/salt, as demonstrated by this very scientific shovel test. 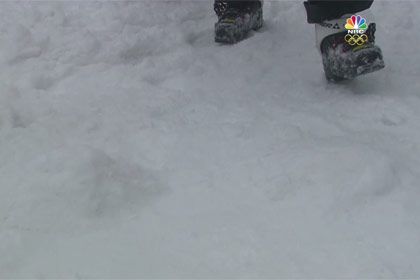 While Austria’s Anna Fenninger snagged the silver and Germany’s Viktoria Rebensburg the bronze, U.S. hopeful Mikeala Shiffrin placed fifth. Not that she seemed too peeved about it. 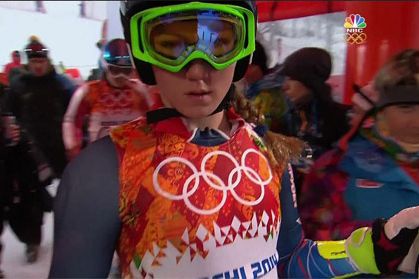 And hey, it could have been worse. Like “temporarily blinded by a gate cover” worse. Austria’s Kathrin Zettel knows what we’re talking about. 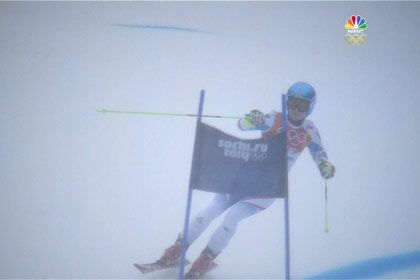 Speaking of the ladies, the two-woman bobsled started today, with American teams currently claiming first and third place. It’s incredible how many bobsledders are also Olympic track runners … and even more incredible how many have been bobsledding for about, oh, seven or eight months. In case you weren’t aware (how were you not aware?) America’s Lauryn Williams won gold in 1,000-meter relay at the 2012 Summer Olympics. If she gets a gold in bobsled, she will be the second person to ever win a summer and winter gold. And based on her times with teammate Elana Meyers, it looks like she might do it! 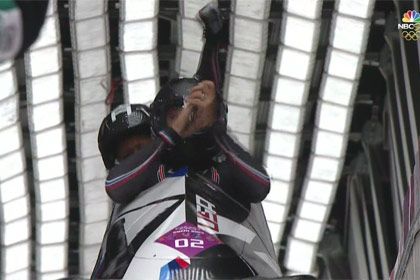 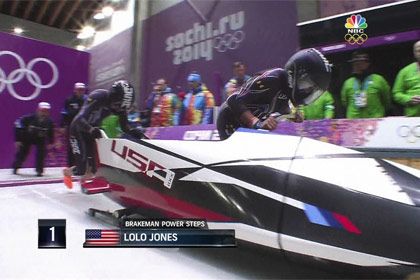 In case you needed a new sport to become obsessed with, how about the Nordic combined? It’s got a little ski jumping, a little cross-country skiing, some falling down. Oh, you’ll love it. 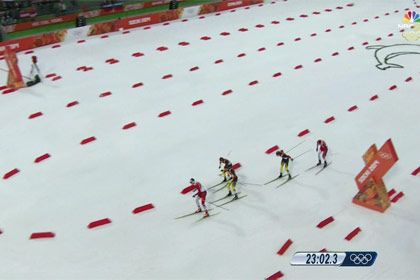 Norway’s Joergen Graabak won a dramatic gold in the large hill event with fellow countryman Magnus Hovdal Moan right behind. Don’t worry, Magnus. You got a gold when it comes to names. 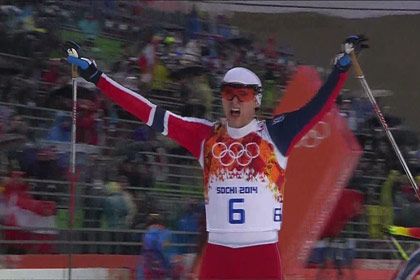 Germany’s Fabian Rießle took bronze, which is good because Germany is lagging juuuust behind in a variety of events. The country was apparently expected to medal in men’s and women’s two-person bobsled, but that is just not happening. 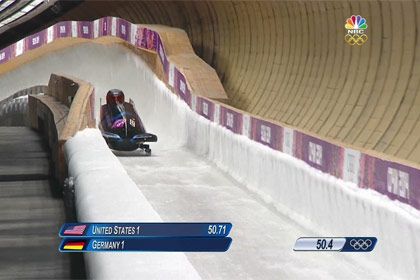 The country has fifteen medals, while the Netherlands and the United States are currently tied at twenty medals. Norway hangs in there with nineteen. Though, to look at it another way, Germany has eight gold medals, the most golds of any country. That’s more important, right? 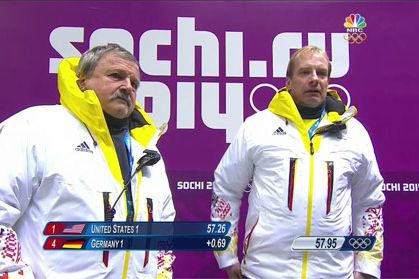 After losing against the U.S. in that shoot-out on Saturday, Russia’s men’s hockey team won against Norway today, meaning they’ll square off against Finland in the quarterfinals. 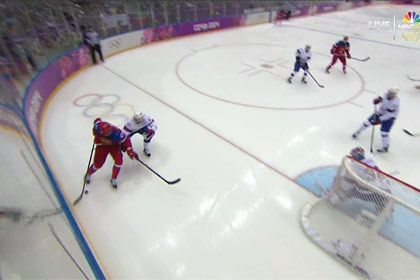 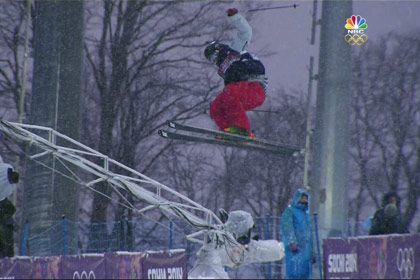 America’s David Wise ended up bringing home the gold, saving his own nasty fall for his last run. Fortunately for Wise, he did well enough (and his competitors biffed hard enough) that he was able to keep his top position based on his previous run. 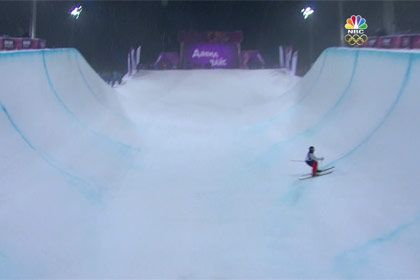 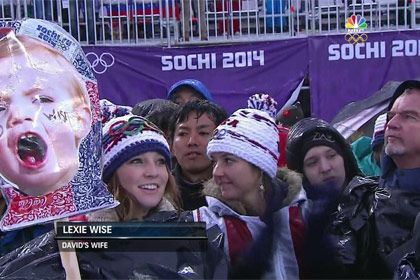 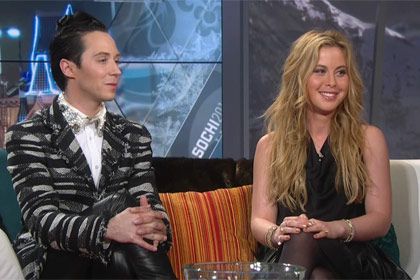 Hey, maybe NBC will finally get the message and swap out Scott Hamilton for these gems? It could happen, right?