The problem with limited TV air time and the significant time difference between the U.S. and Russia is that we might not know we missed an important Olympic moment until well after it’s happened. With that in mind, please meet figure skaters Nelli Zhiganshina and Alexander Gazsi of Germany!

Zhiganshina and Gazsi competed in the Team Ice Dance competition this weekend, but their performance didn’t air as the pair did not medal. Or for other reasons, like the fact it made everyone extremely uncomfortable.

Meanwhile, slopestyle gold medalist Sage Kotsenburg hung out with the Russian Police Choir. Like Ryan Lochte, Kotsenburg apparently has a catchphrase. He calls things alternately “spicy” or “spoicy.” Use that information as you will. 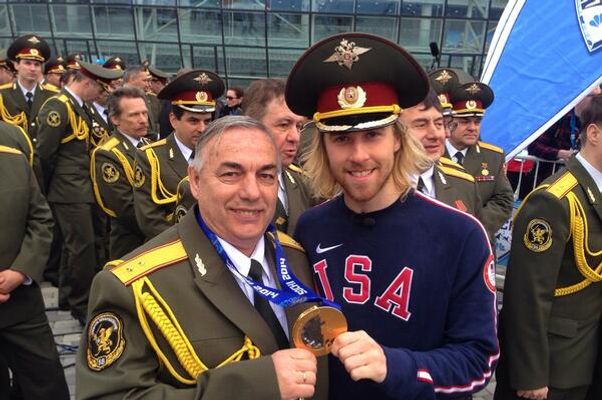 U.S. athlete Kate Hansen hyped herself up with some pre-competition Beyoncé, but has only managed to pull tenth place in the women’s singles luge so far. It’s fine. She probably just hasn’t gotten to “***Flawless” yet. 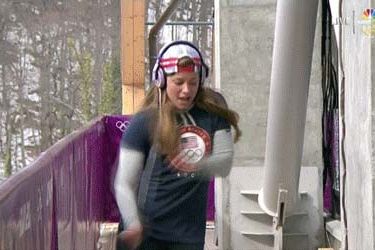 All noice-ities aside, they were really Canada’s games today. With three gold, three silver, and one bronze, “America’s hat” leads the medal standings, followed closely by Norway and the Netherlands. Speaking of the Netherlands, did you see those twins? 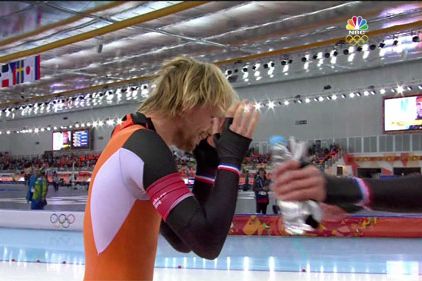 Michel Mulder and Ronald Mulder won the men’s 500-meter speed-skating gold and bronze, respectively. Unfortunately for teammate and silver medalist Jan Smeekens, the scoreboard momentarily showed a tie between him and Michel Mulder for gold, before further tabulations awarded him second place. It will probably be an awkward plane ride home. 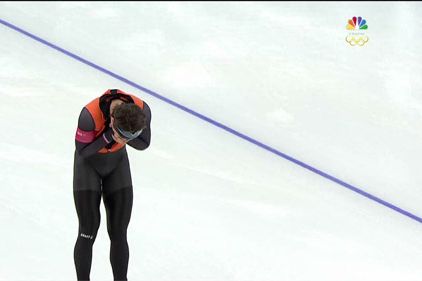 At least he wasn’t Australian speed skater Daniel Greig, who wiped out during the men’s 500-meter semifinals. Luckily for the rest of us, there are few other jobs where the world gets a slow-motion replay of your butt as you fall down. 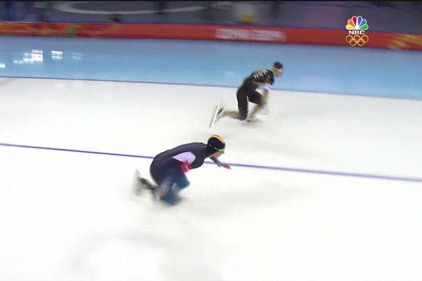 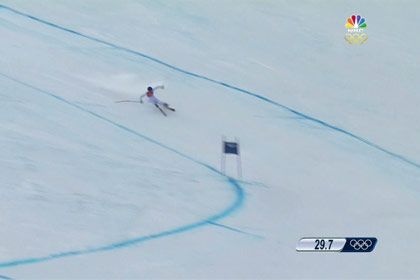 Teammate Julia Mancuso brought home a bronze in the same event. Germany’s Maria Hoefl-Riesch might have taken gold and Austria’s Nicole Hosp might have taken silver, but only Mancuso made us want to move to Hawaii and find ourselves a guru. 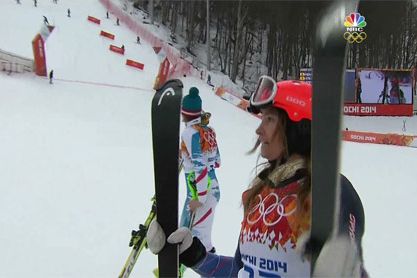 Canada’s Alex Bilodeau won a gold in the men’s moguls and celebrated with his incredibly excited brother Frederic, who has cerebral palsy. 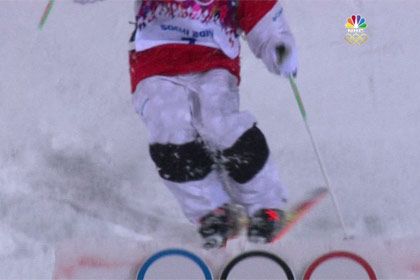 Look, we all know that the Olympics creates narratives around athletes in the hope that viewers will become emotionally invested in their success, but sometimes those narratives involve people loving their families and trying really hard and being generally great human beings and no, we’re not crying, you’re crying, we can see the tears coming out of your stupid eyes right now. 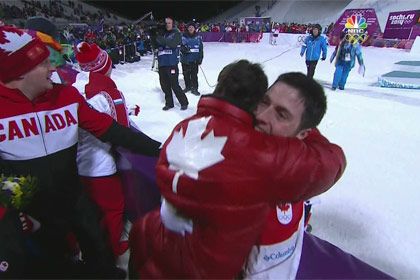 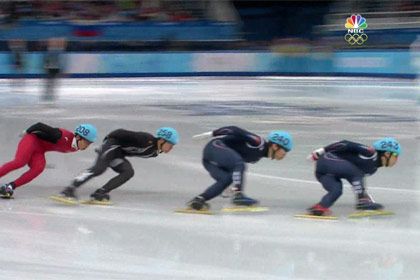 But while commentator Apolo Anton Ohno raved about Russia’s Viktor Ahn and Twitter couldn’t get over how adorable Celski is, it was Charles Hamlin who snagged the men’s 500-meter gold. Charles Hamlin from… 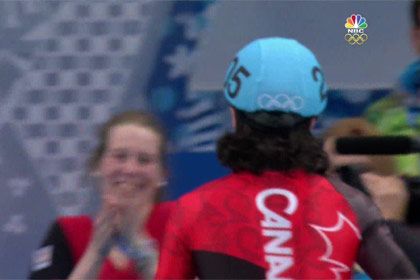 Canada. As for men’s curling, you could say we all won now that we’ve seen Norway’s team pants. More accurately you could say that China, Switzerland, Great Britain and, of course, Canada won their matches to move on. 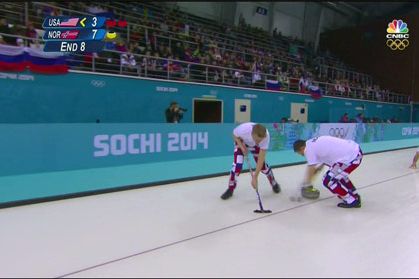 We would be remiss if we didn’t point out the clear star of Monday’s Olympics: Bob Costas’s horrible eye infection, which seems to grow more severe with each passing day. Seriously, someone needs to take Costas to see an ophthalmologist. America does not want to see Bob Costas’s eyes die on TV. The Winter Games are just not worth it. 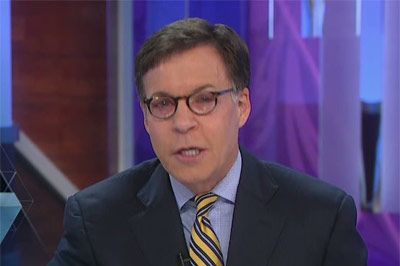 You said it, Germany.