Steve Elkington, for those not boring, old, or white enough to follow the PGA Tour, is an Australian golfer known mostly these days for being an asshole on Twitter. Racism: Check. Sexism: You bet. Insensitivity after a tragedy: Of course. Today, smug homophobia.

While the NFL may be getting used to gay prospect Michael Sam already, athletes in other more “traditional” sports still have some growing up to do, apparently.

Elkington followed up with a weak response — “I’m for Sam I’m against ESPN telling me he’s gay” — but a deeper look at his account reveals something of a fixation on the sexuality of others: 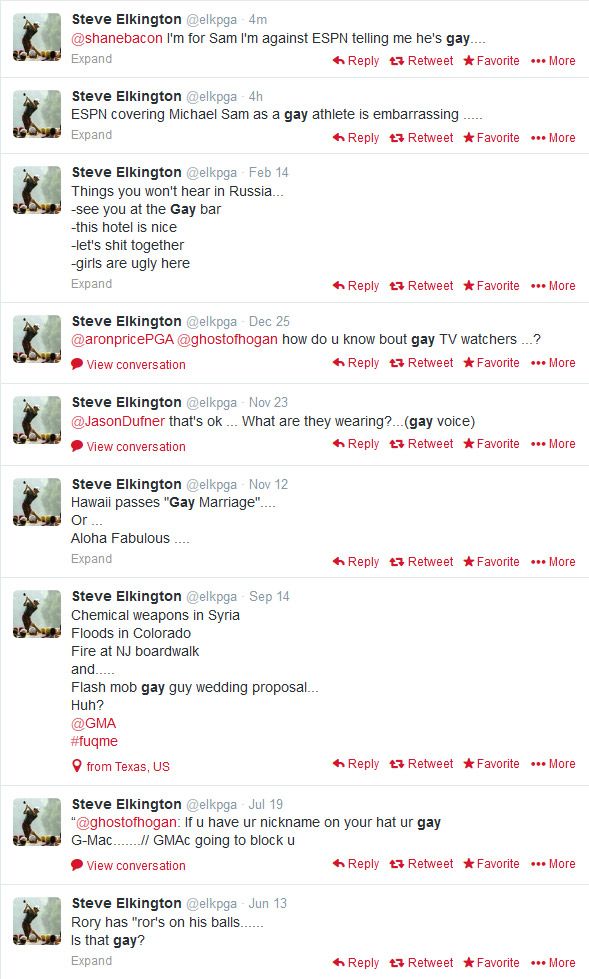 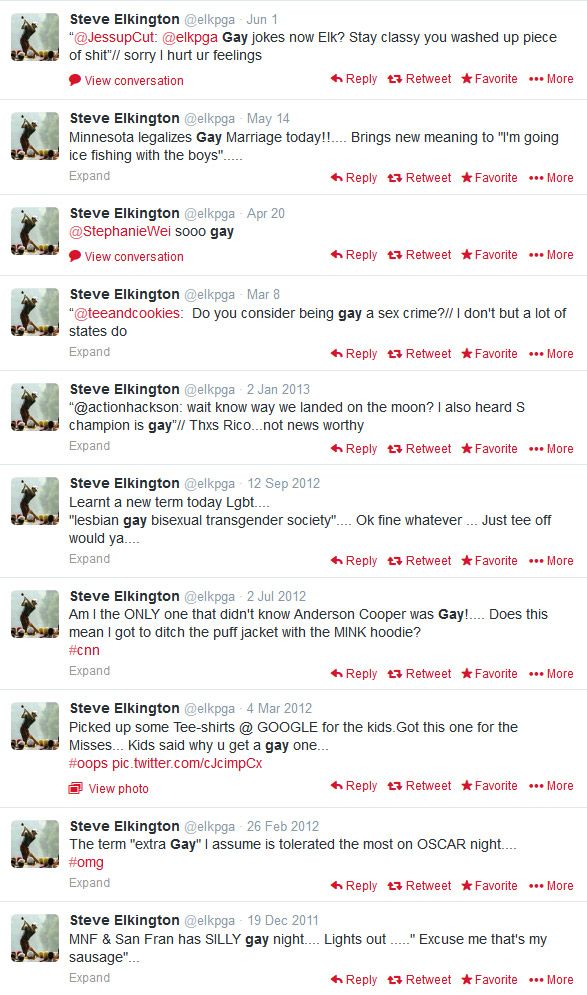 You can now go back to not caring about golf.

Update: Elkington has not yet stopped tweeting ill-considered things:

The NFL Seems to Be Coming Around on Michael Sam

THE FEED
7 mins ago
politics
politics
Biden to Pardon Federal Pot-Possession Charges, ‘Dank Brandon’ Memes Commence
By Nia Prater
Biden is urging governors to do the same in their states and ordered a review of marijuana’s classification under the Controlled Substances Act.
25 mins ago
politics
politics
Feds Reportedly Think They Have Enough to Charge Hunter Biden
By Benjamin Hart
Investigators are said to have enough evidence to charge the president’s son over unpaid taxes and allegedly lying about a gun purchase.
2:35 p.m.
early and often
early and often
Herschel Walker’s Abortion Story Has Become Incoherent
By Matt Stieb
First it was a “flat-out lie,” now it’s just an indiscretion.