The ideal viewer for Ronan Farrow Daily, the brand-new show from the highly accomplished 26-year-old son of Mia Farrow and Woody Allen (or Frank Sinatra?), is younger than its host and maybe stoned or at least hung-over on a dorm-room couch. That’s both because it’s on weekdays at 1 p.m., when most adults are busy, and by design: Today’s debut was aimed squarely at millennials in topic — weed, Lena Dunham, student debt — and form, with segments built around Twitter and holding a sign while taking a selfie. Here are the highs and lows, because we’re allowed to watch TV in the middle of the afternoon.

Time Until Farrow Made a Joke About Being Young: 20 seconds (“I grew up watching the greats of TV news: Murrow, Cronkite, Colbert.”)

Time Until Farrow Made a Joke About Being a Rookie: 31 seconds (“I’m also new to this. What’s going on here? Which camera do I look at? Who knows! But we’ll figure it out together.”) 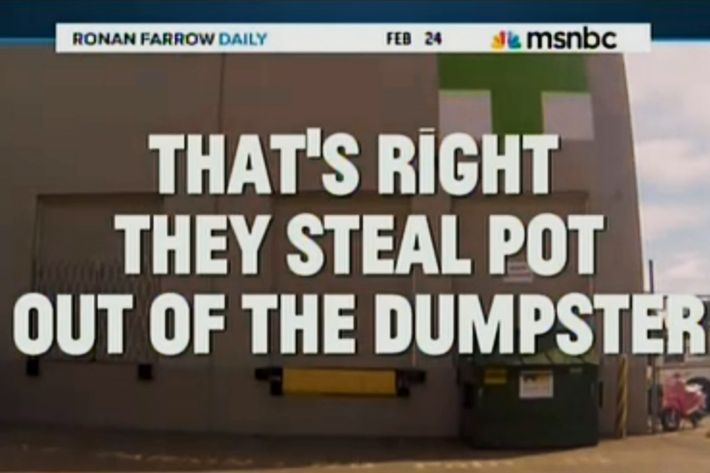 Most Polite Talking Over a Guest: 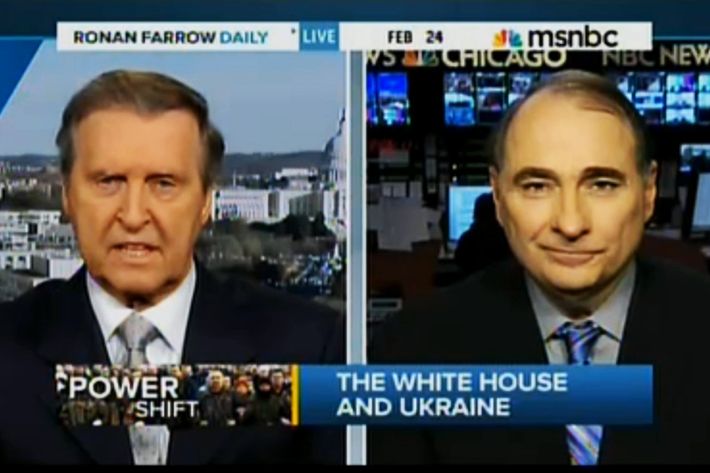 Most “I Graduated College at 15 and Yale Law at 21” Word: tranche (“The first tranche of that money from Russia has now been delayed,” said Farrow, discussing Russian aide to Ukraine.)

Most “I Was a Rhodes Scholar and Special Adviser for the State Department” Line: “I was recently on the ground in Kenya …”

Best Metaphor: “If you look at the map of where the pipelines run, it’s like arteries going through a heart,” said Farrow on Russian gas interests in Ukraine. 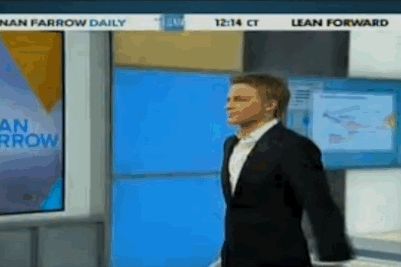 First Hashtag: #RFDObama and #RFDPutin (tied, for the “Battle of the Day” segment, which asked, “Who’s been stronger on Ukraine?”) 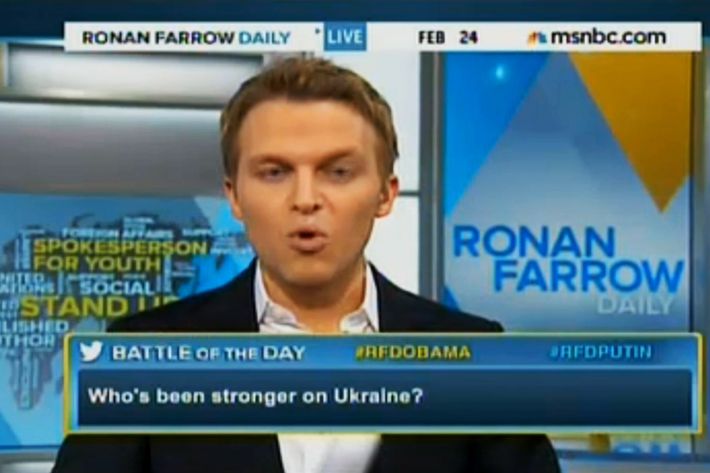 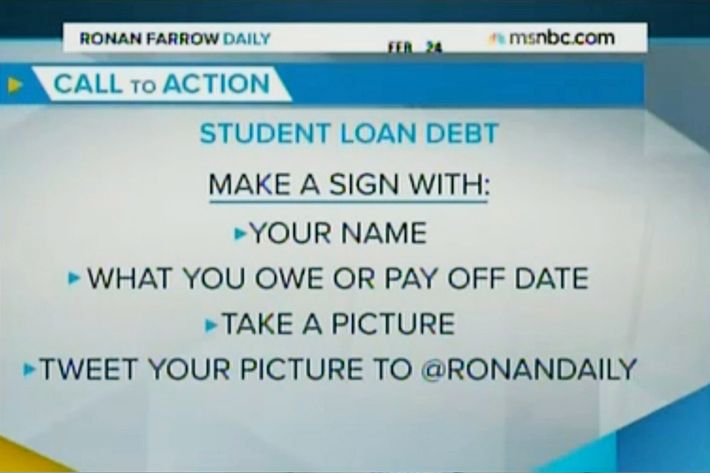 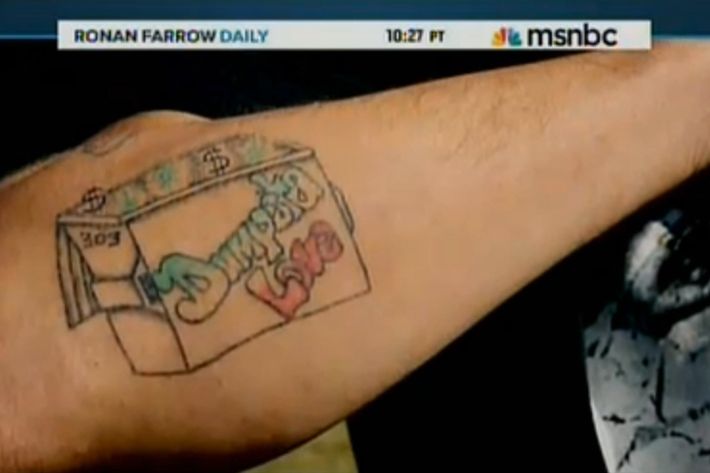 Least Timely Segment: Lena Dunham vs. Jezebel on Vogue airbrushing, centered around a tweet from mid-January. “The whole thing kinda backfired,” said Farrow, calling Dunham “the authentic gritty auteur behind HBO’s Girls, who is a frequently naked champion of all kinds of female beauty.” 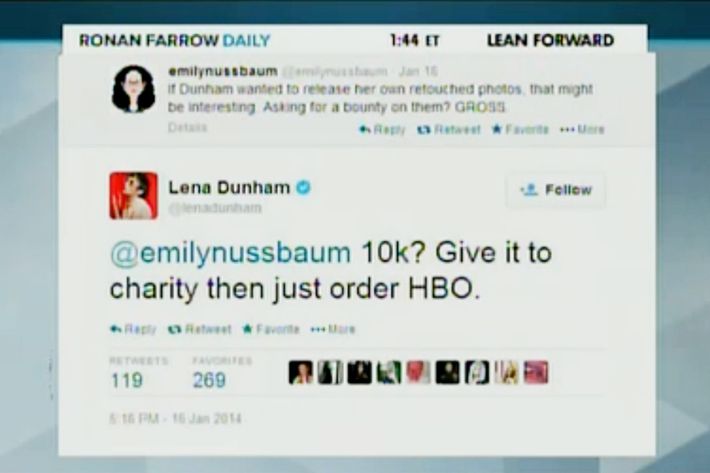 “I feel like we don’t want the YouTube clip of ‘Were you spanked Alex Wagner?’” she replied. Too late:

References to Frank Sinatra: None (bright blue eyes notwithstanding)

References to Woody Allen: None