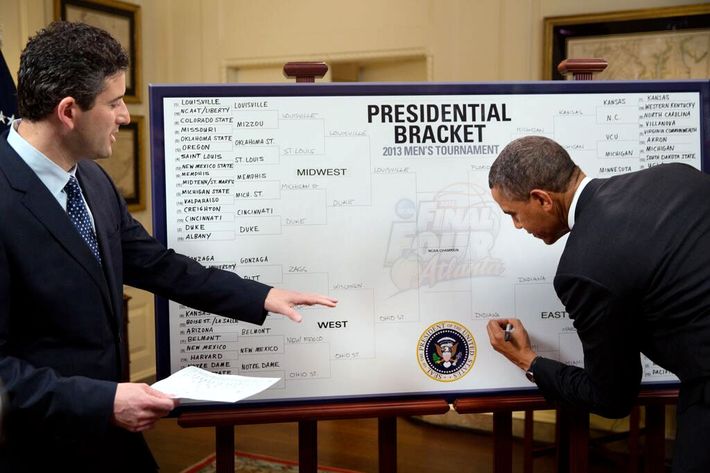 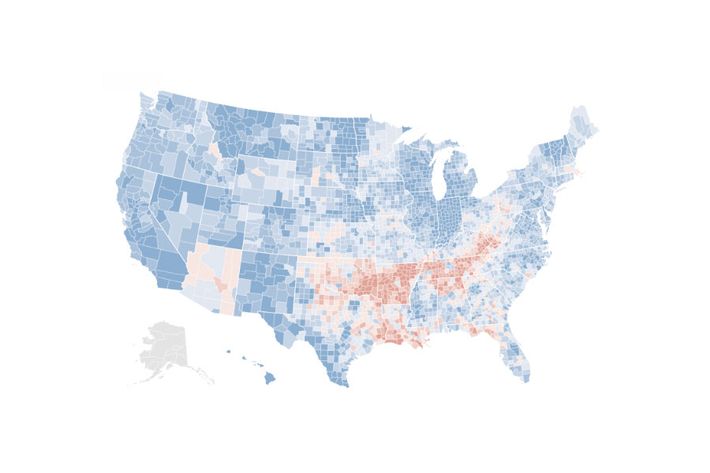 12:30 p.m.
mike pence
mike pence
For Mike Pence, Running a Doomed Presidential Race Is a Living
By Ed Kilgore
The former veep doesn’t have to be a plausible presidential candidate to stay on the gravy train.
12:25 p.m.
the city politic
the city politic
City Hall Starved Taxi Drivers Before They Went on Hunger Strike
By Errol Louis
How driving a cab became a dead end.
12:12 p.m.
explainer
explainer
What to Know About Booster Shots, Now
By Paola Rosa-Aquino and Chas Danner
Countless Americans are now eligible for a booster dose of any of the three U.S.-authorized COVID vaccines.
11:25 a.m.
public safety
public safety
The Police’s Farcical War on Vaccine Mandates
By Zak Cheney-Rice
It turns out cops may not have a special appreciation for the sanctity of life after all.
10:03 a.m.
politics
politics
Anybody Can Be Joe Manchin Right Now
By Ben Jacobs
A clutch of Democrats threaten to torpedo Biden’s agenda unless he agrees to lower taxes for middle-class blue-staters.
8:00 a.m.
build back better
build back better
The Democrats Have a Collective-Action Problem
By Eric Levitz
Can Joe Biden’s agenda survive the competing claims within his own party?
6:38 a.m.
covid-19
covid-19
Booster Shots Are Now Approved for All of the COVID Vaccines
By Nia Prater
Additional dose recommended for all with J&J and many who got Moderna, with “mix and match” allowed for all varieties.
12:07 a.m.
new york
new york
Chuck Schumer Endorses India Walton for Buffalo Mayor
By Matt Stieb
A major Establishment boost for the socialist candidate.
10/21/2021
rikers island
rikers island
New Photos Show Horrific Overcrowding at Rikers Island
By Matt Stieb
Pictures obtained by the New York Post show up to 26 men held in a cell meant for a single detainee amid deteriorating pandemic conditions.
10/21/2021
the money game
the money game
What’s the Deal With Donald Trump’s SPAC?
By Michelle Celarier
After a surprise announcement, a Trump-linked stock skyrocketed — tripling in price and drawing in waves of retail investors.
10/21/2021
the sports section
the sports section
Baseball Teams Should Get to Pick Their Playoff Opponents
By Joe DeLessio
It’s much more fair-minded than the current system — and much more fun.
10/21/2021
the economy
the economy
Behold the Insane Traffic Jam at the Port of Los Angeles
By Benjamin Hart
The supply-chain crisis, up close.
10/21/2021
politics
politics
House Holds Steve Bannon in Criminal Contempt for Refusing to Testify About 1/6
By Nia Prater
The Justice Department will decide whether to charge him over his refusal to testify in the Capitol riot investigation.
10/21/2021
facebook
facebook
The Next Facebook Will Be an Endless Prison for Humanity. I Can’t Wait.
By Choire Sicha
Building the future one headset and wallet at a time.
10/21/2021
joe manchin
joe manchin
Is Manchin Considering Quitting the Democratic Party?
By Ed Kilgore
The West Virginian wants to issue a credible threat to Democrats to increase his leverage in negotiations over Biden’s agenda.
10/21/2021
sports
sports
Boston Celtics Games Blocked in China After Kanter Calls for a ‘Free Tibet’
By Nia Prater
In a nearly three-minute video, Kanter called Xi Jinping a “brutal dictator” and called for Tibetan independence.
10/21/2021
politics
politics
Trump’s ‘Truth Social’ Bans Telling Truth About His Twitter Rival
By Benjamin Hart
It’s a place where “tweets” are called “truths,” but mockery of the former president’s social-media site is not permitted.
10/21/2021
the national interest
the national interest
Biden Has Two Long-Shot Plans to Placate Kyrsten Sinema
By Jonathan Chait
Hail Mary time.
10/21/2021
racial justice
racial justice
Smearing Popularism Does Not Help Black Voters
By Eric Levitz
Persuasively rebutting David Shor requires scrutinizing his arguments, not stigmatizing them.
10/21/2021
power
power
Katie Couric Is Not for Everyone
By Rebecca Traister
After her long career as America’s beloved morning-news anchor, she has decided to write a wild, unflinching memoir focused on the messy parts. Why?
10/21/2021
the city politic
the city politic
Will Buffalo Elect a Socialist Mayor?
By Ross Barkan
It depends on the success of the incumbent’s extremely unusual write-in campaign.
10/21/2021
crime
crime
What It Was Like to Face the Monster of Sarah Lawrence
By James D. Walsh
My encounters with Larry Ray.