Back in 2005, the most expensive rental in the Hamptons was an oceanfront Further Lane compound with a beach chalet and a six-bedroom main house that fetched $750,000 — but that was for an entire year. This summer, a few handfuls of landlords are near or at the seven-figure mark for the season, offering proper mansions — nay, estates — for the Wall Streeters, tech moguls, old-money families, and international business titans heading this way. By many accounts, a flock of them are circling the East End right now in search of the blingiest places to host a summer barbecue, with brokers reporting a brisk, if polar-vortex-delayed, start to the season.

As mind-boggling as it may seem, it actually makes more sense for them to rent than purchase.

“If one wants to keep the cash flow and enjoy the house for the summer, you can rent and it’s still a lot less than paying $45 million to buy. Once you close the door and leave, you have no obligation to maintain it,” explains Sotheby’s International Realty’s Harald Grant, who’s repping a ten-bedroom, eight-bath shingled mansion in Southampton for $900,000 from Memorial Day to Labor Day.

Flip-flop weather or not, super-high-end renters want to live in a place that maintains their lifestyle. “They’re the same people that own 150-foot yachts and own islands,” says the Corcoran Group’s Gary DePersia, who has a million-dollar, 27,000-square-foot-house available for either July or August. 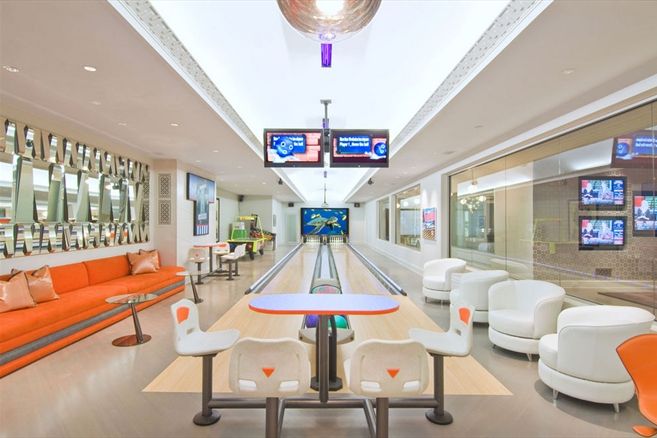 Those in the market will find at least eight listings priced around $900,000 or more for the season, according to Hamptons Real Estate Online. There are likely more, though, that aren’t officially in the databases, says Michaela Kezsler of Douglas Elliman, who has one client asking $950,000. Certain homeowners prefer to lease their houses on the down low, sometimes to others already in their rarefied circle.

At this level, expect the properties to come with grounds (no postage-stamp lots here) and their own staff (and staff quarters), plus a bevy of perks. Screening rooms are de rigueur, as are tennis courts and pools. A few houses have two pools — one indoors (for when it rains, of course.) Generally, these places face the ocean, but not always. Instead, DePersia’s listing, dubbed the Sandcastle, includes a basketball court, a bowling alley, an indoor half-pipe, and a racquetball court that converts to a squash court. Plus a provenance rumored to include Beyoncé and Jay Z, who supposedly bunked here last year for two weeks for a reported $400,000. In retrospect, a bargain. 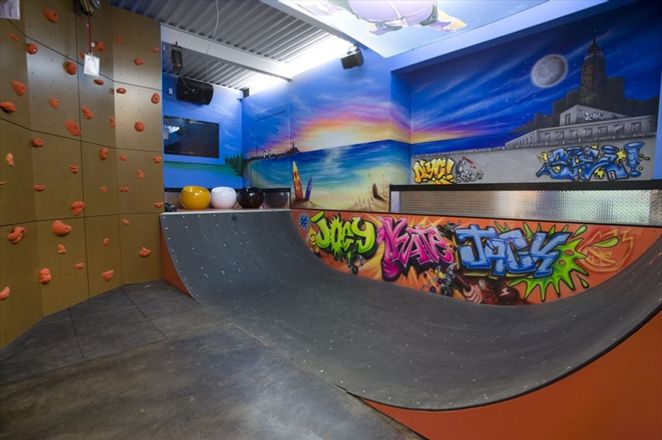 THE FEED
1/28/2022
the city politic
the city politic
Slain Cops Paid the Ultimate Price for Society’s Failures
By Errol Louis
The city must do more than praise the bravery of police it sends into harm’s way.
1/28/2022
2022 midterms
2022 midterms
Trump Nod Triggers Tennessee MAGA Carpetbagger Fight
By Ed Kilgore
The ex-president’s superfans are upset that he endorsed a former Fox contributor over their preferred candidate.
1/28/2022
economy
economy
Why Wall Street Freaked Out This Week
By Kevin T. Dugan
Nobody knows when the economy will get better.

1/28/2022
politics
politics
Wait, Are Mike Pence and Donald Trump Not on Good Terms?
By Margaret Hartmann
The former VP’s claim that he’s spoken to Trump “probably a dozen times” in the last year has been downgraded to “we talked last summer.”
1/28/2022
socialism
socialism
Beto, Stop This
By Sarah Jones
You can’t convince Texans that Governor Greg Abbott is a socialist.
1/28/2022
our climate
our climate
The Future of Reforestation Could Be in the Sky
By Max Ufberg
Drones are being used to replant forests, but not everyone’s convinced they’re the right solution.
1/28/2022
today in eric adams
today in eric adams
Eric Adams Delivers a Eulogy
By Tirhakah Love
Distressing and sad.
1/28/2022
crime
crime
Stormy Daniels Sees a Ghost
By Victoria Bekiempis
Michael Avenatti, her onetime sidekick, returns to grill her in court on the supernatural.
1/28/2022
black voters
black voters
Why Joe Biden Is Bleeding Black Support
By Eric Levitz
The president’s failure to pass voting-rights legislation is only a small part of the story.
1/28/2022
our climate
our climate
A Simple Solution for Getting Cars Off the Road Right Now
By Matt Stieb
The humble e-bike could reduce carbon emissions while improving your commute.
1/28/2022
first feline
first feline
White House Cat Arrives, Ending Only Biden Scandal I Care About
By Margaret Hartmann
Willow Biden proves there can be miracles when you believe — or when you stop believing and publicly complain about Biden breaking a dumb promise.
1/28/2022
justice
justice
What Can Stephen Breyer’s Successor Accomplish?
By Irin Carmon
The Supreme Court’s liberals can try to forge a consensus, or use their perch to call out a conservative supermajority.
1/28/2022
politics
politics
Nikki Haley’s Shameless Walk on the Trump Tightrope
By Ed Kilgore
Her startling call for Biden to “step down” was clearly an attempt to atone for crossing Trump. But she may need her dignity someday.
1/27/2022
politics
politics
The Right Has Mastered Cancel Culture
By Sarah Jones
Glenn Youngkin’s anti-CRT hotline exemplifies an illiberal trend.
1/27/2022
covid-19
covid-19
How to Get Free N95 Masks From the Government
By Chas Danner and Margaret Hartmann
Starting this week, the Biden administration will distribute 400 million free N95 masks. Here’s everything we know about the program.
1/27/2022
today in eric adams
today in eric adams
Mayor Opens Airport, Demands End of Trauma
By Tirhakah Love
Please don’t be a mess near this man.
1/27/2022
politics
politics
Can Kamala Harris Break a Tie on a Supreme Court Confirmation?
By Ed Kilgore
In 2020, Laurence Tribe claimed the vice-president has no tiebreaking powers on judicial confirmations. Republicans are looking into the theory.
1/27/2022
politics
politics
Democrats Are Playing Catch-up on Supreme Court Nominations
By Ed Kilgore
Republicans have appointed the lion’s share of justices in recent decades. Biden needs to make the most of his rare opportunity.
1/27/2022
the national interest
the national interest
Biden Didn’t Invent Affirmative Action for the Supreme Court
By Jonathan Chait
Conservatives attack the president for promising to appoint a Black woman to the Court.
1/27/2022
covid-19
covid-19
Where to Get Home COVID Tests and Why They’re So Hard to Find
By Margaret Hartmann
Here are all your current options, including where tests are in stock, insurance reimbursement, and how to get free tests from the government.
1/27/2022
media
media
Sarah Palin Paints the Town COVID
By Shawn McCreesh
She shocks the capital of blue America, unvaccinated and unashamed.
1/27/2022
our climate
our climate
The World Can’t Go Green and Nuclear Free
By Eric Levitz
Nuclear energy is the only existing non-carbon technology that can compensate for renewables’ liabilities.
1/27/2022
the national interest
the national interest
The Republican Party’s Anti-Vaxx Wing Is Too Big to Fail
By Jonathan Chait
Too late to purge the kooks.
1/27/2022
bitcoin
bitcoin
Diamond Hands in the Rough
By Kevin T. Dugan
Watching billions get wiped out doesn’t shake a new kind of trader who’s used to 24/7 crypto chaos.
1/27/2022
politics
politics
Will Sinema and Manchin Screw This Up?
By Ben Jacobs
Nothing may unite Democrats better than putting the first Black woman on the Supreme Court.