We’ve reached that point in the tournament where you now regret wasting the [insert dollar amount] in your office pool. Brackets are busted, and Warren Buffett’s billion is safe. We kicked off the day with the three-seeded Duke Blue Devils taking on the fourteen-seeded Mercer Bears. The game was in Raleigh, so practically a home game for Duke. This should be easy, right Coach K? 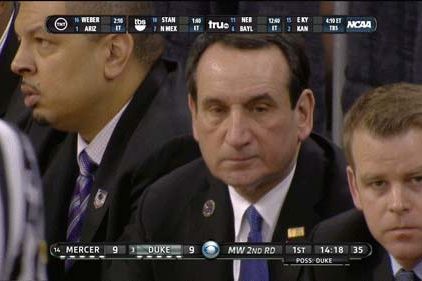 Coach K maintained his stoic gaze for most of the game, despite the fury that probably burned within. Every time it looked like Duke would start raining threes and pull away, a scrappy Mercer team fought back. In the end, Mercer did everything right, and basically sealed the win by running that inbounds play you learned on your middle-school team. 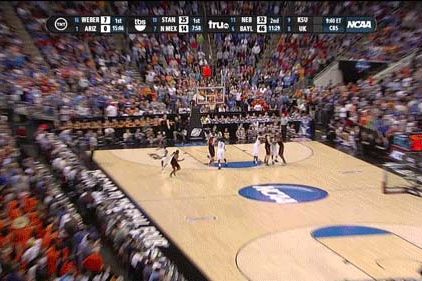 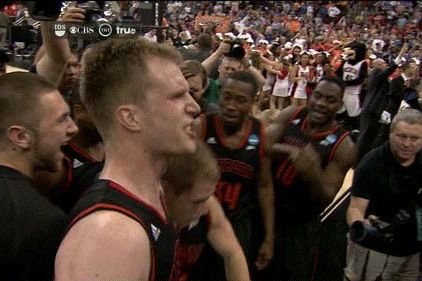 That included a Mr. Roboto photo-bomb during their coach’s postgame interview. 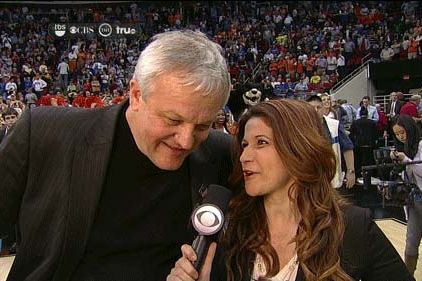 Everyone was watching Duke-Mercer, and so missed the Nebraska coach getting T’ed up twice and ejected from the game, which his team lost to Baylor. If you can’t beat them, might as well stew helplessly in the locker room. 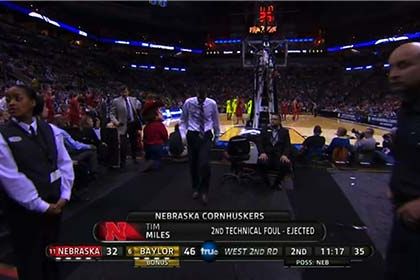 The Ragin’ Cajuns of University of Louisiana-Lafayette have the best team name, and an even better cayenne-pepper mascot. They gave the three-seeded Creighton Blue Jays as much as they could handle. But the father-son dream team of Coach Craig McDermott and Doug “McBuckets” McDermott finally got it together and Creighton prevailed. 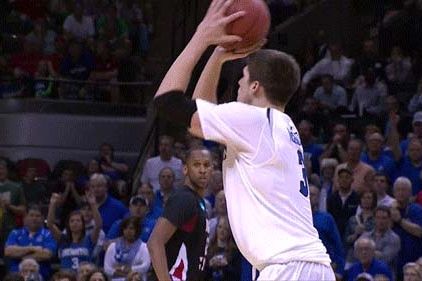 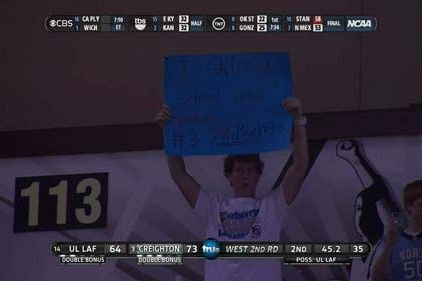 The night games proved to be little more thrilling, meaning we had a lot more teams with very, very long trips back to campus. The Providence Friars are one such squad. Tied with the UNC Tar Heels, the Friars got called for a foul with 3.5 seconds left, putting UNC on the free throw line. Providence Coach Bunk Moreland Ed Cooley valiantly tried the old “It was a travel!” move, but got nowhere. 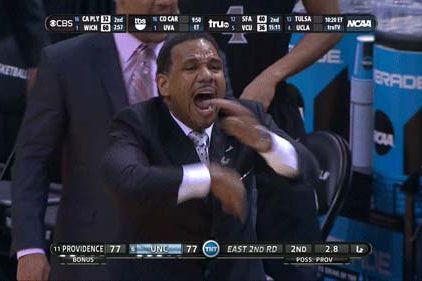 UNC held on to beat Providence, though some of their fans had more important things on their minds, like rubbing it in the faces of their conference rivals. 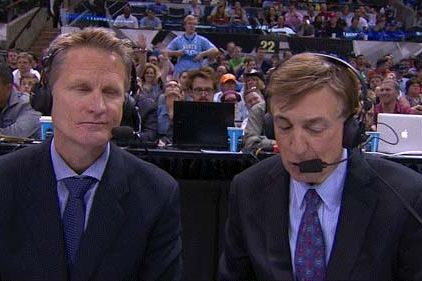 The VCU Rams probably feel a hell of a lot worse. Shaka Smart’s team was at the free throw line, already up four against the Stephen F. Austin Lumberjacks. 10.2 seconds were left on the clock. These were insurance buckets. VCU’s Jordan Burgess missed both foul shots. Then this happened. 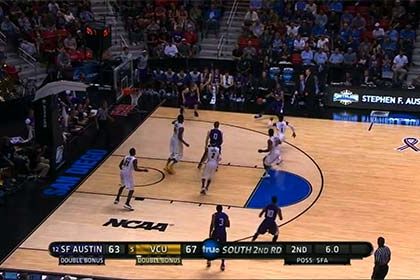 The tournament Chupacabra: The buzzer-beater-four-point play! The game went into overtime, and the Jacks became the third twelve-seed of the tourney to knock off a number five. 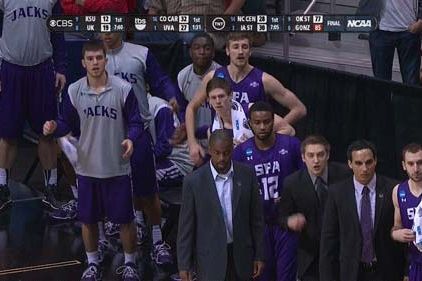 A sixteen-seed has never beaten a one-seed. But boy, Coastal Carolina sure had us believing. But UVA avoided the ultimate embarrassment and preserved the divine order of the universe by doing what number-one seeds are supposed to do. 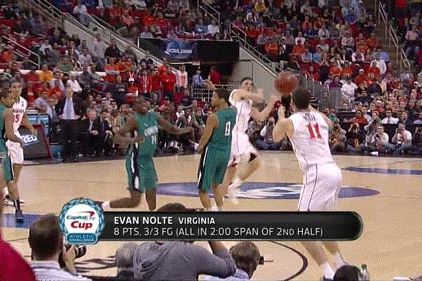 Four-seeded UCLA had a pesky opponent in the thirteen-seeded Tulsa Golden Hurricanes, but eventually the Bruins got’er done to close out the night. Stuff like this helped. 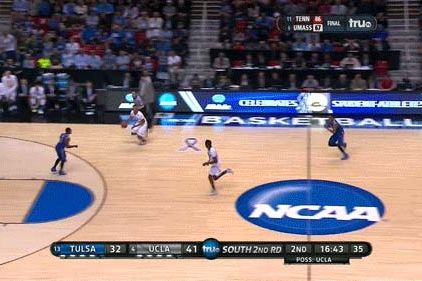