Nate Silver is famously, almost theologically, unbiased. But there’s one topic in which his favoritism shines through: his adoration for Michigan State University, the campus of which he grew up near. (I am highly biased on the same subject, and my biases run in the opposite direction of Silver’s.) Silver touts the Spartans in his NCAA tournament preview. In what may or may not be an unrelated development, President Obama, who has praised Silver’s prognostication skills, is picking Michigan State as national champion. 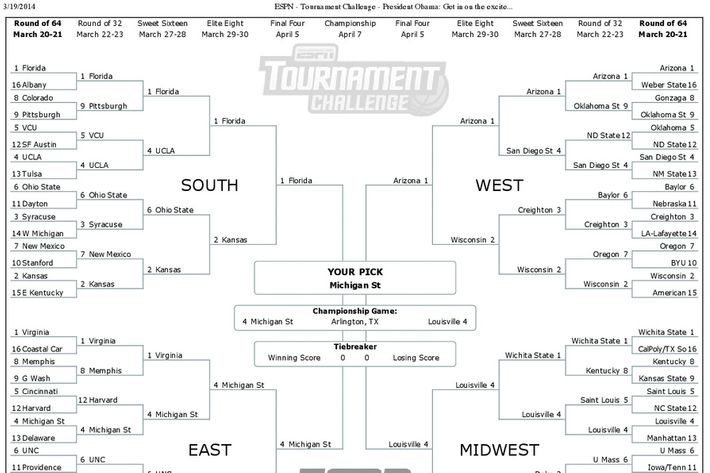 Michigan State is, of course, a popular pick. But Silver’s belief in their potential seems to go well beyond his usual analytical method. In his preview, Silver informs readers that “The model does not account for coach Tom Izzo’s extraordinary postseason record, a statistical outlier that might be another reason to pick the Spartans.” The link takes us to a previous paean Silver wrote to the genius of Tom Izzo. Citing Izzo’s tournament success, he argues, “A simple way to analyze how good Izzo has been is to add an ‘Izzo’ dummy variable to our logistic regression model.”

But why should we assume that Izzo alone possesses unique tournament-coaching skills that should be considered outside the powers of the FiveThirtyEight model? If you want to judge which coaches are likely to overachieve, your method shouldn’t be simply looking at your team’s favorite coach. You should look at all the coaches.

And if you look at the coaches’ PASE ranking, Izzo is indeed an excellent tournament coach. But he’s not the best: 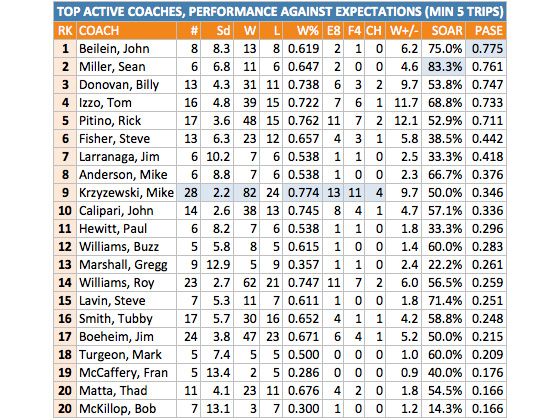 By the way, there’s another stat to measure how much a coach tends to improve, or regress, over the course of a season. The top performer is also not Tom Izzo.