The Democrats’ big economic message of 2014 was supposed to be the minimum wage. A higher minimum wage polls extremely well, commands support from liberal economists (though not conservative ones), and was supposed to give the Party its best opportunity to change the debate from Obamacare implementation to the economic populism themes that helped President Obama win reelection.

Republicans, eager to shake off their royalist image, have insisted that they share the goal of raising wages for low-income workers, but merely object to the chosen method. The much better way to go about it, they insisted, was to increase the Earned Income Tax Credit, a wage subsidy for low-income workers. So now Obama is saying, okay, let’s do that, then. The administration’s budget proposes a major new expansion of the credit.

In theory, Obama’s proposal rides into Congress on an unstoppable wave of bipartisan adulation. In the wake of Obama’s State of the Union address touting a higher minimum wage, every corner of the conservative economic world has spent the last several weeks praising the EITC to the skies. “What is most disappointing about the president’s proposal is that the federal government has the option of using the much better Plan A,” wrote former Bush administration economic adviser Greg Mankiw last month, “It is called the earned-income tax credit.” Two economists at the American Enterprise Institute dismissed the minimum wage as “wrongheaded,” instead suggesting, “expanding the earned income tax credit is a much more efficient way to fight poverty than increasing the minimum wage.” Even such a right-wing purist as Stephen Moore of the Heritage Foundation joined the pro-EITC chorus. “Raising the earned income tax credit isn’t a bad idea, because it is tied to work,” he urged,” But this should be done INSTEAD of raising the minimum wage, not in addition to it.”

The American Action Forum, another conservative think tank, issued a report assailing the minimum wage and touting the EITC. It urged, “In addition to expanding the maximum credit available, policymakers could reform the EITC to increase the average credit received by childless workers.” Obama’s plan proposes exactly that. The maximum credit available to low-income workers without children, currently a paltry $500, would double, and the credit would apply to higher incomes, benefitting 12.5 million workers in all.

So now that Obama is agreeing to do what conservatives have been begging, Congress will quickly whisk this plan to the president’s desk, right? Ha, ha – of course not.

Republicans like Gerald Ford and Ronald Reagan traditionally supported the EITC as a tool to encourage work, by supplementing low-wage jobs. But over the last couple decades, as the Party has turned rightward, Republicans have more often than not cast the EITC as a giveaway to shiftless hordes. When they gained control of Congress in 1995, Republicans proposed cutting the credit. During the Bush era, conservatives increasingly grew concerned that low taxes on the working poor made them more favorable to big government – they drew benefits from spending but paid little or nothing for it, the popular theory held, making them natural clients for the welfare state. This analysis flourished during the Obama era, when Republicans grew obsessed with the unfairness of a tax code that let the bottom half off too easy. (The EITC cancels out income tax payments for the poorest workers, thus providing the major basis for the notorious 47 percent of Americans who pay no income taxes.)

The more recent wave of Republican support for the EITC owes itself to two things. First, there is a perennial pattern in which any time Democrats propose a higher minimum wage, Republicans re-discover the virtues of the EITC as a foil. Second, there is the current political moment of Republican economic reform, in which Republicans are now crafting campaign messages for 2016 designed to avoid the plutocratic trap that snared Mitt Romney. Marco Rubio recently proposed an idea to increase wage subsidies for the working poor, and Paul Ryan released a lengthy report assessing anti-poverty programs, which generally praises the EITC as an effective tool. 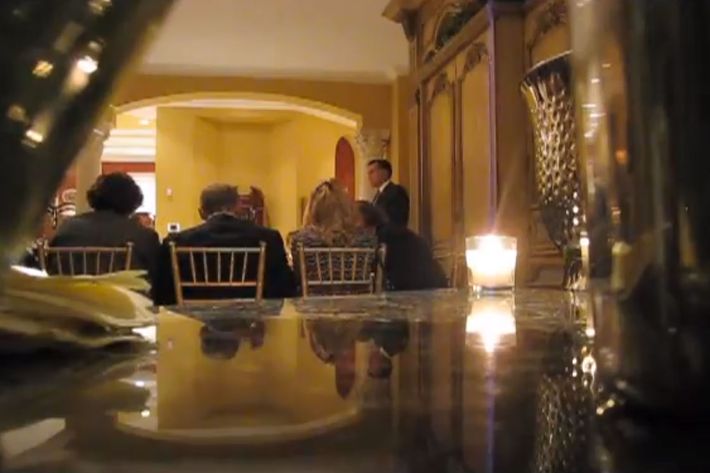 But both these factors also demonstrate why the GOP’s interest in the EITC is so fragile. The EITC plays the role here of a protective shield against populist attacks. Republicans may at some level believe their own defenses of the program, which appear at those moments when it is needed to assail the minimum wage and then predictably disappear. What’s more, actually enacting such a plan would destroy its value as a Republican campaign proposal. A proper Republican anti-poverty proposal can’t be something that Obama has endorsed, let alone something he’s already signed into law.

The ultimate trouble is that the EITC costs money. And when you get into the gritty reality, Republicans are not willing to devote resources to it. Republicans would never agree to expand the EITC by simply adding the cost to the budget deficit. (Rubio, when asked about his proposal to more generously wages for childless workers, replied that his plan would not add to the total cost of the EITC, which means it would come out of the hides of poor workers.) Obama proposes in his budget to offset the cost by closing tax deductions for the rich, but obviously Republicans would never agree to that either.

In theory, the two sides might agree to combine the mutually agreeable EITC expansion with Obama’s compromise proposal to scale back cost of living increases for Social Security recipients. But this sort of bargain presupposes a functional Congress with an incentive to engage in cooperative lawmaking. All the incentives push in the opposite direction. And so, in the end, Obama’s embrace of Republican proposals to expand the EITC will likely wind up serving the sole function of calling their bluff.

3:07 p.m.
politics
politics
De Blasio Still Looking for New Job, Mulls Run for Congress
By Nia Prater
The former mayor previously considered runs for New York governor and the 11th Congressional District.
1:56 p.m.
early and often
early and often
Trump Wants Dr. Oz to Copy Him and Declare Victory Before the Race Is Called
By Nia Prater
The race between Mehmet Oz and David McCormick has not been called and will likely head toward an automatic recount.
1:22 p.m.
qanon nation
qanon nation
The ReAwaken America Tour Is the Start of QAnon 2.0
By Laura Jedeed
The conspiracy theory that has gripped the conservative movement is evolving. But into what?
12:55 p.m.
early and often
early and often
2022 Midterms: A Guide to the Races Worth Watching
By Ed Kilgore
A cheat sheet to keep track of all the crucial races, primary upsets, and campaign drama — Trump-fueled and otherwise — from now through Election Day.
10:07 a.m.
early and often
early and often
Trump Couldn’t Give Oz a Decisive Win Over McCormick
By Ed Kilgore
Three MAGA-y candidates dominated Pennsylvania’s GOP Senate primary, but Trump’s official pick appears to be headed to an automatic recount.
9:53 a.m.
the money game
the money game
The Crypto Cult of Do Kwon: ‘If It Was a Ponzi Scheme, They Did a Good Job’
By Kevin T. Dugan
The volatile, charismatic founder created a $60 billion empire by calling people “poor.” It all came crashing down in a couple days.
5/17/2022
early and often
early and often
Cargo Shorts Enthusiast John Fetterman Wins Democratic Senate Race
By Nia Prater
He won days after suffering a stroke and may be Democrats’ best hope for flipping a Republican senate seat.
5/17/2022
the truth is in here
the truth is in here
Pentagon: UFOs Are Everywhere, Aliens Not So Much
By Benjamin Hart
At the first congressional hearing of its kind in more than 50 years, officials said that sightings of unidentified objects have skyrocketed.
5/17/2022
covid-19
covid-19
How to Order More Free Home COVID Tests From the Government
By Margaret Hartmann
U.S. residents can now order a third batch of eight free COVID-19 tests from the federal government. Here’s how to claim them.
5/17/2022
politics
politics
Biden Condemns White Supremacy As ‘Poison’ During Speech in Buffalo
By Nia Prater
The president and First Lady visited Buffalo to pay their respects in the aftermath of a racist rampage that left ten people dead.
5/17/2022
what we know
what we know
What We Know About the Racist Attack at a Buffalo Supermarket
By Chas Danner
As the city mourns the ten Black victims murdered in the attack, troubling details about the white supremacist gunman continue to emerge.
5/17/2022
early and often
early and often
Generic Ballot Shows Republicans on Track to Retake House
By Ed Kilgore
The reliable indicator shows Republicans with a modest but steady lead. If 2022 is anything like recent midterms, the House will flip for sure.
5/17/2022
the national interest
the national interest
Joe Manchin Has Done a Terrible Job Fighting Inflation
By Jonathan Chait
The pivotal senator would rather complain about prices than do anything about them.
5/17/2022
life after roe
life after roe
Ending Roe v. Wade Is a War on Women and Children
By Sarah Jones
The right offers nothing but more suffering to the people it purports to help.
5/16/2022
early and often
early and often
Join Truth Social and Get Trump Posts a Whopping 6 Hours Early
By Margaret Hartmann
Slightly early access is all Truth Social will have going for it if Donald Trump returns to Twitter.
5/16/2022
early and often
early and often
The Democratic Party Is Extremely Unpopular Right Now
By Benjamin Hart
New poll numbers do not bode well for the party’s midterms chances.
5/16/2022
politics
politics
Draft Congressional Map Upends Several New York Democrats’ Districts
By Nia Prater
The proposed map, which is far less favorable to Democrats, is set to make some long-serving House members primary opponents.
5/16/2022
ukraine invasion
ukraine invasion
You Won’t Be Able to Get a Big Mac in Moscow Ever Again
By Benjamin Hart
McDonald’s is pulling out of Russia entirely as Putin’s invasion of Ukraine drags on — ending an era that began with promise.
5/16/2022
the national interest
the national interest
Yes, Tucker Carlson Shares Blame for the Buffalo Supermarket Attack
By Jonathan Chait
The white nationalist’s conservative allies mount an unconvincing defense.
5/16/2022
early and often
early and often
Pennsylvania Senate Candidate Fetterman Recovering From Stroke
By Chas Danner
The lieutenant governor said he is feeling better and that doctors told him he will make a full recovery.
5/16/2022
the money game
the money game
How Red States Are Trying to Snuff Out Green Investing
By Jake Bittle
Numerous states are launching a messy preemptive strike against so-called ESG efforts by the financial sector to move away from fossil fuels.
5/16/2022
power
power
‘We Don’t Know How Many Women Are Out There Like That’
By Roxanna Asgarian
Anna Borkowski accused three men of rape. Why did prosecutors stop her?