Okay, maybe we were too harsh. Photo: David McNew/Getty Images

Wall Street’s massive counteroffensive against Dave Camp’s tax reform, and especially his provision to tax “too big to fail” financial institutions, is a compelling drama in its own right. It also clears up a source of widespread confusion that has hung over the Obama years: Does the tea party and other right-wing populist groups actually oppose the agenda of the financial industry, or are they mainly its allies? We now have an answer.

It is certainly true that conservative grassroots activists and Republican elites have gone at each others’ throats several times over the last half-dozen years. One of those fights, the uprising against TARP, certainly pit the grassroots against the elite. But the right-wing revolt against TARP has never translated into any important pressure against the financial industry’s agenda. Instead, since TARP’s passage, conservative activists have stood shoulder-to-shoulder with the industry on its highest priorities: opposing Dodd-Frank, and higher taxes on the one percent. 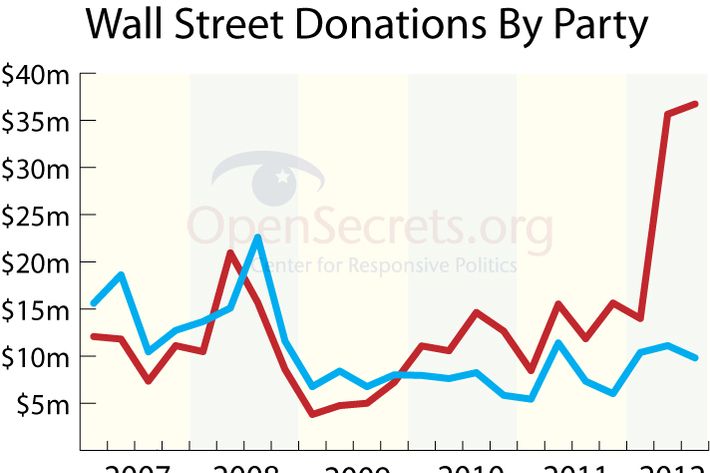 The episodes that have split the grassroots from the base have a different element in common. They are all cases where activists opposed bipartisan cooperation. On TARP, on the debt ceiling, and on the government shutdown – these are all the major episodes pitting activists against the Republican business elite – the activists demanded confrontation, which threatened to unleash economic chaos.

The driving passion of the conservative base was not distrust of Wall Street, per se. It was a suspicion that Republican leaders were somehow cooperating with the nefarious Obama administration. (This belief was deranged, of course, but no more deranged than the elites’ belief that Obama’s regulatory and tax proposals amount to a kind of pro-Hitlerism, expressed once again today by Ken Langone.) “Wall Street” became the explanation tea party activists furnished for the Republican “capitulation.” 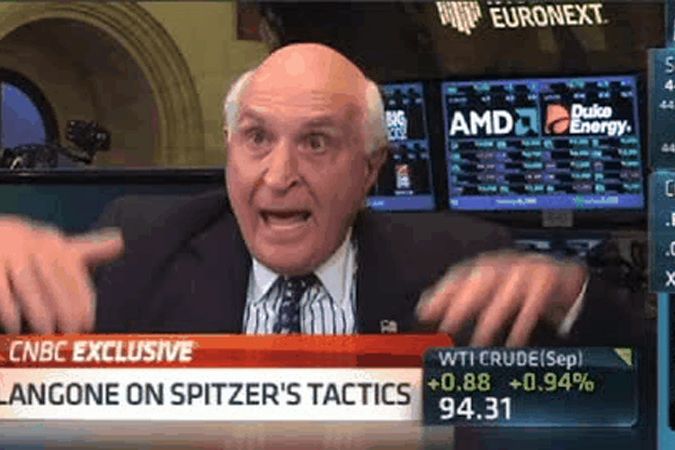 Wall Street’s current pressure campaign on Capitol Hill should dispel any doubt about the source of the tension. Financial lobbyists are sweeping through the GOP, reports the Wall Street Journal, and encountering little resistance. “This is a fairly large effort,” said one industry lobbyist. “Most of the offices we’re talking to are saying they’re opposed, and some are willing to make their views known.” Politico’s report today, which quotes the latest Godwin’s Law violation by a Republican gazillionaire, has the key passage:

The Camp draft catalyzed most of the business community around the notion that it was so bad, and it’s not just private equity and financial services — there were so many other punitive measures in there — that people just decided, the whole system’s broken here, nothing’s going to get done,” another senior Republican business leader said. “And that’s what we need to work toward. We need to work toward gridlock.

Wall Street wants to stop bipartisan agreement. And because it is pushing for partisan combat rather than bipartisan cooperation, it has provoked zero backlash from conservative activists – even though it is killing a reformist, preference-eliminating, tax-rate-lowering reform that is the most promising legislative incarnation of a populist reform to have emerged in years.

The Washington Examiner’s Timothy Carney has been fervently arguing that Obama is the true ally of the plutocrats, and the tea party their true enemy. Just the other day, when Paul Krugman dismissed tea party backlash against Wall Street – he dismissed it too much, I’d agree – Carney retorted angrily:

Paul Krugman is embarrassing when he tries to write about conservatives. Just awful. http://t.co/aV02V2910E

But now we have a real moment when Carney’s libertarian populist vision has a real chance to break through. A bold tax reform that slays preference after preference in the tax code and enrages Wall Street has emerged from the tax-writing committee, and offers the prospect for real bipartisan support, meaning passage into law. The financial industry is mounting a full-scale effort to crush it. This is your chance, Tim Carney! The tanks are rolling into the square.

Instead, Carney wrote one positive column about it, concluding, “Republican leaders aren’t yet rallying behind Camp’s proposals — which must come as a relief for the special interests.” (“Yet” is some hilariously misguided optimism.) Then another column picking away at one of Camp’s proposals. Then nothing.

Now, I’m not Carney’s assignment editor. Maybe he has important projects in the works. The point is not just that Carney isn’t covering the slaughter on Capitol Hill. It’s that if Carney isn’t going to raise any objections, nobody is. I’ve been unable to detect any pushback on the right whatsoever. Wall Street is systematically eliminating all opposition within the party, and the right is greeting it with radio silence.