For several years, the computerized spectacles known as Google Glass have been available only to an exclusive, handpicked group through Google’s invitation-only “Explorer” program. Now, the barrier to entry is dropping: For just one day, Google is opening up the Explorer program to all. Now, you too can buy your very own pair of $1,500 nerd goggles.

But first, a word of warning: As gadget rollouts go, Google Glass’s public debut has fallen on the disaster index somewhere between New Coke and the Hindenburg. Only 30,000 people in the world own Glass, but it’s already become the most polarizing gadget in modern history. Here are seven reasons you might want to think twice before ponying up $1,500 to join the Glass brigade:

1. It’s a symbol of class division. Business Insider reporter Kyle Russell wrote last week about how his Google Glass were stolen off his face, and smashed into pieces on the ground, by a mugger in San Francisco’s Mission District. Russell was somewhat understanding about the incident — writing that “anything associated with Google has come to represent gentrification in the city,” and acknowledging that he should have taken off his Glass before walking down the streets of the Mission — but it still couldn’t have been fun.

2. Traffic laws aren’t established yet. Glass Explorer Cecilia Abadie was pulled over last year by the California Highway Patrol for wearing her Glass while driving. The ticket was subsequently thrown out in court, because it couldn’t be proven that Abadie’s Glass was in use while she was behind the wheel. But laws about using Glass in the driver’s seat vary by jurisdiction, and at least eight states are considering new regulations. Even if DWG is legal in your state, you probably should avoid it and save yourself the potential hassle. 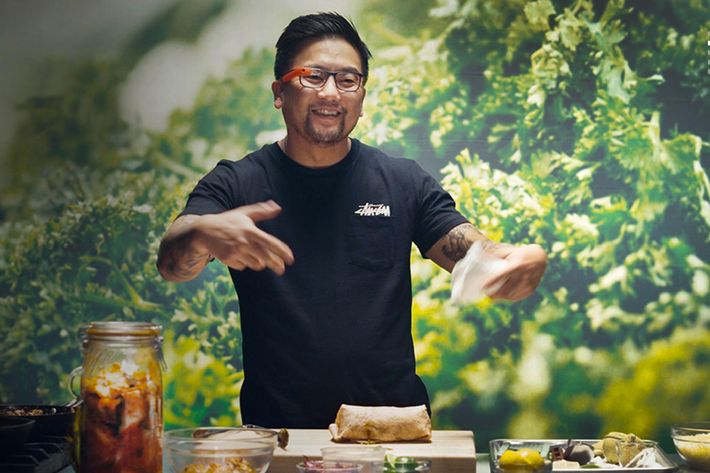 3. Your favorite bar, pet store, or strip club might ban you. Among the establishments that have banned Google Glass on the grounds that they wish to maintain their customers’ privacy (and because the owners think Glass is creepy) are San Francisco’s Acquerello and the Animal House, Seattle’s 5 Point Cafe, and Las Vegas’s Sapphire Gentlemen’s Club. If you regularly patronize any of these places of business, you’ll have to go elsewhere to enjoy your Glass-augmented surroundings.

4. The Feds might think you’re a movie pirate. Unlike bars or restaurants, whose reasons for banning Google Glass are more aesthetic than legal, movie theaters have ostensible business reasons to kick your ass out for wearing Glass. (You could be recording the screen and making bootleg copies, after all.) Federal authorities questioned an Ohio man who wore his Glass to a showing of Jack Ryan: Shadow Recruit, and released him only once they’d been unable to prove his device was turned off during the movie.

5. The apps are mediocre. One of the selling points of Google Glass, when it was first released to beta testers, was that developers would soon be building all kinds of amazing apps for Glass. So far, though, the offerings have been less than impressive. This comprehensive list of Glass apps includes apps that allow you to check on Bitcoin’s price, see a scrolling ticket of WhatsApp messages, and play blackjack. Glass’s built-in apps — Google Maps, Google Now, and support for calls and text messages when paired with an Android phone — are more appealing, but the promised wave of third-party awesomeness hasn’t exactly materialized yet. (And no, the sex app doesn’t count as a milestone.)

6. You’ll become a walking spectacle. When I attended a meetup of Glass Explorers at this year’s SXSW Interactive, one of the main things I learned was that wearing Glass is tantamount to being a human in-store demo. The Explorers talked about how, during the course of an average day, dozens of people approach them, wanting to ask questions about Glass, try on their pair, and otherwise make a big deal of their special status. That’s fine if you’re an extrovert, but, for most people, it would become annoying after about the 50th day of nonstop interactions with puzzled strangers, asking to borrow the computer on your face for an Instagram selfie. 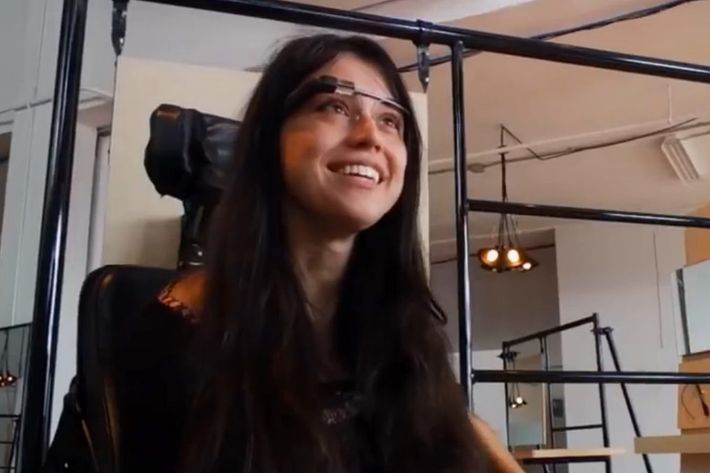 7. You’ll have to navigate a social minefield. It’s not just adoring strangers who will stop you while wearing a pair of Glass. As the tech industry backlash has grown, wearing a $1,500 face computer has become a version of taking sides. Given the privacy concerns Americans have about Glass, awkward interactions are commonplace among early Glass adopters. Google has published a manual of Glass etiquette — which should tell you something, both about the technology itself and the psychological profile of the average Explorer — but you’ll still have to answer questions like “Do I take off my Glass when headed into a public bathroom?” Every day becomes exponentially more complicated when you’re a Glasshole, with thousands of micro-decisions about how to avoid pissing people off with your ostentatious headgear.

In short, it’s going to take a few more iterations (and a better design) for Google Glass to become the kind of device that normal people can wear without feeling like silly cyborgs. Wearable computing in general is still suffering from a lack of aesthetic sensibility, and Glass represents the ultimate in function over form. And for now, the main benefits to be had from it are functional — for surgeons who want to access medical records while in the OR, for example — and it’s true that Glass is opening the door for others kinds of wearable computing experiments.

But there is one other benefit to getting Google Glass now: By wearing it, you’ll likely be increasing the average social aptitude of the Glass user by a smidgen. And if enough people adopt it, it won’t look so weird anymore. Like Macklemore haircuts or Pharrell hats, there’s strength in numbers.

THE FEED
18 mins ago
court appearances
court appearances
Elon’s Bad Week: Embarrassing Text Messages and Reports of Settlement Talks
By Kevin T. Dugan
After the worst stretch yet in his quest to not buy Twitter, the end may be near.
19 mins ago
what we know
what we know
Hurricane Ian Makes Another Landfall in South Carolina
By Intelligencer Staff
Georgia and the Carolinas are under states of emergency, while Florida struggles to recover.
2:36 p.m.
tremendous content
tremendous content
Bonkers Revelations From Maggie Haberman’s Trump Book, Ranked
By Margaret Hartmann
If you want more information on Trump being weird with toilets and belittling Jared Kushner, Confidence Man has you covered.

1:05 p.m.
politics
politics
New Yorkers Could Get Paid to Report Illegal Parking
By Nia Prater
A proposed bill in City Council would allow people to report instances of illegal parking and receive a cut of the fine.
10:00 a.m.
2022 midterms
2022 midterms
The Election Deniers Running to Control the 2024 Race
By Ed Kilgore
Secretary of state candidates who don’t accept Biden’s win are looking to take over the election machinery in several key battlegrounds this November.
9:00 a.m.
early and often
early and often
Left-Wing Challengers Have a Hard Road Ahead
By Ross Barkan
After shock victories in 2018 and 2020, progressive challengers are having a harder time pulling off AOC-like upsets.
8:00 a.m.
just asking questions
just asking questions
Will the Metaverse Really Transform Our Lives?
By Benjamin Hart
Venture capitalist Matthew Ball on the virtual worlds that may define the future.
9/29/2022
life after roe
life after roe
Do Republicans Really Want to Punish Women for Having Abortions?
By Ed Kilgore
The anti-abortion movement claims to value women while seeking to deny them reproductive rights. It’s a bit hard to believe.
9/29/2022
student loans
student loans
The War on Student-Debt Forgiveness Begins
By Sarah Jones
Republican-led states sue over Biden’s plan to free millions of people.
9/29/2022
early and often
early and often
MAGA Candidate in Ohio Keeps Lying About Military Record
By Matt Stieb
J.R. Majewski says he was a combat veteran who left the Air Force because of a brawl, but records show a much less noble career.
9/29/2022
russia
russia
The Mysterious Attack on Two Major Gas Pipelines for Europe
By Kevin T. Dugan
What do we know about the apparent sabotage of Russia’s Nord Stream 1 and Nord Stream 2 deep under the Baltic Sea?
9/29/2022
sports
sports
Aaron Judge Could be the Crossover Star Baseball Desperately Needs
By Ross Barkan
There’s nothing like a home-run chase to get normal people interested in the sport again.
9/29/2022
the national interest
the national interest
Republican House Majority Will Try to Melt Down Global Economy
By Jonathan Chait
Democrats need to sabotageproof the government while they still can.
9/29/2022
court appearances
court appearances
Elon Musk Deleted Messages and 3 Other Takeaways From the Latest Court Hearing
By Kevin T. Dugan
“They point to something that’s been destroyed,” said the judge of the missing text messages.
9/29/2022
at home in asian america
at home in asian america
Confessions of an Asian Diversity Hire
By Anonymous
“It’s not like they put a sign on your desk that reads ‘Diversity Hire.’ You just know.”
9/28/2022
the gaffe machine
the gaffe machine
Joe Biden Asks About Whereabouts of Congresswoman Who Died
By Matt Stieb
The president was looking for Representative Jackie Walorski during a White House speech — the congresswoman was killed in a car crash two months ago.
9/28/2022
2022 midterms
2022 midterms
Pennsylvania’s Doug Mastriano May Be 2022’s Worst Candidate
By Ed Kilgore
The Republican extremist and incompetent campaigner can become governor only if things get weird in November.
9/28/2022
announcements
announcements
Introducing Reread: Real Estate Mania, a New Newsletter Miniseries
By The Editors
Classic stories of the next hot neighborhood, the renovation that seemingly never ends, and the living situation that’s really too good to be true.
9/28/2022
2022 midterms
2022 midterms
Get Used to Close Elections With Huge Consequences
By Ed Kilgore
We may have entered a new era of political gridlock in which swing voters are scarce and evenly matched parties clash again and again.
9/28/2022
games
games
Brett Favre Was Always Pretty Awful
By Will Leitch
Thanks to his legion of defenders, the ex-QB thought he could get away with anything. An egregious scandal in Mississippi shows there are limits.
9/28/2022
tremendous content
tremendous content
The Fetterman Campaign Should Just Hire Dr. Oz
By Margaret Hartmann
Oz created a new slogan for his opponent, saying his hoodies show that “he’s kicking authority in the balls.”
9/28/2022
crime
crime
Inside the Ransomware Gangs That Extort Hospitals
By Renee Dudley and Daniel Golden
They shut down patient care and put lives at risk. Would the pandemic finally slow them down?
9/27/2022
early and often
early and often
Will Any Republicans Jump Into Trump’s 2024 Snake Pit?
By Ed Kilgore
A lot of Republicans might be tempted to take on a weakened Trump in the primaries, but they’ll remember how he treated his 2016 rivals.
9/27/2022
the city politic
the city politic
The Growing Cover-up of Rikers Island Deaths
By Matt Stieb
The head of the city’s jails told aides to keep a dying man off his “department’s count,” according to the New York Times.
9/27/2022
just asking questions
just asking questions
Is the Fed’s Cure for Inflation Worse Than the Disease?
By Benjamin Hart
Economic analyst Ryan Sweet on the tricky balance Jerome Powell is trying to strike and how Europe’s woes could spread to America.