This piece was originally published on April 4, 2014. It has been updated and republished following George H.W. Bush’s passing.

Historical nostalgia glows eternal, inexorably warming the reputations of past presidents — good, bad, and horrible alike. For our most recent presidents, the Trump administration has accelerated this process. Now, following George H.W. Bush’s death at 94 on Friday, fond remembrances are pouring in. In this case, the nostalgia is well deserved.

George Bush was not a great president, but he was a pretty good one. He shrewdly managed the end of the Cold War and liberated Kuwait. He signed the Americans With Disabilities Act and a major fiscal consolidation. The more interesting question is why so few Americans appreciated Bush in his time.

For liberals, the answer is clear. They never forgave his brutal, low campaign for president in 1988. That campaign came when post-1960s cultural- and racial-backlash politics were in full bloom. Bush and his allies elevated the crimes of one black rapist wildly out of proportion to their relationship to sentencing policy, tapping into primal racial fears. He associated his opponent, Michael Dukakis, the ultimate earnest do-gooder, with what he sneeringly called “Harvard Yard’s boutique,” and smeared his patriotism by elevating the pseudo-issue of mandatory Pledge of Allegiance recitation. The whole 1988 campaign was an extended exercise in dunking the nerd’s head in the boys’ room toilet.

Bush was known to subscribe to an old belief, frequently attributed to his old-line Wasp sense of entitlement/noblesse oblige, that campaigning was an inherently dirty business with no necessary connection to how one governed once safely ensconced in office. The trouble for Bush is that his campaign collided with his governing in a way he was never able to fully reconcile.

The most important domestic policy fight of the Bush era was the budget deal of 1990. In the face of a deficit crisis — a real one, with rising interest rates, not the pretend one that haunted the imagination of Obama-era fiscal scolds — Bush needed to negotiate a fiscal correction with the Democratic-controlled Congress. Bush had sworn “no new taxes” during his campaign, but new taxes were necessary to fulfill Democrats’ fairness criteria. So he struck a deal that raised the top income-tax rate from 28 percent to 31 percent in return for significant cuts to spending. It worked — in combination with Bill Clinton’s subsequent deficit plan in 1993, Bush corrected the massive structural deficits introduced by Reagan. 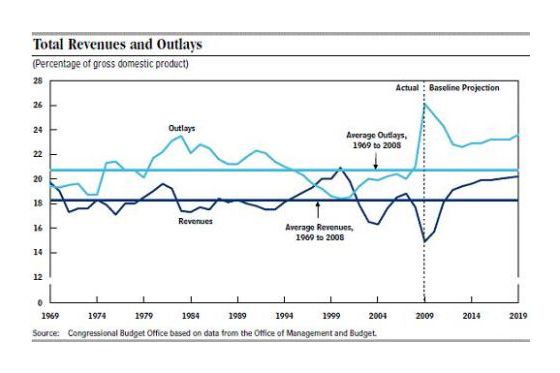 Obviously, conservatives never forgave Bush for this. The unfortunate onset of a recession the next year tanked his approval ratings, further encouraging the right to disown his legacy completely. Conservatives settled on the understanding that Bush’s popularity declined not because of the recession, but because he had forsaken the One True Path of Reaganism. The next Republican nominees, Bob Dole in 1996, and George W. Bush in 2000, had to re-commit themselves to full-scale supply-side economics. And when they had a chance to put that platform into action, they fully undid the hard work of fiscal correction that Bush and Clinton had accomplished.

But the ideological orphaning of George Herbert Walker Bush actually underscores his political courage. At the time, it was easy to take somewhat for granted Bush’s willingness to betray supply-side theology for the sake of the national interest. In retrospect, we can see just how powerful the forces arrayed against Bush were. That he was able to momentarily arrest his party’s long slide into economic lunacy represents an important, if temporary, achievement.

Ironically, the cause of Bush’s political isolationism may ultimately redound to his reputational benefit. George W. Bush, his ne’er-do-well son who attained the presidency through a bizarre series of unlikely and unforgiveable events, campaigned and governed as an explicit repudiation of his father’s cautious, responsible, bipartisan style. The two President George Bushes will always be linked and compared. The father initially suffered from the comparison to his hapless spawn. But over the years, the first Bush presidency, when bracketed against the second, is easily seen as an era of golden, boring responsibility.